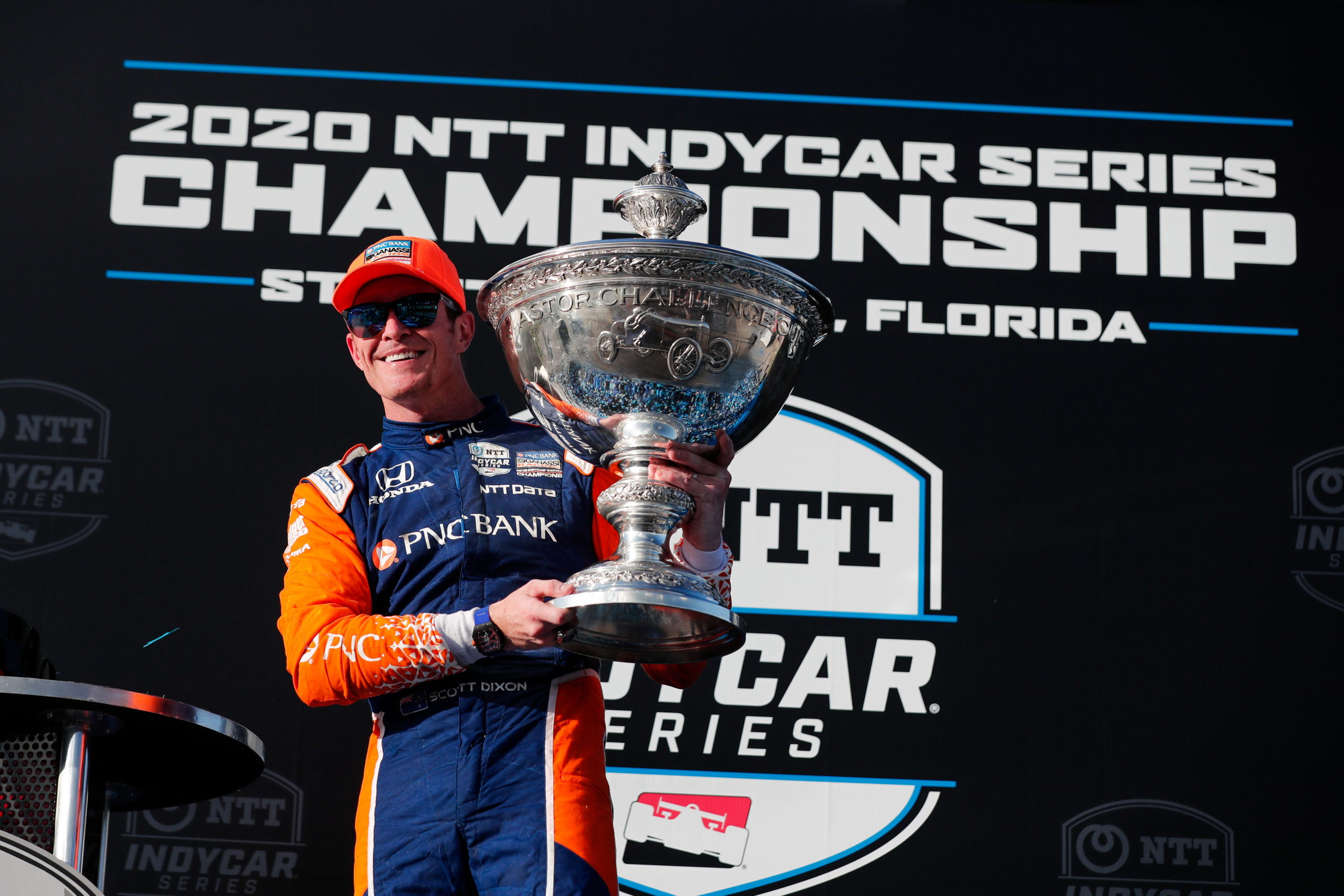 Scott Dixon has set his sights on a record-equalling seventh IndyCar Series crown after claiming his sixth title with Chip Ganassi Racing.

The 40-year-old won four races in 2020, never once losing the lead in the drivers’ standings after winning the season-opener at Texas Motor Speedway.

Dixon went on to win the following two races at Indianapolis Motor Speedway (Road Course) and Road America. His fourth and final win of the season came at the first Gateway Motorsports Park event.

A strong run by Newgarden late in the season saw a lead of over 100 points cut down to just 16 points by the end of the season.

With his sixth title success in nearly two decades of IndyCar Series competition, Dixon said he’ll try to emulate the efforts of AJ Foyt who sits atop the all-time winner’s list on seven titles.

“That’s obviously going to be the goal.”

However, the seasoned campaigner said achieving such a feat would be difficult.

“We had a few problems this weekend and just couldn’t piece it together (in qualifying).

“Credit again to the team again for being able to pull ourselves out of a hole and just stay consistent and have a smooth race.

“We definitely had the speed when we needed to push. Credit to Josef (Newgarden), he drove a great race there and put us under a lot of pressure.

“It definitely got pretty close there. Credit to Josef and Team Penske. They drove the last part of the season flawlessly, so it was awesome to race them again.

“We know next year is going to be the same. Big thanks to everybody again on the team. Now we can have a beer.”

The veteran was also joined by mechanic Blair Julian, who has worked with Dixon in every IndyCar Series season to date.

“I can’t thank everybody on this team enough. Obviously, Chip on the helm. Mike and Barry and everybody involved.

“I’m so proud to be powered by Honda and what they’ve been able to pull out this year, even with the deficit we had going into Indy in previous years; they nailed it.

“Big thanks to everybody. My family. I’m glad my girls are here. Emma is somewhere.

Dixon will begin his campaign for a seventh IndyCar Series title next year on March 7 at the St Petersburg Grand Prix.