Vettel says Leclerc in ‘another league’ in qualifying

Vettel says Leclerc in ‘another league’ in qualifying 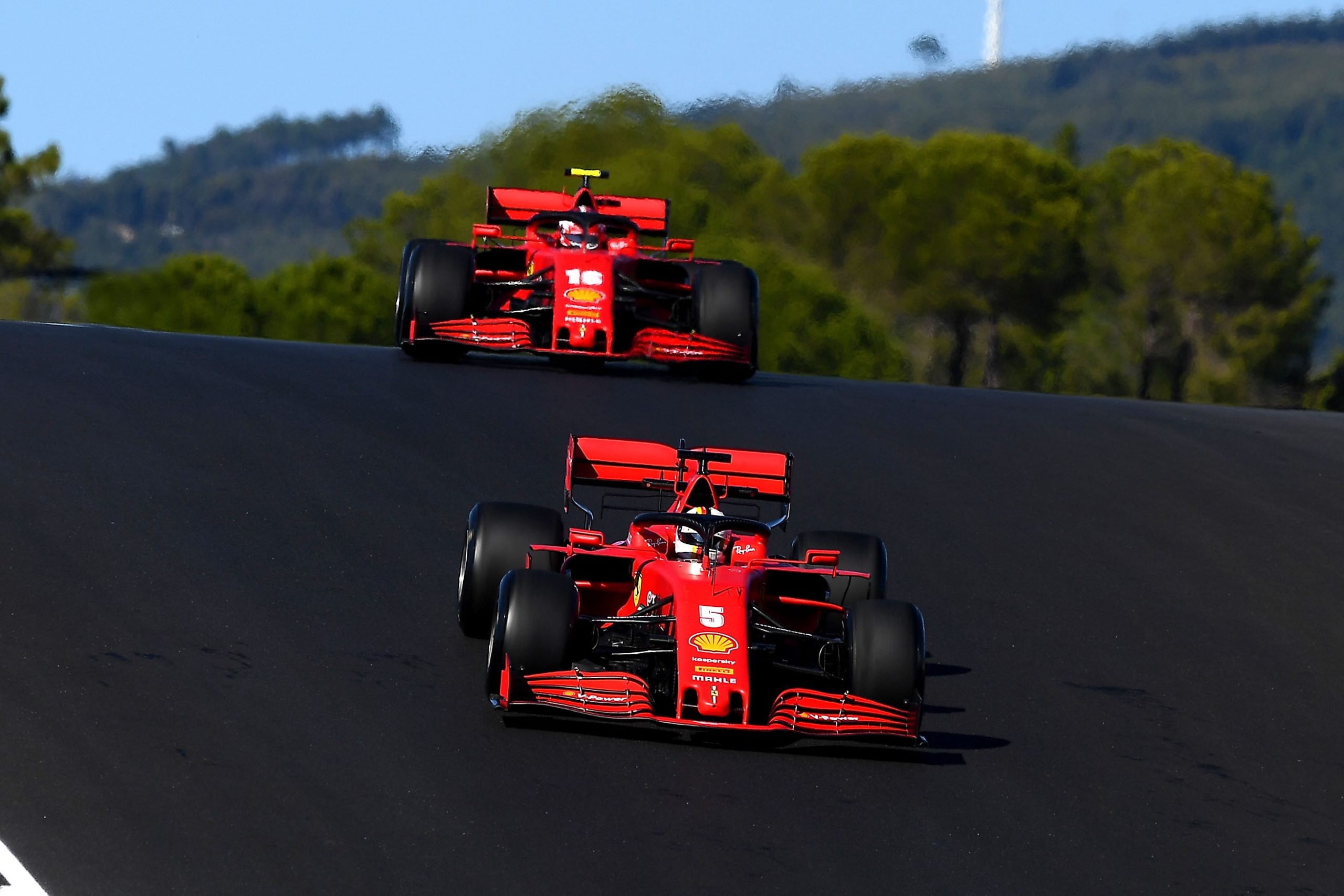 Sebastian Vettel says Ferrari team-mate Charles Leclerc is in ‘another league’ after the pair qualified 15th and fourth respectively at the Portuguese Grand Prix.

Vettel failed to make it out of Q2 after opting to run the medium compound at Algarve International Circuit in Portimao.

The German driver managed to make it out of Q1 and into Q2 on the medium tyre but couldn’t switch on the same compound tyre at the second time of asking.

Meanwhile, stable-mate Leclerc cruised through on the same tyre compound from Q2 into Q3.

It marks the ninth time this season that Leclerc has out-qualified Vettel, who lies 46 points adrift of the Monegasque pilot.

“At the moment it’s beyond me,” Vettel told Sky Germany.

“It’s not just beating, it’s like another league. Well, yeah, I try everything I can.

“I think the laps I make, which I am content with, are still too slow. At the moment there is nothing more I can do than just getting everything out of myself and the car.”

Vettel said he wasn’t able to get the soft tyre to work to his liking, leading to the decision to run the medium tyre.

“The whole weekend I was struggling a bit on the soft,” said Vettel.

“For me, the tyre was always washing out and we opened the tyres very quickly and suffered graining.

“The medium seemed to be resilient. I had a good feeling the first run, not so good laps, and then I thought easily I can do the time.

“But in the second run, I couldn’t get the tyres to work and that was the end.

“The problem is we are stuck in traffic tomorrow for the whole race so it’s going to be the same as the last races.

“It’s very difficult to feel the rhythm when it’s different every time around, which is normally tyre temperature related, and seemed to make a big difference this weekend so far, so we’ll see what we can do tomorrow.”

While there were struggles for Vettel, it was all smiles at Mercedes.

The Silver Arrows claimed a one-two in qualifying led by Lewis Hamilton who recorded his 97th pole position.

Valtteri Bottas was second, having topped every practice session leading up to qualifying.

The Portuguese Grand Prix gets underway at 00:10 AEDT on Monday morning.