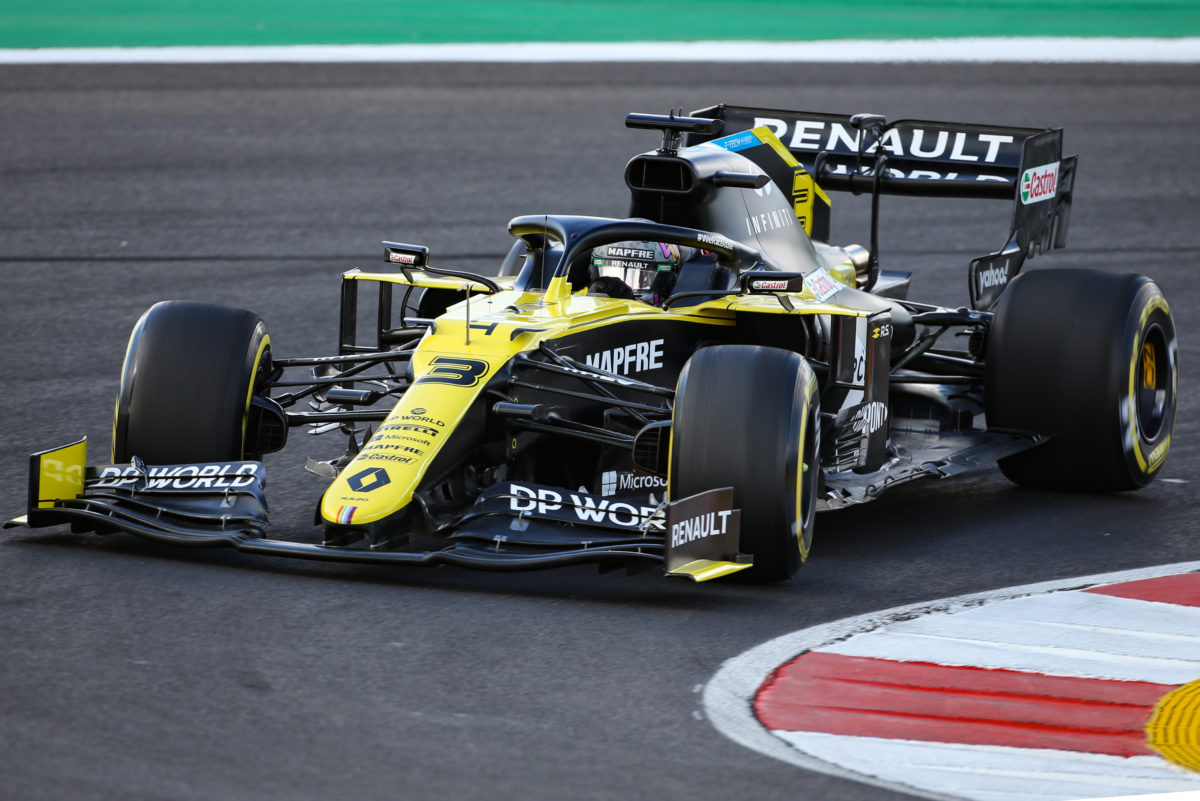 Daniel Ricciardo has revealed he was close to retaking the track in qualifying for this weekend’s Formula 1 Portuguese Grand Prix after a spin saw him tag the barriers.

The Renault driver lost the back end of his car late in Qualifying 2, backing into the tyre barriers at Turn 11 of the Portimao circuit.

It left the Australia with a damaged rear wing as that phase of the three-part session concluded, and a race against time for the team to repair the car in time for Qualifying 3.

As events transpired, Ricciardo did not reemerge from the garage, and will start the race from 10th as a result.

“When I lost it I was like ‘alright just spin and get going again’, but it kept going, going until I hit the barrier and damaged the rear wing,” he told Sky Sports.

“The team actually got very close to getting me back out on track for Q3. I honestly think one more minute and we were on track.

“It’s a bit of a shame, I could see them working hard in the mirrors and trying to make it work for me.”

The spin came as Ricciardo worked his way through his final flying lap in the closing moments of Qualifying 2.

Approaching Turn 11 he was forced to deal with traffic, which appeared to put him wide of the idea racing line at turn in to the right-hander.

He then lost control and bounced backwards through the gravel before making contact with the tyre barrier.

“The cars, as we know, are quite sensitive,” Ricciardo reasoned.

“I had to get past a bit of lapped cars. Obviously They’re off the race line but turning in and braking depends on where the wind’s coming from.

“(It) Felt like as soon as I got in I lost the rear, but I’ll watch it again, see if there’s something I (did that) caused it.”

Renault’s strong recent pace has been more elusive in Portugal, with Ricciardo 10th and team-mate Esteban Ocon missing the final phase of qualifying in 11th.

However, a strong race remains a possibility the Eifel GP podium finisher reasoned.

“I think because the surface is so slippery everyone’s putting on all the downforce they’ve got and, although we’ve improved, I think we’re still know that that’s our weakest area,” Ricciardo admitted.

“I think we know a lot of cars still have a lot better real high downforce packages than us and I think that’s where they’re getting us in my mind.

“But once the race settles and we get into the tyres, should be okay. I’m ready to move forward, finish better than 10th absolutely, and make up for the error today.”

The Portuguese Grand Prix is scheduled to get underway from 00:10 AEDT Monday morning, with Lewis Hamilton heading an all-Mercedes front row.