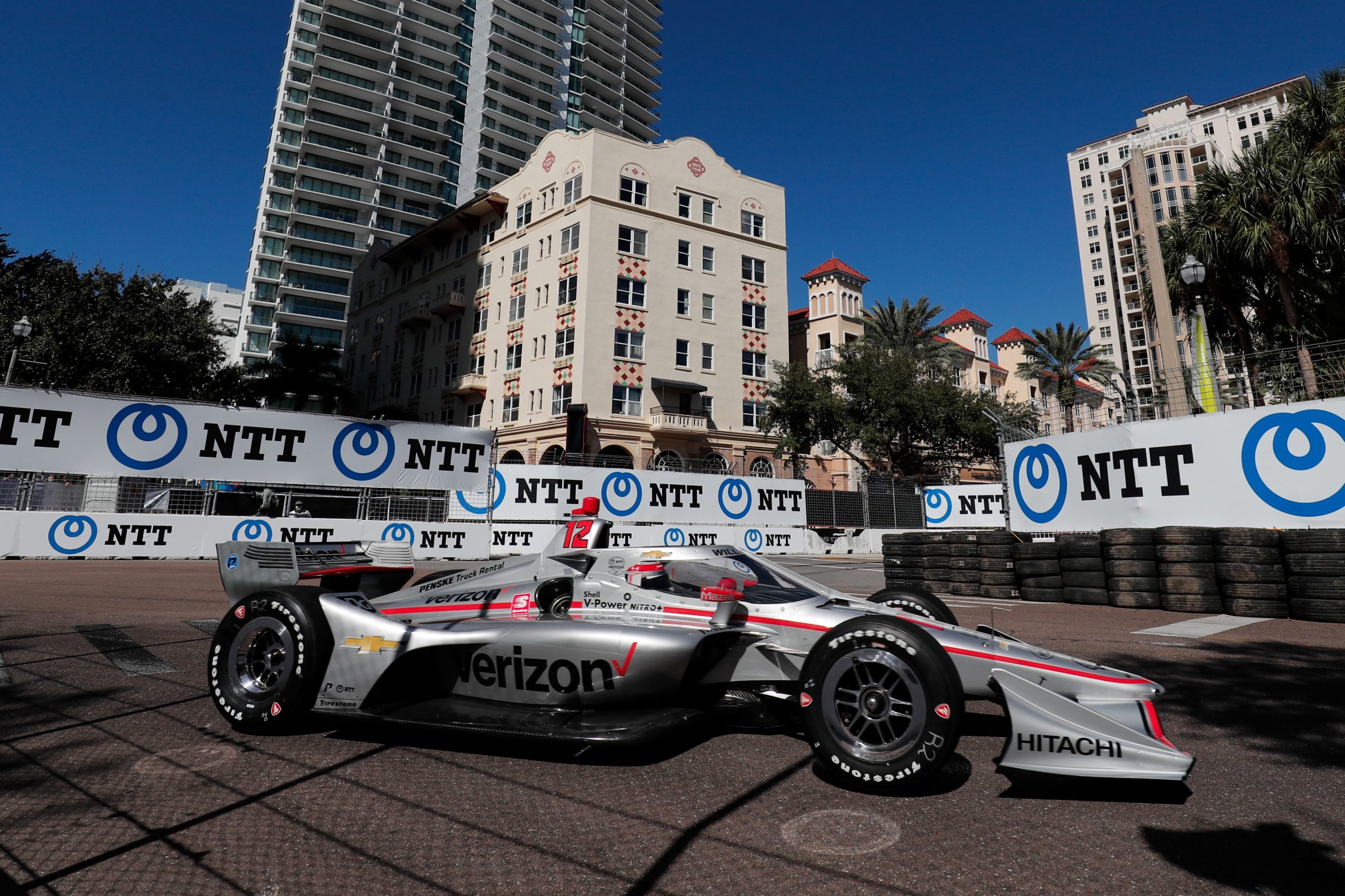 Will Power has claimed pole position for the Grand Prix of St Petersburg while Team Penske team-mate Scott McLaughlin will start from 21st.

It’s the ninth time Power has claimed pole position at the part-airfield part-street course and the 62nd time he will start from the top spot.

The Toowoomba driver sits second on the all-time pole winners behind Mario Andretti who has 67 to his name.

“I thought we had worse tyres than the other guys, I just absolutely nailed it, man,” said Power.

“Really, really good lap. I had to work the wheel hard for that one. So stoked to get the Verizon car on pole again.

“Hopefully we can get Chevy in victory lane again tomorrow, That’d be fantastic.”

The 27-year-old was promoted to 11th in the group after Marco Andretti (Andretti Herta Autosport with Marco & Curb-Agajani) was stripped of his two fastest laps.

Power, meanwhile, was third fastest in Group 2, which saw him move through to Round 2 of Qualifying.

The #12 pilot then set the fastest time in Round 2 to progress through to the Firestone Fast Six along with Colton Herta, Patricio O’Ward, Jack Harvey, James Hinchcliffe, and Alexander Rossi.

That was where Power clocked the fastest time, and despite no one else threatening to beat his best lap, the Australian set an even faster final lap with a 1:00.312s to secure pole position.

“I just love getting the absolute most out of something and perfecting a craft I’ve been working at for 25 years.”

Series title combatants Josef Newgarden and Scott Dixon failed to make it through to the final portion of Qualifying, only setting the eighth and 11th fastest times respectively in Round 2.

Both drivers were left to lament poor qualifying performances on the softer compound ‘red’ tyre.

“That was a little bit strange,” said Dixon.

“Our first qualifying session the car felt really good. I just didn’t really piece it together that well and then we kind of flip-flopped how we did it.

“The first run we dd three on black (hard compound) and four on red (soft compound). We thought the reds came in quick enough but just with how the traffic was, having to slow down, there was really only two laps.

“Each corner I was making the car was getting more grip, but I just needed another lap. It is what it is.

“Our mistake. I think I’m starting 11th and Josef is eighth, that definitely helps us a lot them not qualifying on pole and getting an extra point. If they’re not making the top three then we don’t have to do anything.”

Ninth in the final race of the season will guarantee Dixon his sixth IndyCar Series title.

Despite qualifying down the order, Newgarden remained optimistic that he can fight for the win in the 100-lap affair.

“We took a swing at it for Q2 and it wasn’t the right direction,” he said.

“I definitely had a lot of slides and it just wasn’t clean. I think just putting a clean lap together would have been good to transfer and we just didn’t do the job.

“It makes our programme a little harder for tomorrow, but we’ve still got to go for the win.

The Grand Prix of St Petersburg gets underway on Monday at 5:30 AEDT.