Far North Queensland, like many parts of Australia, has been hit hard by the global pandemic in a year where the world has been turned upside down.

But in early September there was a buzz around the tropical tourist capital of Cairns when Targa came to town.

The highly respected tarmac rally championship defied the odds to safely and successfully run its event as scheduled.

The third running of Targa Great Barrier Reef injected Cairns with much needed business and entertainment, therefore giving the tourism-ravaged region a much needed boost.

Aside from a sprinkling of AFL matches at Cairns’ Cazalys Stadium, the city had been in dire need of big events. And Targa provided the ideal tonic.

Targa made some innovative modifications to the event which saw the field of more than 100 cars engage in what was called the Targa Cavalcade where crews, under police escort, drove a 27km route from south of Cairns to the CBD at the completion of the competitive stages around the Cassowary Coast on day two of the three day rally.

With crowd restrictions in place, the genius of the idea saw thousands of people set-up deckchairs, lounges and BBQ’s in the front yards as the field of eclectic tarmac rally machines drove past. The philosophy was simple – if the people can’t come to the event, take the event to the people.

It solidified the success of Targa in North Queensland which has recently inked an extension with the Queensland Government to run TGBR for a further three years from 2021.

Targa competition has grown to become the pre-eminent road rallying format in the world since the first running of Targa Tasmania in 1992.

Targa forms part of the Motorsport Australia-sanctioned Australian Targa Championship which includes Tasmania as its centrepiece and the challenging and unpredictable Targa High Country based at Mount Buller around the alpine region of Victoria.

“Targa is all things to all people who are into their motorsport,” Targa Australia Chief Executive Mark Perry said.

“There is competition tailored for all standards and budgets along with the Tour section where people can enter the cars they drive day-to-day and enjoy the entire experience of Targa rallying on closed public roads.

“While we could not proceed with Targa Tasmania in April at the height of the pandemic we were overwhelmed to be able to safely stage Targa Great Barrier Reef in September.

“We were determined to proceed with our event even with the travel restrictions for Victoria, NSW and the ACT impacting some competitors attending.

“The response from Cairns locals, the media, police and all of our key stakeholders was truly amazing and testimony that we have a product which holds a broad appeal.”

Due to the continued uncertainty in Victoria, Targa High Country has been shifted from its traditional early November date to February 5-7, 2021, which will now provide a solid lead-up to Targa Tasmania in April, 2021.

Targa Tasmania sits firmly as the showpiece event in the Targa portfolio with its combination of highly challenging and technical roads unique to the island state.

With the cancellation of the event this year, 2021 will see Targa Tasmania held from April 19-24 with the event expanding to 39 stages over 626km competitive kilometres. This will see two stages which have never been used in the event before and the revival of several discontinued runs.

From the landmark 30th running of Targa Tasmania in 2022 the event, which embraces the entire state, will revert to a March date.

Perhaps one of the biggest transformations of Targa in recent times was the acquisition of the business last year by the powerful Dutton Group.

With a customer base of more than 40,000 and a demographic firmly in the hair-trigger of tarmac rallying, Dutton draws on more than 100 years of experience in the automotive business.

Following hot on the heels of the Dutton acquisition, Targa unveiled a complete overhaul of its business strategy by announcing a major rebranding exercise earlier this year.

This included a sweeping new approach to business strategies and a redesigned logo and website.

There are two clear markets for the discipline – the Targa Competitions brand and the Targa Tours element which aims to be the ultimate driving getaway. The Tour component of Targa represents a large part of the business. This is specifically for non-competitive entrants where they can enjoy their own vehicles on closed public roads and enjoy the experience of a highly professional event which includes fine dining and quality accommodation.

The Targa Tour highlights the rich camaraderie the business has become renowned for since that first running of Targa Tasmania in 1992.

Networkcafe.com.au has been developed by Speedcafe.com as a valuable support mechanism for the industry and its suppliers, sponsors, clubs and organisations during the COVID-19 period, including brands like Targa.

Targa Australia is one of several organisations which have joined Networkcafe.com.au in an effort to continually promote their message.

Perry acknowledged the support an outlet such as Networkcafe.com.au offers the tarmac rally genre.

“Our business has undergone a tremendous transformation in recent times with new ownership together with Motorsport Australia sanctioning Targa as a national championship and fresh marketing and branding strategies,” said Perry.

“These have come ahead of this challenging time the world has been dealt through COVID-19 so we appreciate the opportunity to join an initiative such as Networkcafe.com.au.”

For more information of events, entries, eligibility of vehicles and the full supplementary regulations go to Targa.com.au. 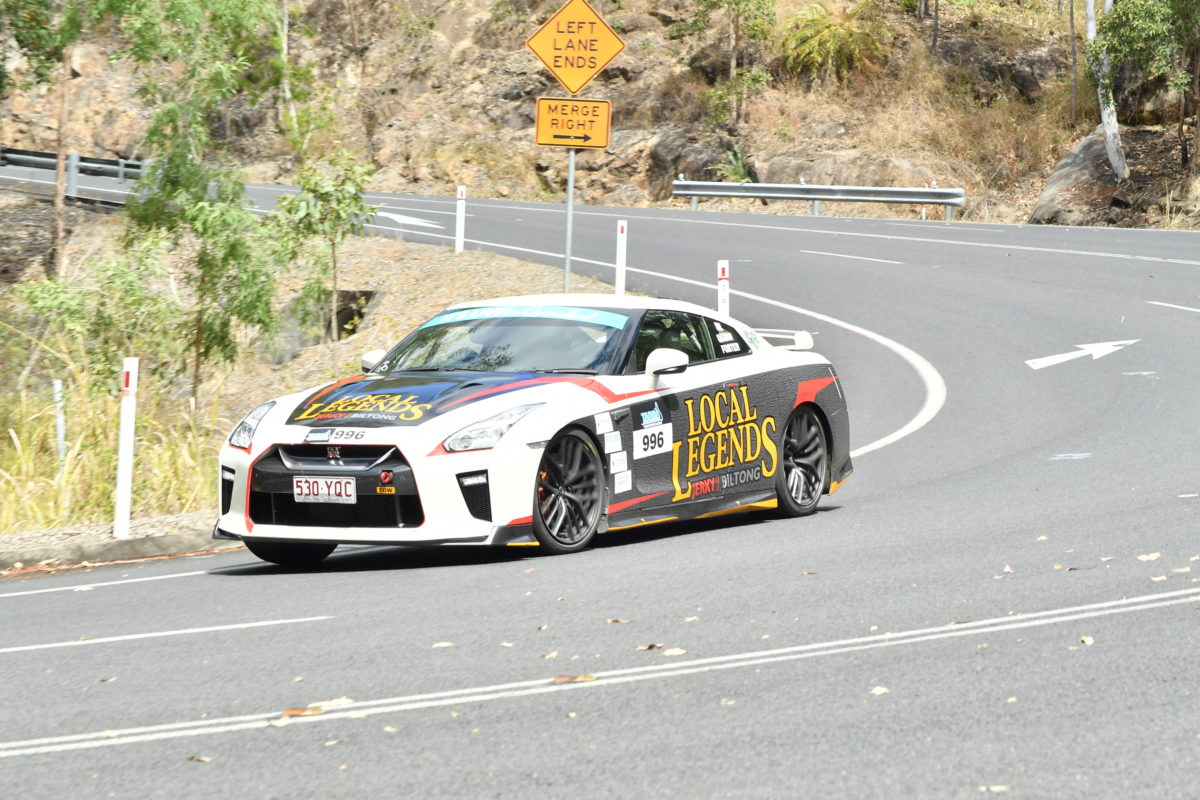