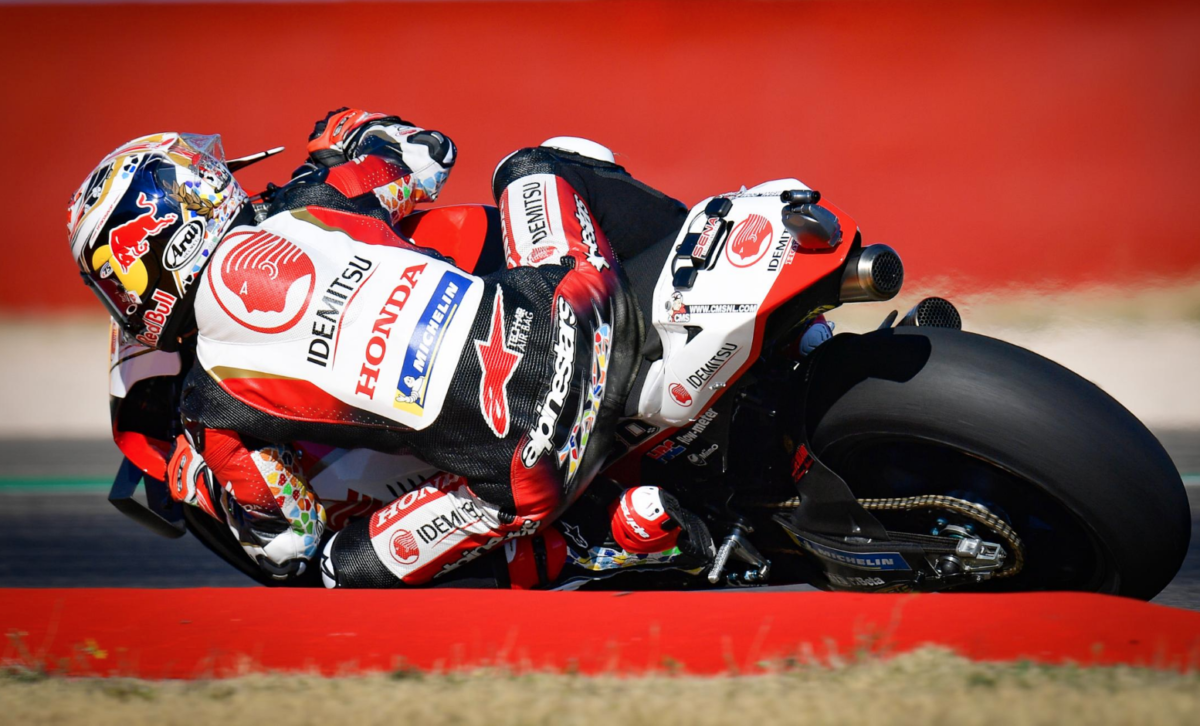 The Japanese rider headed the field by 0.063s over Franco Morbidelli in a Qualifying 2 session that ran without Jack Miller.

Missing the cut, Miller recorded a time good enough for 14th on the grid for Sunday’s race, the first of the Ducati Desmosedici GP20 riders.

He does not boast the honour of the lead Ducati rider, however, with Johann Zarco fifth on the grid on a GP19.

Third in the standings, Maverick Vinales will line up fourth while Andrea Dovizioso will start 17th.

Nakagami was quick out the gates, setting the provisional pole time only for that to fall firstly to Vinales and then Rins.

However, a 1:46.882s later in proceedings secured pole position for the Japanese rider, who signed a two-year deal with Honda last week.

Morbidelli came close but was unable to usurp the time while Rins climbed the order on his final lap to secure third on the grid.

The second row will be headed by Vinales with Zarco alongside him, the Ducati rider falling at the final corner late in the session.

It created a confused situation with a number of lap times initially deleted as a result of the incident only for them to be reinstated after a miscommunication between Race Control and the corner marshals was resolved.

Nakagami’s performance marked the first time in 16 years that a Japanese rider has recorded a MotoGP pole, the last such instance coming in 2004 courtesy of Makoto Tamada.

The Teruel MotoGP is scheduled to begin at 23:00 AEDT this evening.