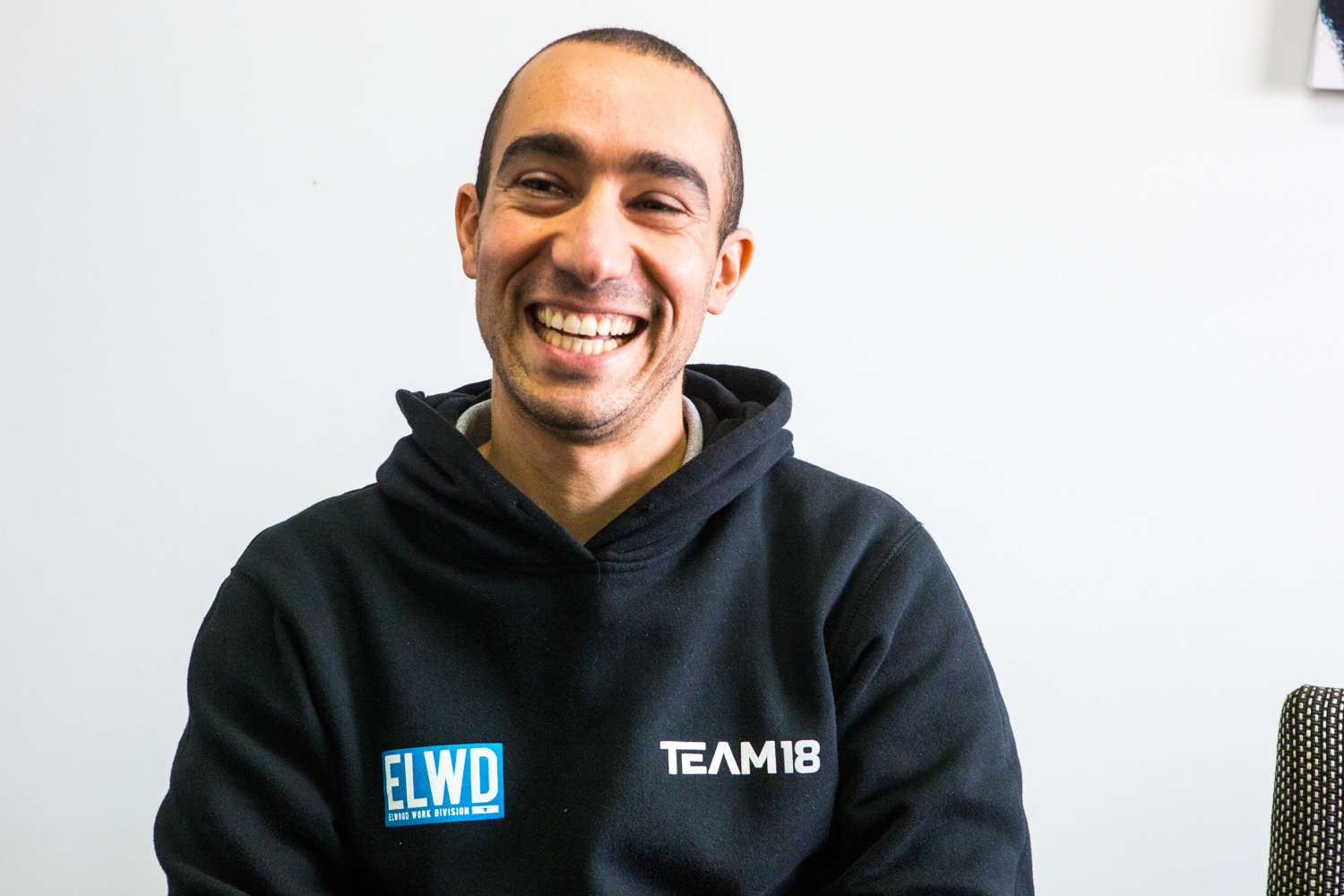 It’s been seven years since Team 18 engineer Manuel Sanchez packed his life into cardboard boxes and moved from Venezuela to Australia. He hasn’t looked back.

Born in the second largest city in Venezuela of 1.9 million, Maracaibo, Sanchez grew up with very little interest in motor racing.

Out of high school, Sanchez attended university where he studied mechanical engineering. It was there that he joined the university’s SAE programme whereby students design, build, and compete in an open-wheel race car.

Shortly after a trip to the United States with the SAE programme, Sanchez received an internship to work for an oil exploration company.

He would spend months at a time on an off-shore drilling rig, travelling to and from by boat, plane, or helicopter. However, he had little interest in the apprenticeship and soon refocused his attention to his newfound interest in racing.

Sanchez looked to the United Kingdom initially. An opportunity to further his racing ambitions through study was forthcoming, but with very little time to organise translations of important documents, he turned his attention to Spain.

A similar motorsport-based course in the country’s north had an opening that Sanchez soon jumped at.

Sanchez dovetailed his education, first as a data engineer in Spanish motorcycle championships and then in Formula Renault. 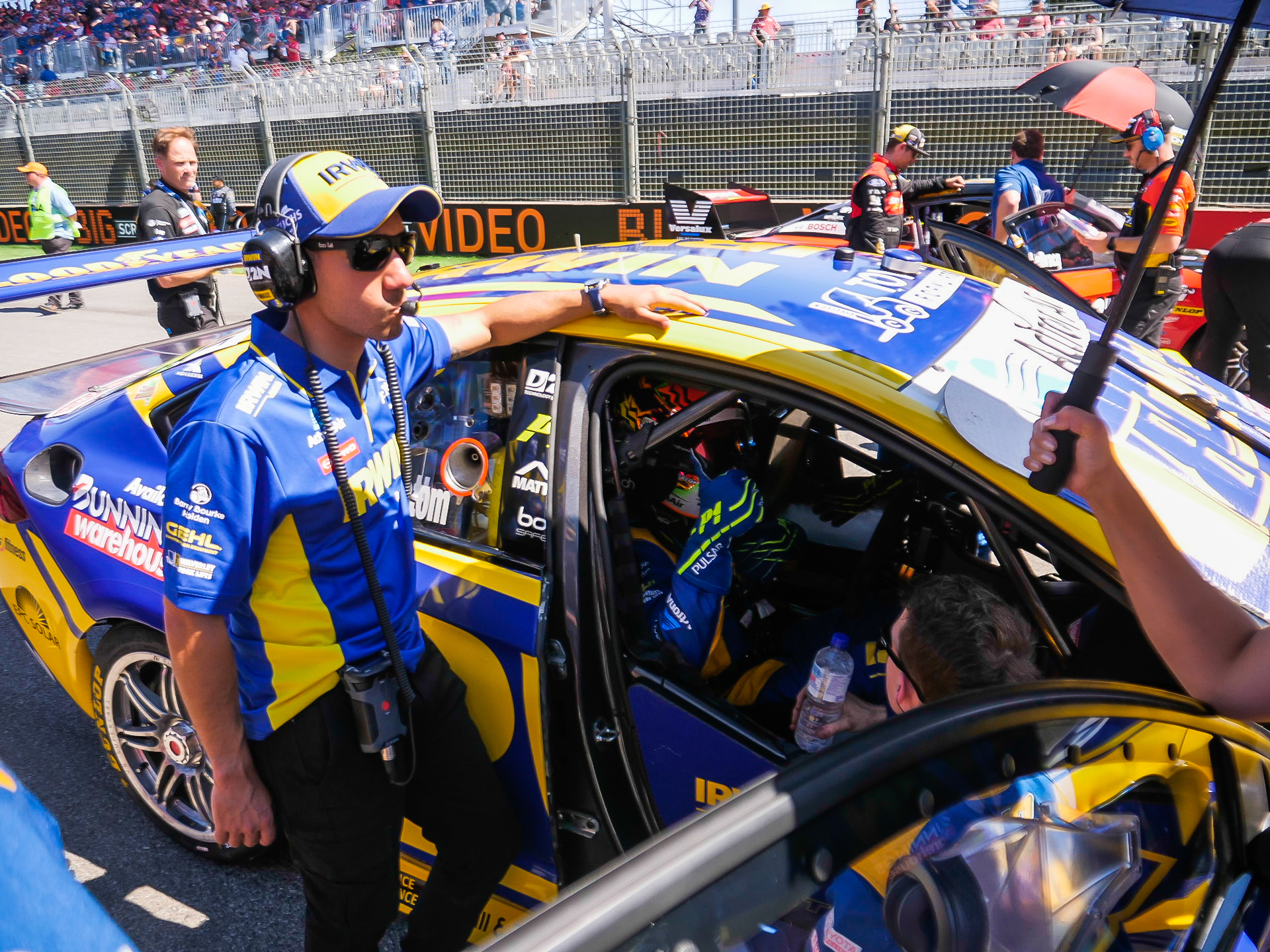 “I sold everything I had, I sold my car, sold whatever I had and tried to make it work,” Sanchez told Speedcafe.com.

“That was a one year course. Halfway through I started working with motorbikes, just freelance, coming to race weekends, I was a weekend warrior.

“Initially I wasn’t really getting paid. They would fly me in and out and just give me accommodation. I worked for free, just gained the experience. I did that for like six months.

“Once before a test or a race I would go to a workshop and set the bikes up. Then they started paying me for that and to go to the pre-race meeting.”

As his course came to a close, Sanchez began looking for career opportunities and sent his CV to all corners of the world looking for work, including Australia.

The pair exchanged correspondence. However, it would be five years before an opportunity would be forthcoming.

“I was just trying to get into motorsport at all costs, like anywhere,” Sanchez explained.

“I was sending resumes to every team in Europe, in the United States, in Australia. I sent it out to a few I’d say, if not all Supercars teams.

“That was 2008. Garry actually replied and he said, ‘We need an engineer.’ So I had a chat with him over the phone.

“I thought it went all right, they said, ‘You’ll get a call from the team manager.’ I never got any other calls. I called back and then they said the positions had been fulfilled, but thanks for your interest, this and that.” 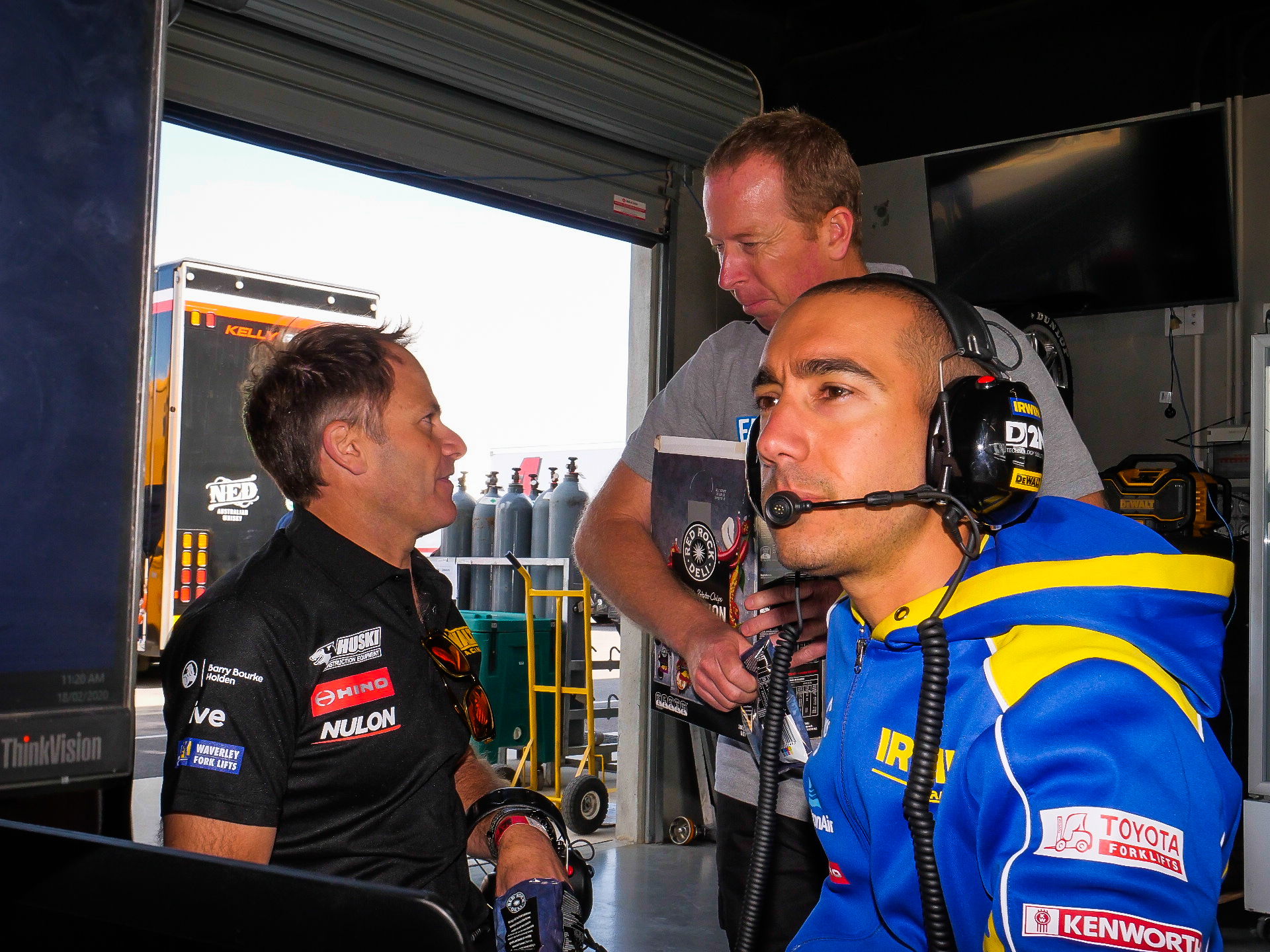 In that time, Sanchez had found work with the factory Renault team in Argentina’s premier touring car class, TC 2000. Nevertheless, he kept tabs on the Supercars scene.

Once more, an opportunity arose at Garry Rogers Motorsport. Coincidentally, Sanchez had decided to have his honeymoon in Australia.

“The Argentina thing came through, but I always kept an eye just to see what’s out there,” he said.

“Then 2012 actually there was another opportunity at Garry’s. I already had the contact details for the team manager, so I just reached out directly to him.

“I said, ‘man, what are the chances?’ He said, ‘Oh well it’s a bit tricky because it’s hard to hire anybody before meeting you and you’re not here.’

“I always wanted to come to Australia, regardless of the racing I’ve always been interested in coming to Australia.

“So actually, when I got married we had our honeymoon here and then I was already planning to come (to Australia).

“So I told him, ‘Well mate, that’s fine, no dramas, but I’ll let you know, I’m going to go to Australia for my honeymoon.’ 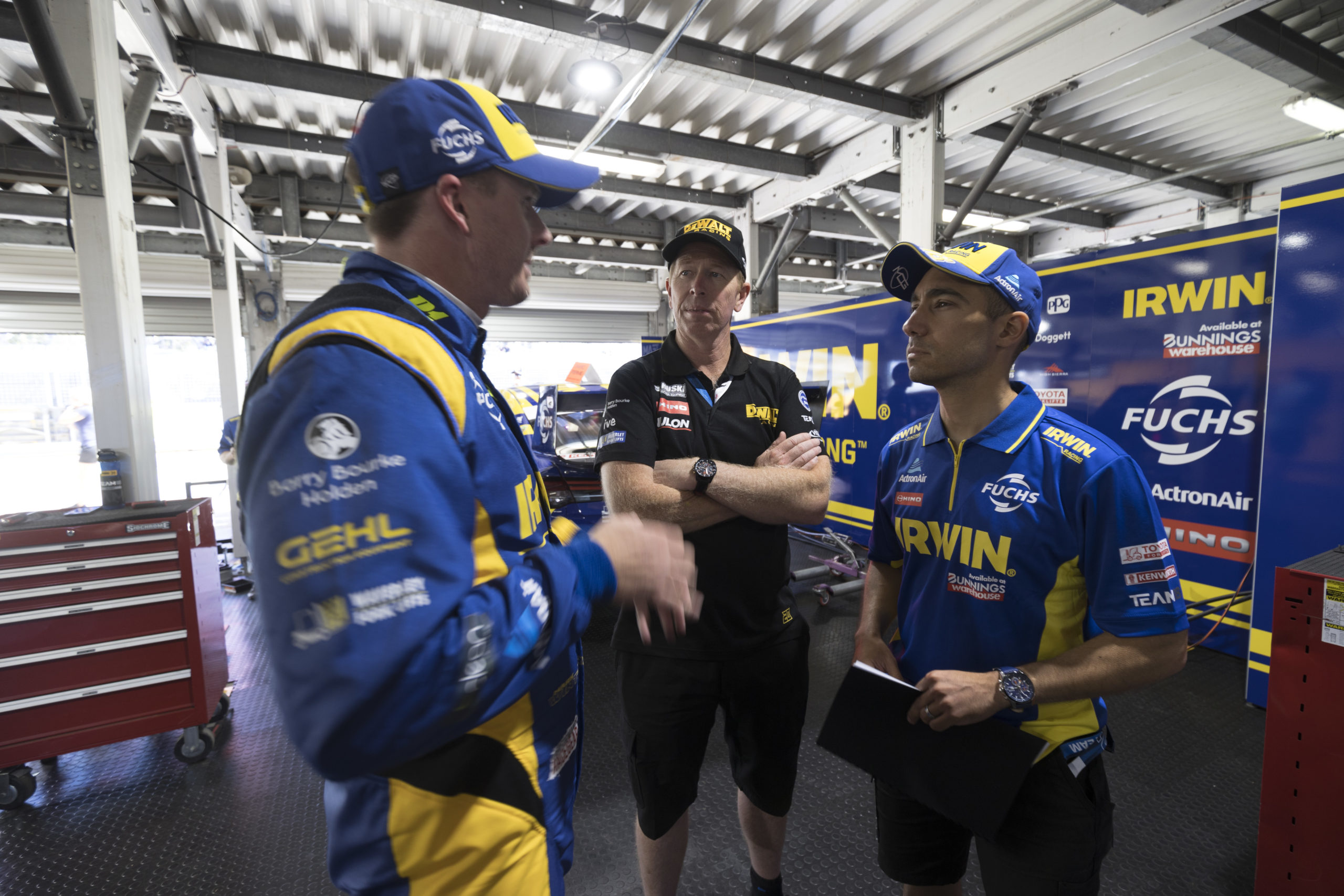 Sanchez arrived on Christmas Day in 2012 and met with Rogers and the team manager in the new year.

“At that point I didn’t know there were any openings, but I just went in there just to look at the cars,” he explained.

“They said, ‘Oh well there’s actually a couple of openings coming up, so what do you think?’ I said, ‘Well yeah mate, I’m keen.’

“Then I had a proper interview with him and Garry then they did a bit of a tour around the workshop and then everything went all right.

“They didn’t say anything at the time, you know, ‘nice to meet you’, whatever, ‘keep on enjoying your honeymoon’, things like that.”

Having been knocked back five years earlier, Sanchez didn’t hold out much hope.

“But that was like two or three days before I was going back to Argentina.

“Then he said, ‘You have to be here soon because we’ve got a test day coming up. You should be here by that.’ I said, ‘I’ll make it work.’” 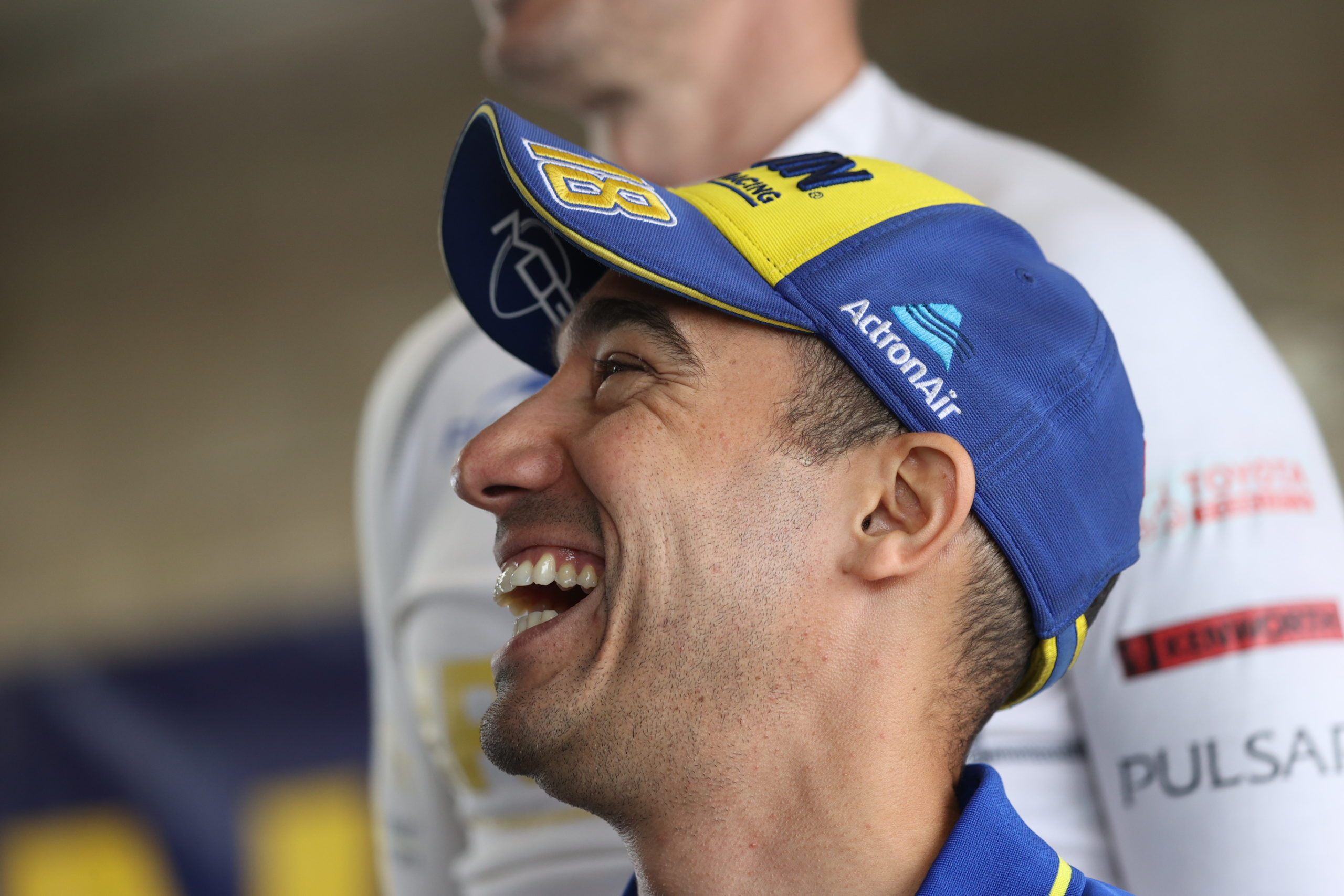 No sooner was the honeymoon over and Sanchez returned home to pack up his life and move to Australia where he’s been ever since.

Within a few months he was ‘down under’ for the test day. The rest, they say, is history.

Sanchez began working for the team in 2013 until the time that it withdrew from the Supercars Championship at the end of 2019.

In that time, Sanchez worked as a race engineer for Alex Premat, Robert Dahlgren during the Volvo era, then David Wall, James Moffat, and more recently James Golding.

He soon found a new home in Team 18, which expanded to a two-car operation at the start of 2020.

Sanchez said he has enjoyed working with the Charlie Schwerkolt-owned team and bringing his own ideas to the table.

This year they finished sixth in the teams’ championship in what is the first season as a two-car operation.

“It’s good to do something different because It was seven years at Garry’s,” said Sanchez.

“You probably get too comfortable in one spot so it’s a good challenge. Like anything, you come to a different team, and it even happened when I came from Argentina, there’s things you think oh they’re doing better, things you think or you know we could better. So I think that’s a little bit of what I can do here.

“Definitely the stuff they’re doing all right, but I think there’s stuff we can improve on based on what I’ve seen in some other places, like that experience I bring. Keep the good things and try to improve on the other ones.”