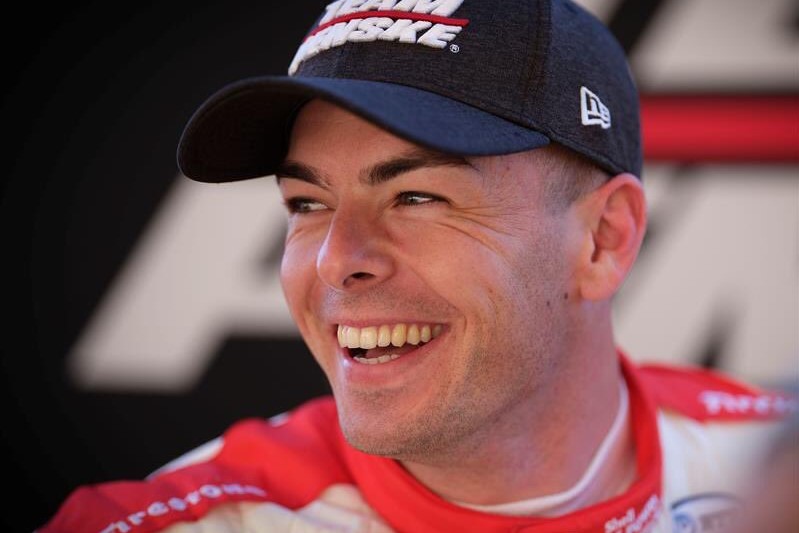 Scott McLaughlin has made a strong start to his IndyCar Series racing debut at the Grand Prix of St Petersburg with the 10th fastest time in the sole practice session.

The 90-minute session wasn’t entirely trouble-free for the 27-year-old, who made a handful of errors late in the session during his qualifying simulation.

The series debutant ended the session in the dirt at the final corner after locking up as he began his final flying lap.

“There’s still a lot more to learn but we did a good lap on the primaries (hard compound tyre).

“I think if we could have got something done on the reds (soft compound) it would have been good.

“I just kept stuffing it up so I’ve got to tune up the driver a little bit.

“I’ve got plenty to learn. It’s hard to learn on a track that’s full of concrete walls. I’m just creeping up on it.

“Obviously, only one set of (red) tyres compared to the two or three that we had on the blacks.

“Whenever you have grip, it’s nice. Overall, it’s a solid session and exactly what we want to do. We just want to complete every lap.

“Had a couple of misdemeanours just trying to do a flick spin in like I would in the Supercar but stalled it. I need to work on my clutch control a little bit more, but we’re okay.”

The Team Penske pilot was first out onto the part-airfield part-street course for the 90-minute session.

McLaughlin set his benchmark on a 1:05.847s but gradually improved and at the end of his first nine-lap stint lowered his best time to a 1:05.010s.

That put him 1.7s adrift of timesheet topper Santino Ferucci, who was followed by Alexander Rossi and Takuma Sato.

McLaughlin continued to press on, dropping below the 1minute5second bracket with a 1:04.712s on his first flying lap with his second set of tyres.

As the session wore on, the times continued to tumble as McLaughlin got up to speed and the track rubbered in.

His best effort came on the harder compound tyre, which put him just behind team-mate Will Power on the softer compound.

The Shell V-Power Nitro-backed driver soon returned to the pit lane to fit his Chevrolet-powered Dallara IR-18 with the soft red wall tyre.

In the final few minutes of the session, McLaughlin appeared to struggle with understeer on the soft compound.

The Kiwi made a mistake at Turn 4, running deep and wide of the apex on his first flying lap.

On his second flying lap McLaughlin set his personal best sector, but couldn’t bank a lap before Felix Rosenqvist spun at the final turn and brought out the red flag.

At the same time, McLaughlin made a mistake at Turn 10, braking too deep and stalled in the run-off.

After a brief intermission, the session restarted and the field filed out of pit lane for a qualifying simulation.

However, it wasn’t long before the second red flag was brought out, this time for Oliver Askew who went off and buried his car in the tyre barrier at the final turn.

Moments later, McLaughlin locked up into the same turn and drove off into the dirt and stalled for the second time.

At the end of the session it was Herta on top with a 1:01.131s followed by James Hinchcliffe, Alex Palou, Takuma Sato, Sebastian Bourdais, Alexander Rossi, Rinus VeeKay, Josef Newgarden, Power, and McLaughlin.

McLaughlin’s best lap on the harder compound tyre put him just 0.546s adrift of the time set by Herta.

In total, the third best Team Penske pilot completed 45 laps in the session, the equal most laps with Marcus Ericsson.

Qualifying for the Grand Prix of St Petersburg gets underway at 6:05 AEDT.