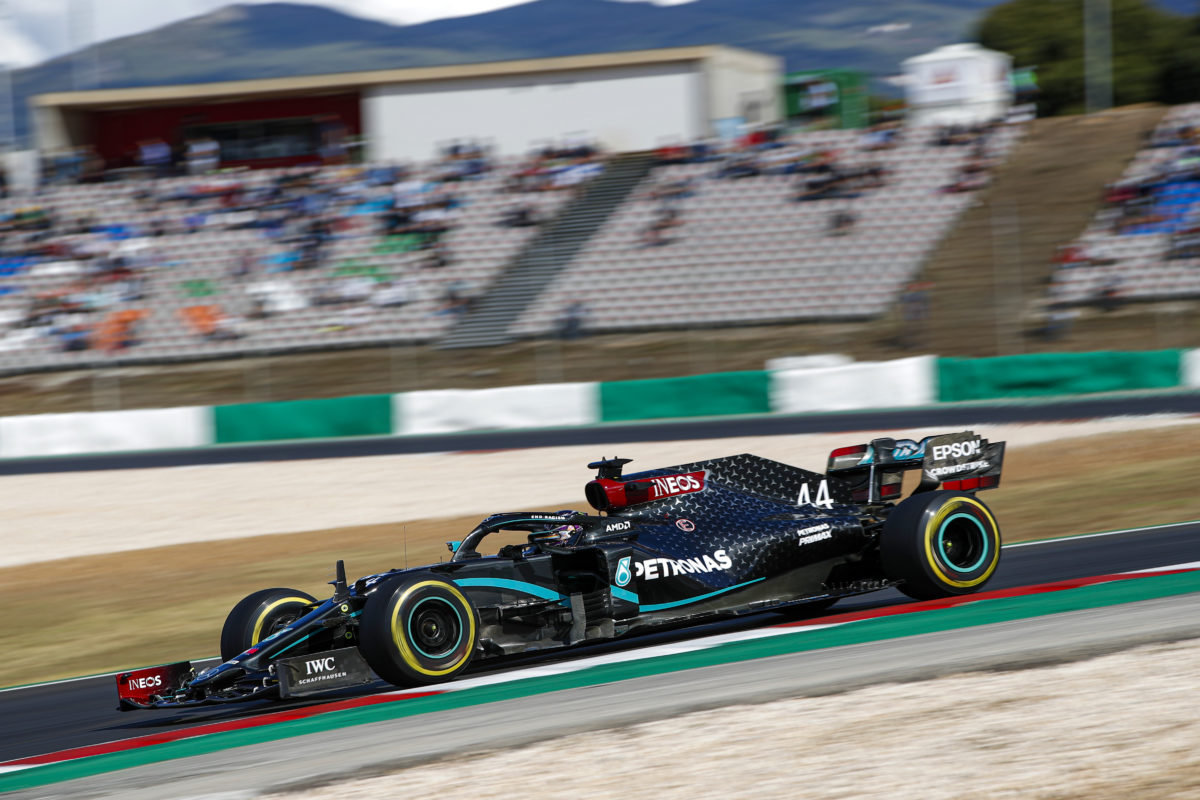 Lewis Hamilton picked the pocket of Valtteri Bottas to steal pole for the Formula 1 Portuguese Grand Prix in Portimao.

The Mercedes pair will line up alongside one another on the front row, with Max Verstappen third and Daniel Ricciardo 10th.

A spin at the end of Qualifying 2 left the Australian with a damaged rear wing, and he never emerged to set a time in Qualifying 3.

“I can’t tell you how hard that was today,” Hamilton said after sealing his 97th career pole.

“Yes, we’ve got a great car, but you’ve got to drive the nuts off of it to pull out a lap, and Valtteri’s been so quick this weekend – you’ve seen he’s topped every session.

“I was like ‘okay, this could provide me with an opportunity’, and it worked. That last lap it got better and better as I went through it.”

Qualifying had been delayed when a drain cover lifted in the closing moments of Free Practice 3 earlier in the day.

Works to remedy the issue saw a 30-minute delay to the start of the session, the opening phase of which ended with both Alfa Romeos (Kimi Raikkonen in front of Antonio Giovinazzi), the two Haas (Romain Grosjean ahead of Kevin Magnussen), and Nicholas Latifi (Williams) failing to progress.

The quintet were eliminated, Raikkonen’s fate sealed courtesy of a late lap from George Russell who recorded the 15th best time as the chequered flag waved.

A queue formed at the end of pit lane as the second phase began, headed by the Racing Point of Lance Stroll on a fresh set of soft compound Pirelli tyres.

A mixture of compounds were used, with the likes of Hamilton, Bottas and both Ferraris opting for the yellow-walled medium tyres as those who expected to be at the front of the field looked towards Sunday’s grand prix.

Stroll set the early benchmark with a 1:17.6s, though that barrier was quickly moved on by team-mate Perez only for Bottas to go better still with a 1:16.466s.

Having had his initial flying lap hindered by traffic at Turn 13, Hamilton’s second attempt proved 0.358s slower than Bottas but still good enough for second.

With two minutes to run in the phase, Esteban Ocon began his final flying lap.

Sitting outside the top 10 at the time, it proved a scruffy affair, slow to the first two splits before a slide out of Turn 14 ruined any hope the Frenchman had of improving his position on the provisional grid.

Leaving his effort late, Ricciardo began his final lap with seconds left on the clock, but a spin saw him skate backwards through the gravel at Turn 11.

That resulted in light contact with the barriers, damaging his rear wing.

The Australian had turned in wide of the racing line as he rounded the slowing Ocon, the car swapping ends as he headed off track.

He was able to extricate the R.S.20 from the gravel and return to the garage, scraping through in 10th while Ocon (Renault), Stroll (Racing Point), Daniil Kvyat (AlphaTauri), Russell (Williams), and Vettel (Ferrari) all missed the cut.

Bottas was the first driver to start a flying lap in Qualifying 3, the Finn having escaped Qualifying 2 on a set of medium compound tyres.

The initial effort netted a 1:16.986s lap, 0.047s faster than Hamilton could muster on his first flying lap moments later.

They were light years clear of the pack to that point, Alex Albon third quickest after his first effort lap but almost 0.9s off the pace at the front of the provisional grid.

Leclerc edged towards that to go third fastest, 0.470s off the pace for the Ferrari driver, before Verstappen banked a time 0.121s off Bottas’ best.

With just under five minutes to run Renault was busy fitting a new rear wing to Ricciardo’s car as Hamilton headed back out on track with a new set of medium compound tyres.

On track but slightly out of sequence with the bulk of the remaining runners, Pierre Gasly recorded a 1:18.034s with his lap, crossing the line with just over two minutes remaining in the session.

Hamilton headed out early as he planned two fast laps, with a cool down lap in between.

Across the garage, Bottas meanwhile opted for a single push lap in his quest for pole position.

Down to the first split, Hamilton went fastest of anyone to the middle split before moving fastest with a 1:16.934s lap on the first of his two timed laps.

Also on a set of the medium compound tyres, Bottas was 0.2s faster than anyone else to the first split.

He then picked up half a tenth in the middle sector as he completed the lap in 1:16.754s.

However, it was far from assured as Hamilton matched his team-mate through the first third of the lap, going on to steal top spot away as he flashed across the line with a 1:16.652s.

Third was Verstappen with Leclerc fourth while Perez claimed fifth fir Racing Point with the balance of the top 10 comprised of Albon, Carlos Sainz (McLaren), and Gasly.

Ricciardo did not emerged in the session and was resigned ti 10th as a result.

The Portuguese Grand Prix gets underway at 00:10 AEDT on Monday morning. 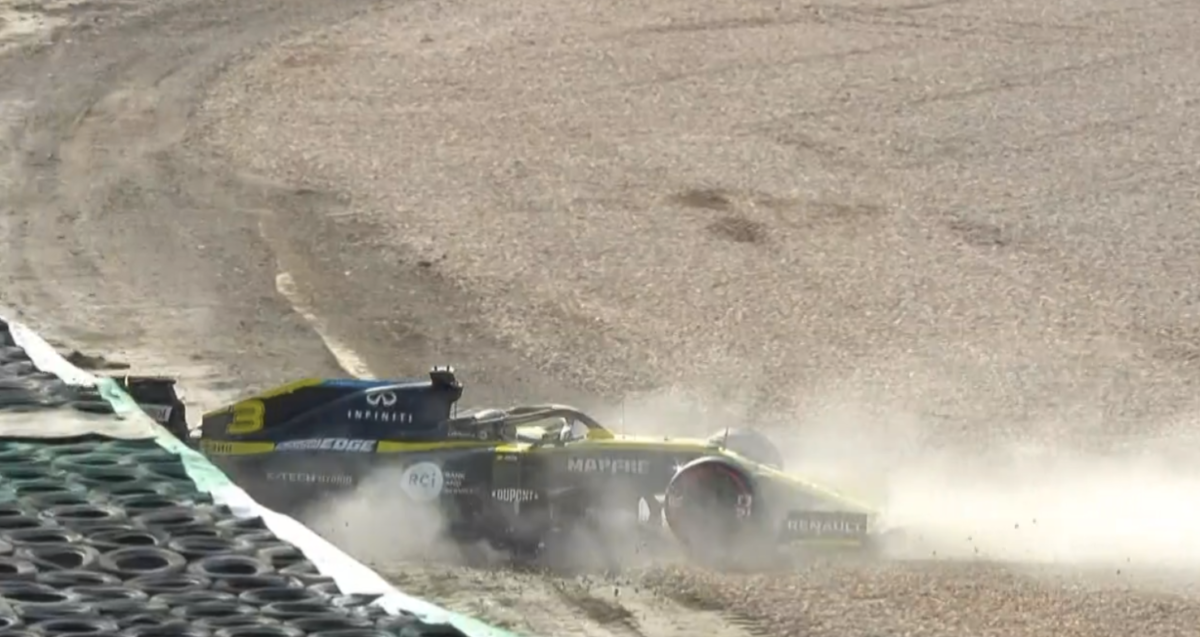