Top 10 finish ‘would be like a win’ for McLaughlin

Top 10 finish ‘would be like a win’ for McLaughlin 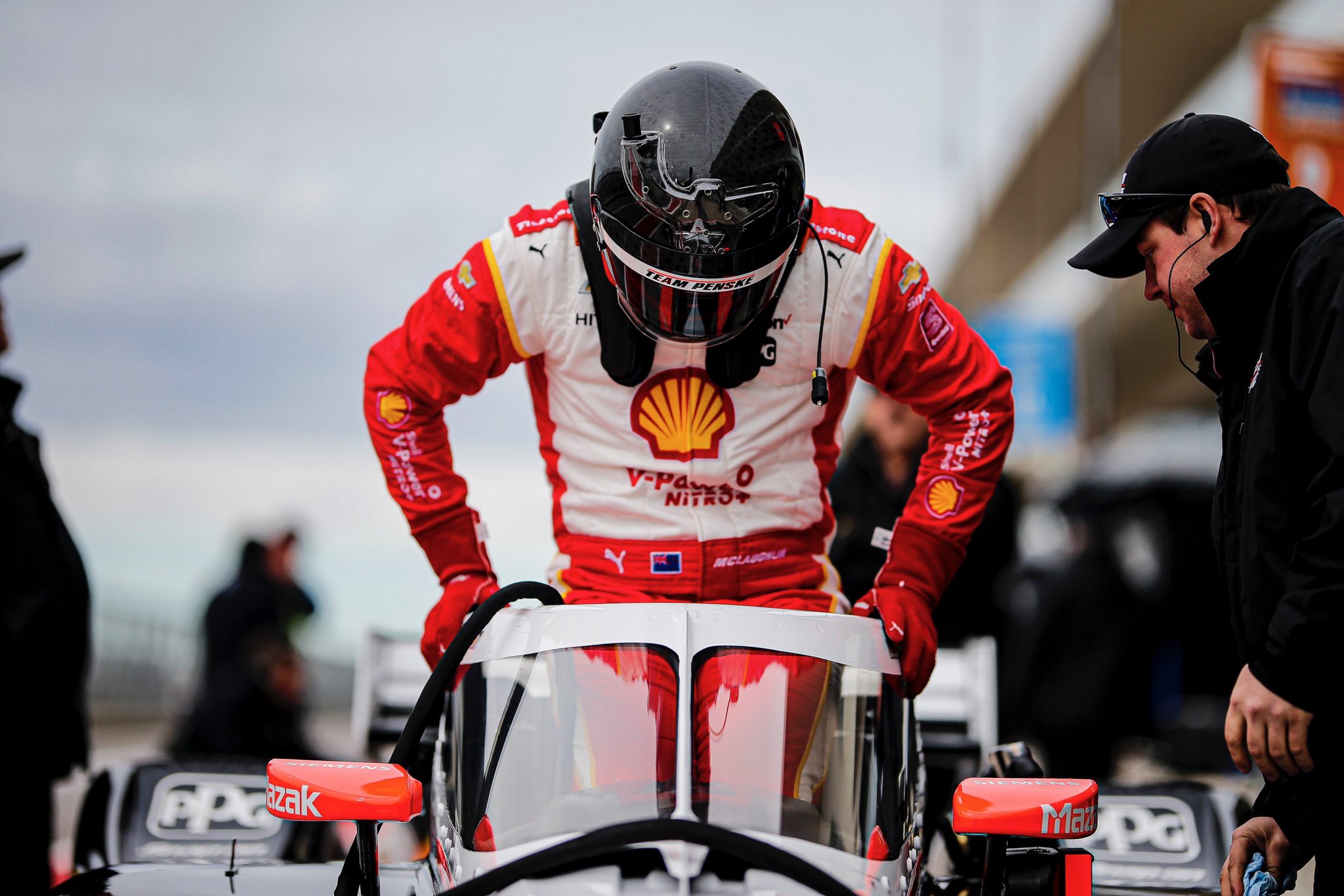 IndyCar Series debutant Scott McLaughlin says finishing inside the top 10 at the Grand Prix of St Petersburg “would be like a win”.

McLaughlin will join Team Penske this weekend in what will be his first race in the single-seater series.

Earlier this year the 27-year-old completed tests at Sebring International Raceway, Circuit of The Americas, and Texas Motor Speedway.

It was the COTA Open Test where he impressed the most, setting the third fastest time in damp conditions.

Speaking ahead of his debut on the Balls & Bumpers podcast, McLaughlin said he’s remaining realistic about his chances.

“I think it would be pretty good. To be honest, if I got a top 10 it would be like a win for me. That’s sort of where I’m aiming, where I’m thinking of.

“There’s 24 cars. All the rookies, they’ve had a year to get ready. When I came out and tested, no one had driven it with the Aeroscreen, it was all a bit different.

“Teams were still getting on top of their cars. Everyone’s had a year to get used to it and I’m sort of coming in after two simulator tests and I’m going to drive the car for the first time in a 90-minute session and then straight into qualifying.

“There’s a helluva lot to learn in that period of time. I’m not by any means taking this lightly that it’s going to be pretty easy to slip back into it.

“I certainly felt on the simulator it took a little bit of getting used to a few things for sure.”

McLaughlin said he’s been keeping an eye on this year’s rookie contingent and is keen to see where he stacks up relative to them.

Alex Palou has also finished on the podium, claiming third at Road America earlier in the season. The Spaniard lies 17th in the standings.

McLaren driver Oliver Askew finished third at Iowa Speedway but missed the most recent round of the series in Indianapolis due to concussion.

“A lot of those guys have been pretty good,” said McLaughlin.

“I’m not really stressed about the rookies. I want to go out there and do genuinely the best I can.

“If I can beat the rookies it’d be awesome. But at the same time, I’d like to beat a couple of others as well.”

The three-time Supercars Championship winner said he’ll have to try and get up to speed as quickly as possible.

While the Kiwi has three tests in the Chevrolet-powered Dallara IR-18 under his belt, he said he needs to change his driving style to suit the open-wheeler.

“Right now, I’m understanding where I’m braking, but the biggest thing in these cars is understanding the aero,” said McLaughlin.

“This is what I don’t have in V8s. I’ve got to understand, trusting that the car is going to grip. Go into a corner and release the brake and just get on the gas and the thing is going to grip. If I can’t get it to turn, ask for more front wing.

“That’s one thing that I had to get used to at COTA when I tested. I tried to drive it like a Supercar where you sort of hold the brake to get it turned. Where this car sort of requires an understanding of the aero balance that you’re not too loose in the high speed stuff.

“You can carry a lot of speed with the amount of wing that you put on it. There’s a lot to learn. I’ve also got to tell them that over the radio during the race. Do I want more front wing? How’s the car feeling? I’ve got a lot to do.”