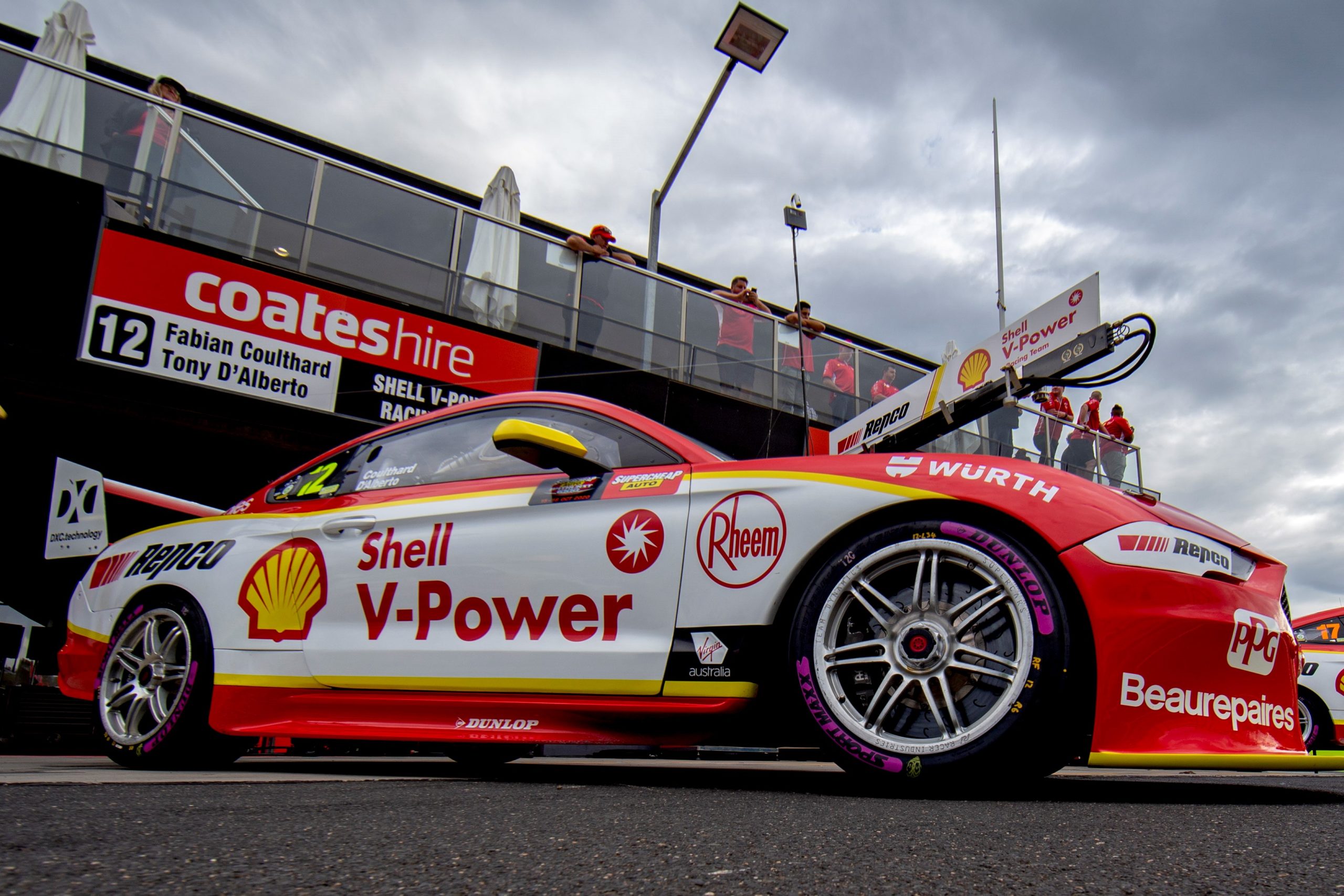 Today it was announced Team Penske has parted company with Dick Johnson Racing, bringing to an end a six-year spell as DJR Team Penske.

In that time, the team has received support from Shell primarily as the naming rights sponsor.

Shell has had a long standing relationship with Dick Johnson Racing dating back to the early 1980s as a minor sponsor.

The brand took on a greater presence in the late 1980s, the colours made famous by the Ford Sierra in the Group A era.

The colours later donned the Ford Falcon EB, EF, and EL in the mid-to-late 1990s and then into the early 2000s with the AU, BA, and BF Falcon.

Shell continued to sponsor the team into the FG era in the late 2000s and early 2010s, albeit with a minor presence.

In recent years the brand returned as the naming rights sponsor of the team.

Since 2017, Shell has been a stable title sponsor across the team’s two cars driven by Scott McLaughlin and Fabian Coulthard.

Speedcafe.com understands Shell has been retained as the naming rights sponsor into the 2021 season.

“I want to thank Roger and the entire Penske organization for all they’ve done for our team over the last six years,” said Johnson.

“While we hate to see them go, we understand the tough business decisions that have to be made.

“We’ve worked together over the last six years to build a team that has become the benchmark for performance both on and off the track.

“With the assistance of Roger and Team Penske we will be in position to build on that success.

“With the full support of Ford Australia, Ford Performance, Shell V-Power and all of our great partners, our team will continue to be a leader in Supercars racing.”

Prior to today’s announcement, social media handles for the team were switched from ‘DJRTeamPenske’ to ‘ShellVPowerRT’.