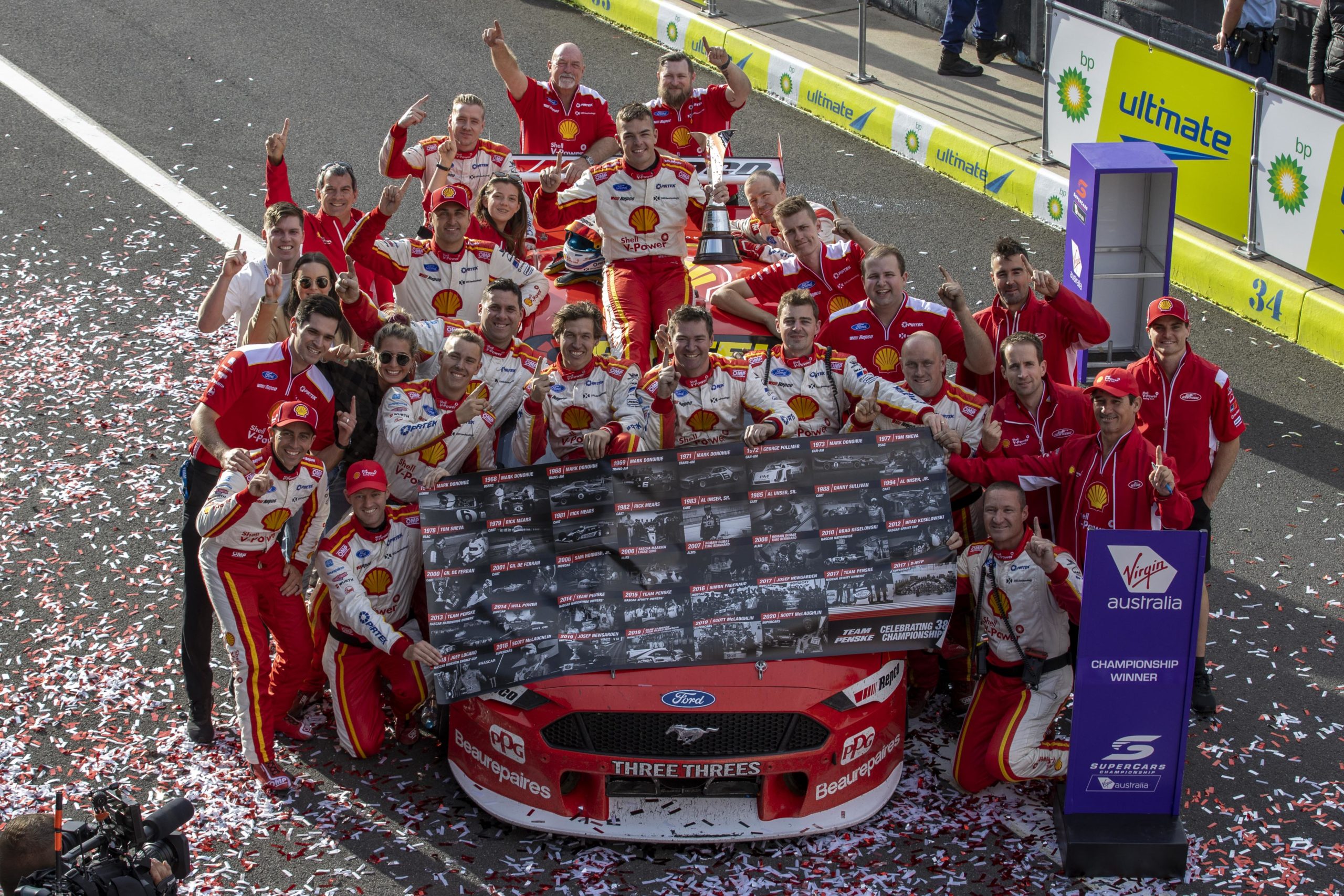 Team Penske has confirmed it will not return to the Supercars Championship in 2021.

After months of speculation, the team has announced it will part company with Dick Johnson Racing after six years in the championship.

Scott McLaughlin brought the team three championship wins in a row, winning the 2018 title in a Ford Falcon FGX as well as the 2019 and 2020 in a Ford Mustang.

Team Penske will assist co-owners Dick Johnson and Ryan Story in the transition phase heading into the 2021 season.

The team is expected to announce its driver line-up soon, which will at least be new in part with confirmation Scott McLaughlin will go full-time in the IndyCar Series next year.

Speedcafe.com understands at least one of those drivers will be Will Davison. Anton De Pasquale has been tipped to join the team as well, which has confirmed it will continue to run a two-car line-up.

“We have enjoyed an incredible six seasons competing in the Supercars series with DJR Team Penske,” said Roger Penske.

“Partnering with Dick Johnson and Ryan Story to form DJR Team Penske was an incredible experience that produced success on the track and in the boardroom.

“We have built so many lasting partnerships and friendships, and competing in Supercars has certainly helped strengthen our brand and our business in Australia and New Zealand.

“Unfortunately, with the challenges we have faced in 2020 as a result of the COVID-19 pandemic, we have had to readjust our business initiatives for 2021 and beyond.

“We want to thank Dick Johnson, Ryan Story, Fabian Coulthard and all of our team members for their hard work and dedication as we reestablished a championship organization together over the last six years.

“I know that Dick, Ryan and the team will continue to build on that success moving forward.”