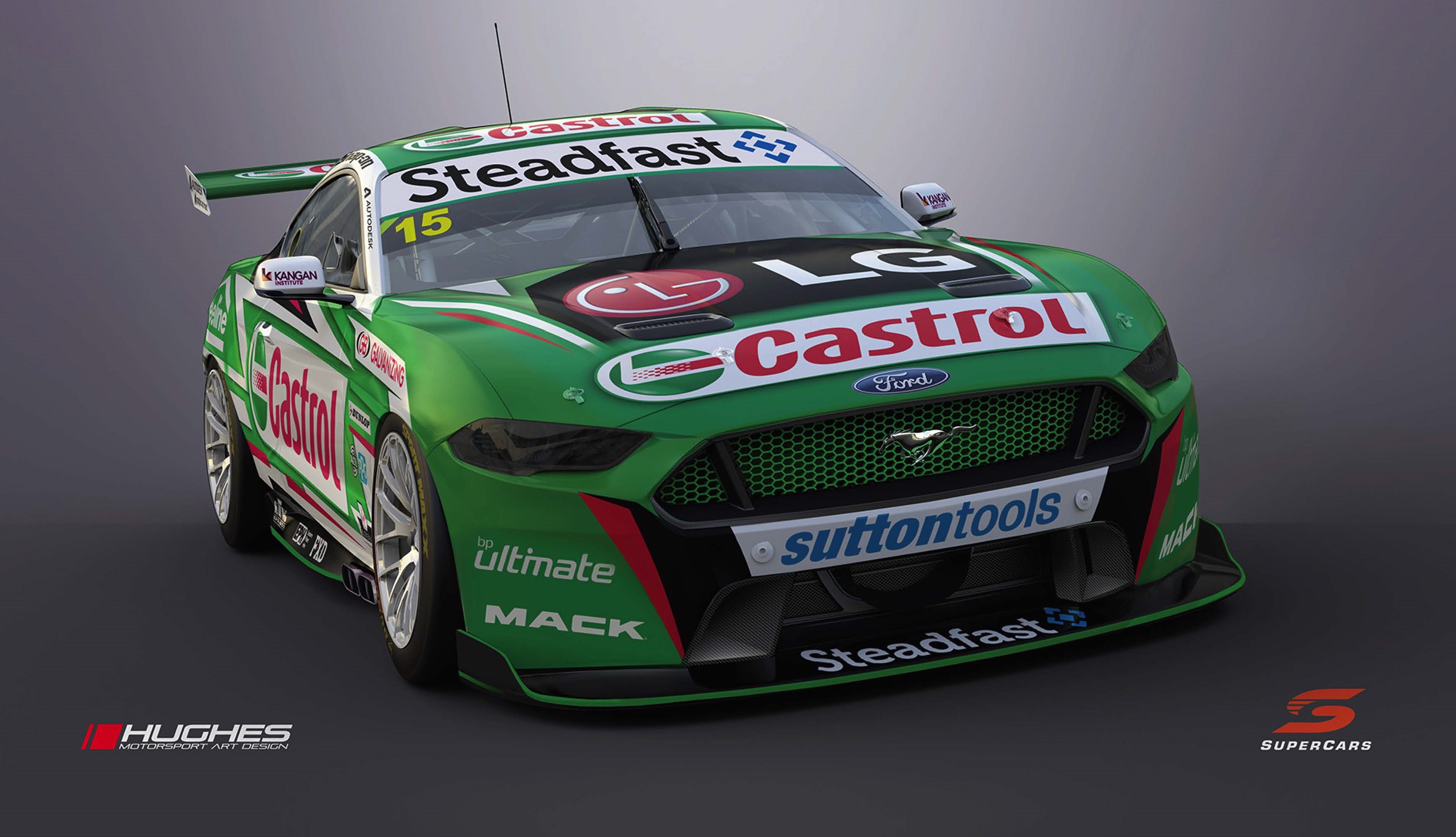 A Ford Mustang in Gen3 trim

The long-awaited introduction of Gen3 is set to see a drastic cut in acquisition costs with Supercars targeted to sell for less than $350,000.

The new regulations will be introduced in 2022 and are designed to reduce entry and ongoing costs to teams.

It is estimated a current Gen2-specification Supercar is worth around $600,000 including engine.

Part of the new look is a lowered roll hoop, which is designed to attract a greater spread of makes and models.

It is hoped cutting the costs associated with entering the category will bring more manufacturers to the championships.

A category branded ‘white label’ engine is also being investigated as an option for manufacturers wanting to join without developing a power plant.

John Casey, Supercars’ Chief Sales & Marketing, has led the Gen3 project in conjunction with the Supercars Commission and Board.

Speaking with select media, including Speedcafe.com, Casey said cost-cutting was fundamental to the introduction and long-term sustainability of Gen3.

As such, there are no intentions to have a split grid of Gen2 and Gen3 chassis come 2022.

Casey said how teams will migrate to the new platform will need to be addressed in the future, though is confident the initial sting of building new cars will outweigh the long-term cost.

He also said that might make the championship attractive not only for manufacturers but for other existing professional racing teams.

“At this stage, the process is focussed on the car and delivering those cost savings and at some point the sport and the business needs to address the migration question,” said Casey.

“One of the foundation principles and objectives of the car is to make the sport sustainable. A big part of sustainability is taking cost out of the equation.

“That gives the double benefit of making both existing teams more sustainable, but also making the category more accessible to other teams who are operating at a high level of motorsport but don’t have access to the resources to participate in Supercars at the current cost level.

“We’re looking at sustainability from both of those perspectives. Being both accessible for teams who are operating at a high level of motorsport, not just supercars, as well as making existing teams more sustainable.”