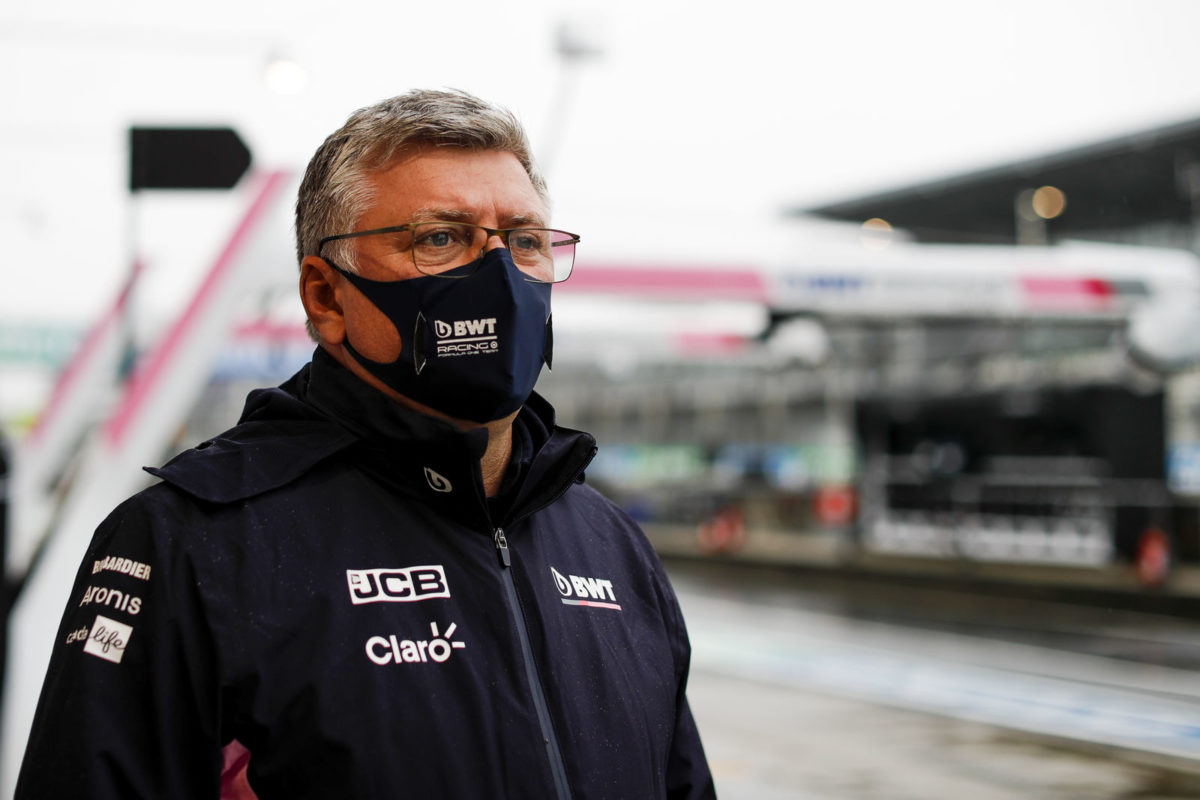 Stroll missed the Eifel Grand Prix through illness before testing positive for coronavirus in the days following the event.

The Canadian sat out final practice on Saturday in Germany with a stomach complaint before formally handing the car over to Nico Hulkenberg for the balance of the weekend.

It’s since been revealed that Stroll did not undergo a COVID-19 test at the time, and that his initial consultation at the circuit took place with a doctor over the phone.

The FIA was only notified of the positive test this week, the governing body deeming Racing Point to have failed to report the result inline with the protocols it had laid out.

As a result it has issued a warning to the operation regarding its handling of the situation.

Speaking ahead of this weekend’s Portuguese Grand Prix, at which Stroll is expected to return, Szafnauer maintains all appropriate measures were taken.

“He had a stomach upset, and he’s had it consistently,” Szafnauer said.

“It was a phone call, and it was the same guy Lance saw after Russia.

“So, you know, he’s got a stomach upset after Russia, we test him a couple of times.

“Lance went and saw the doctor in Switzerland, so called him.”

Moving forward, testing protocols in the F1 paddock will be tightened.

Previously, a pre-event test afforded a five-day window within which to get re-tested.

These took place on a Tuesday, meaning those in the paddock would not have to be retested until the Sunday of an event.

From this weekend, that timeframe has been reduced to within 24 hours of entering the paddock.

Though copping a slap on the wrist from the FIA for the way his team handled Stroll’s positive result, Szafnauer is in favour of the change.

“I think it’s a good idea that the FIA has said now 24 hours from entering the paddock, you do another test. So we will do that,” he reasoned.

Szafnauer added that his operation already tests staff twice a week as he looked to distance himself from suggestions Racing Point is not taking the pandemic, and the protocols which have been wrapped around it, seriously.

“We test, and take this virus more seriously than anybody.

“We test all of our staff upon arrival from a GP, so they have the peace of mind when they go home, that they didn’t pick anything up.

“We’re the only ones that do that: nobody else.”

On track action for this weekend’s Portuguese Grand Prix begins with opening practice tonight from 21:00 AEDT.