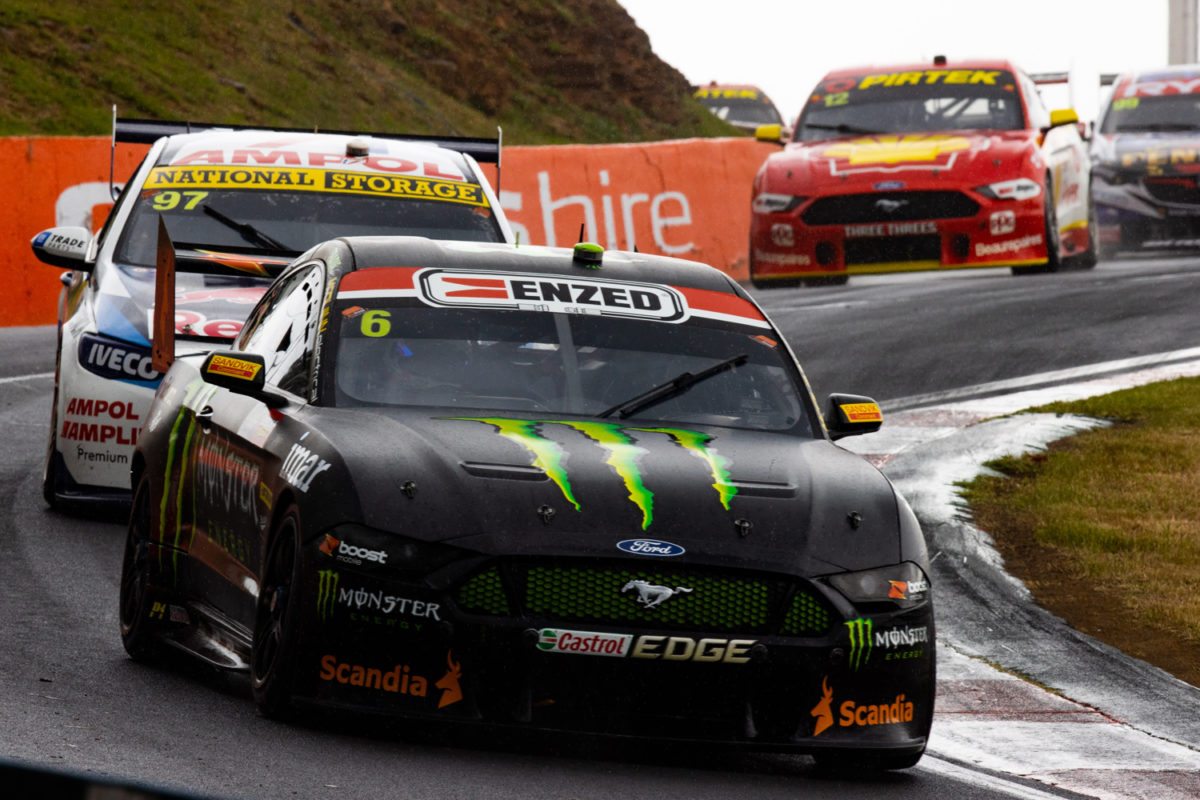 Cameron Waters has put a career-best second in the Virgin Australia Supercars Championship down to Tickford Racing’s progress as a whole.

The 26-year-old secured the runner-up spot on the day in which he finished in the same position in the Supercheap Auto Bathurst 1000, having kept Shane van Gisbergen honest for the run home.

It represented Waters’ best finished in the championship by some margin, after ending up 19th in 2016, his first full season, and eighth next time around.

He slipped back to 16th in 2018 when all of Tickford’s drivers struggled, but rebounded to seventh last year and finished behind only Scott McLaughlin in this year’s title race.

When asked by Speedcafe.com if 2020 represented his coming of age, the 2015 Super2 Series winner pointed to a gradual improvement for the Campbellfield squad more broadly, aided by the 15 straight weeks spent on the road.

“I guess last year (we) had a lot of pace and just lacked that consistency, and then, I think, this year is just another building on that.

“I think the whole period away as a team has been really good for us; seeing the engineers literally every day, your mechanics… just more dialogue has probably helped us, I think.

“It’s in a happy place at the moment, the car, and it’s doing what we need. Need a little bit more but I think this year was really good for us as a team.

“Second for the year’s pretty bloody good and second (at Bathurst is) amazing.”

While Waters had demonstrated potential during the preceding four seasons, he shared a team with both Mark Winterbottom and Chaz Mostert for most of that period.

Winterbottom, the 2013 Bathurst 1000 winner and 2015 champion, moved to Team 18 at the end of 2018 and Mostert switched to Walkinshaw Andretti United a year later.

Although Jack Le Brocq bagged Tickford’s first win of 2020 in the Supercheap Auto Mustang, it was Waters who amassed nine podiums out of a total of 14 for the squad, including his first solo victory.

Despite that, the Monster Energy Mustang steerer downplayed the suggestion of team leader status.

“Don’t really think about it, to be honest,” he said.

“Even in the past, I guess with Frosty, he was the team leader then maybe Chaz last year, but we’d all kind of work together anyway.

“There was no real favourite car; we’d all just try and push each other and want what’s best for the team.

“Results-wise, I’ve probably been the best at Tickford this year but all the drivers have had a part to play in that and all the engineers and the whole team.

“We’re pushing together as one and that’s where the improvements are coming.”

Waters came home with a wet sail in 2020, with four of his podiums coming in the last four races, including a second place at Mount Panorama.

Having belted out a highly impressive Shootout lap to qualify on pole, he and co-driver Will Davison were the van Gisbergen/Garth Tander pairing’s key rivals for most of the Great Race.

However, the 2017 Sandown 500 winner battled in the frantic run to the finish with a coolsuit issue in Car #6.

“The boys just told me it wasn’t working from the first stint this morning,” explained Waters.

“(I) didn’t run the coolsuit obviously for the last three stints and each lap was a qualifier so, pretty buggered after that race.

“That’s probably one of the toughest races I’ve done.

“I felt terrible in the car. Those last Safety Cars, I wasn’t really wanted to warm the tyres because I was feeling sick and stuff like that; just wanted the thing to be over.

“I threw everything at it to try and pass him, but wasn’t to be.”