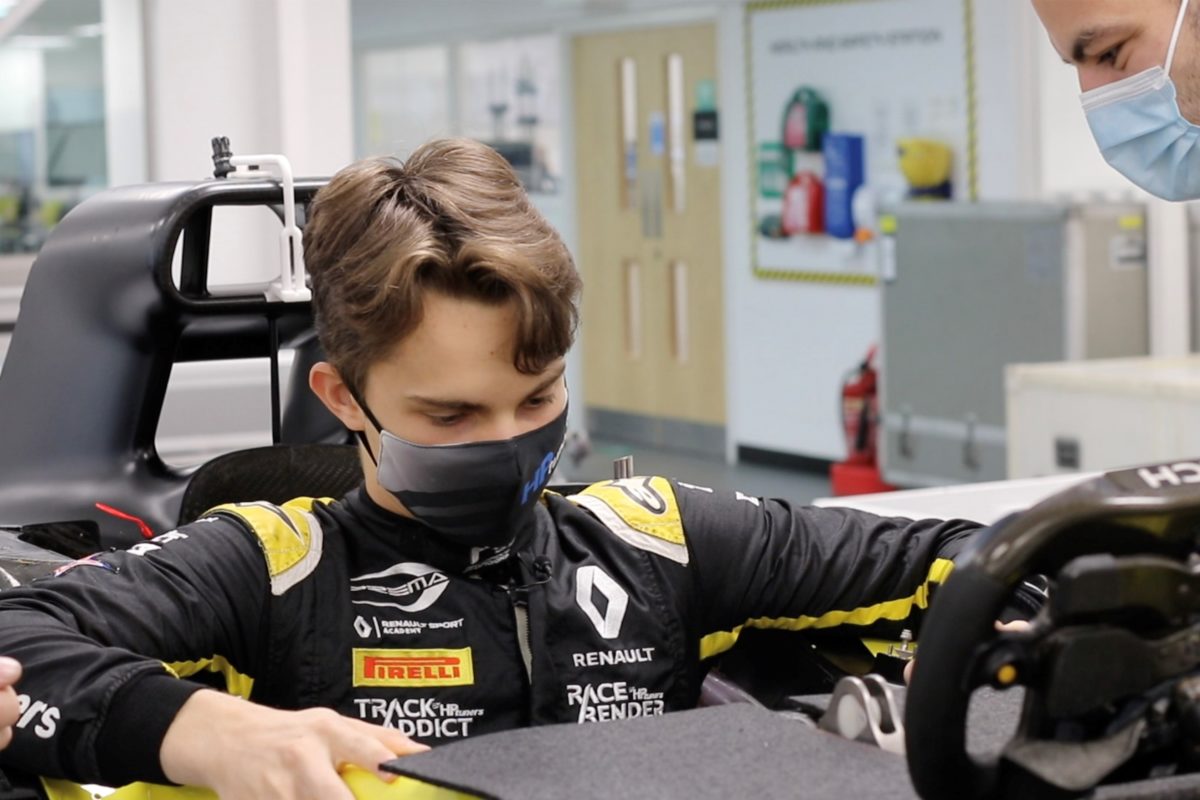 Oscar Piastri undertakes a seat fitting in an R.S.18

Melburnian Oscar Piastri will drive a Formula 1 car for the first time in a Renault Sport Academy test in Bahrain next week.

This year’s FIA Formula 3 champion is set to steer a Renault R.S.18, the French marque’s 2018 model, on the second day of the four-day test.

“It’s an awesome feeling to be able to drive an F1 car,” said Piastri, who is managed by Mark Webber.

“It’s something I’ve been dreaming about my whole life, so I’m thankful to the Renault Sport Academy for giving me the opportunity.

“I hope it’s the first of many tests and I’m looking forward to it. I’m going to try and enjoy the experience as much as I can.”

Piastri, who was named a Renault junior in January, had a seat fitting at its Formula 1 team’s Enstone base last week and says he has only had to modify his training programme somewhat.

“Bahrain isn’t the most physical circuit, but the G-forces are much higher in an F1 car, so while the physical preparations and general training is more or less the same (as my usual programme), there’s more of an emphasis on neck training,” he explained.

Christian Lundgaard, currently fourth in the FIA Formula 2 Championship, will drive the R.S.18 on the first day, and fellow F2 race winner Guanyu Zhou on the final two days.

“The tests in Bahrain are part of a planned programme that the Academy has delivered every year for the past three years,” explained Renault Sport Academy Director, Mia Sharizman.

“It’s a good opportunity for us to show the progression and level of achievement of the drivers in the Academy. Christian and Zhou will be in the R.S.18 for a second time, whilst Oscar will be experiencing his first time in a Formula 1 car as a reward for winning the FIA Formula 3 title plus it is part of his continued progression in the Academy.

“The plan for the testing days often varies depending on experience, so Oscar’s day will be about getting him up to speed and familiar with the car.

“For Zhou and Christian, their days will be shaped like an actual race weekend, with practice, qualifying and race simulations.

“Bahrain is a very good test location for us, and beneficial for both Zhou and Christian who will race here later in November for the final two rounds of the FIA Formula 2 Championship.”

Piastri will subsequently attend the Turkish Grand Prix with the Renault F1 Team in mid-November.

“I am looking forward to attending the Turkish Grand Prix,” he added.

“I’ll be sitting in on the team briefings and strategies meetings, which is exciting.

“I haven’t been to Turkey before, so it’s also another country to tick off my list of having visited.”

The test will commence on October 29, with Piastri therefore behind the wheel on October 30, while the Turkish Grand Prix takes place from November 13-15.