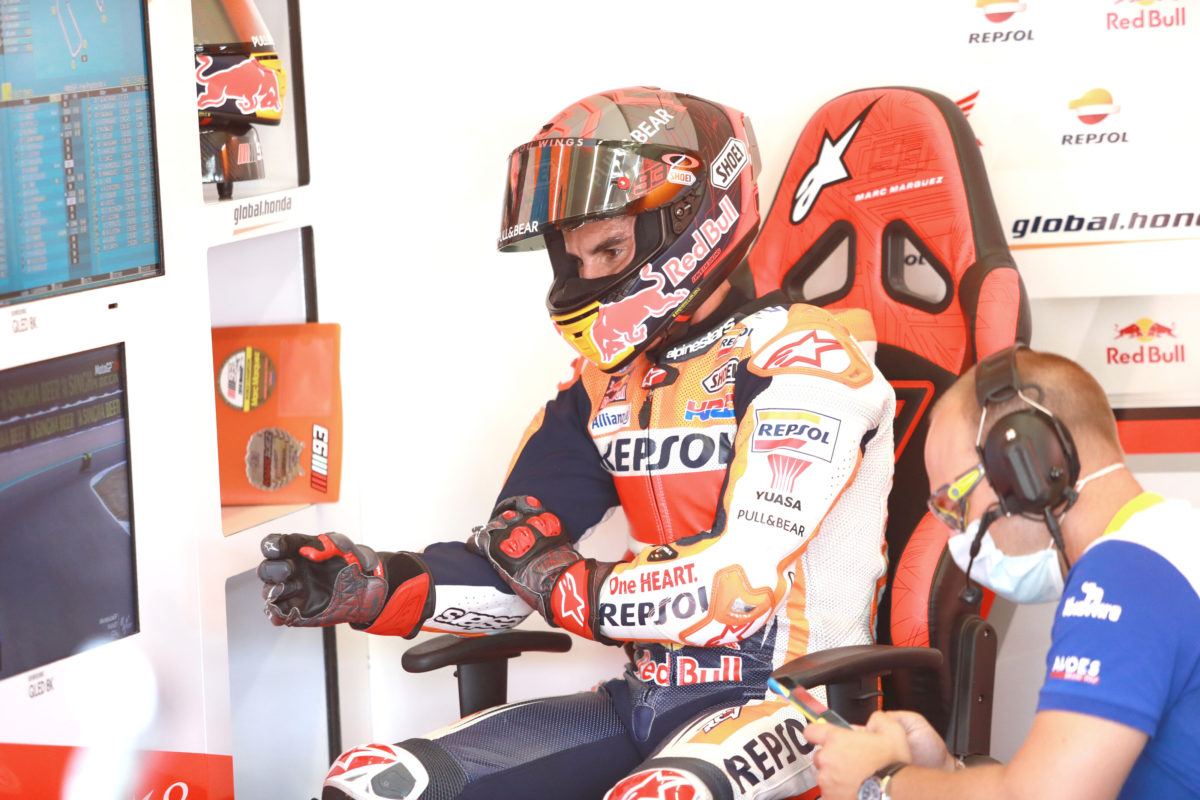 Honda has moved to address claims that Marc Marquez is considering a third operation on the arm which he broke in the MotoGP season-opener.

Marquez has already been in for surgery twice after crashing and being hit by his own Repsol Honda motorcycle late in the Spanish Grand Prix at Jerez in July.

A recent report in Barcelona’s Mundo Deportivo claimed that the six-time premier class world champion is unhappy with how his right arm is recovering.

It cited the lack of movement in that arm as Marc Marquez celebrated brother Alex’s Aragon Grand Prix podium from his lounge room as evidence, although it should be noted that the 27-year-old is left-handed.

Honda Racing Corporation (HRC) has responded in a statement which reads, “The Repsol Honda Team would like to confirm that Marc Marquez’s recovery is proceeding as planned.

“While it is a long and intense recovery, Marc and those his team have no cause for concern.”

HRC test rider Stefan Bradl will continue to fill the breach left by the Catalan in this weekend’s Teruel Grand Prix, also at MotorLand Aragon, with no word on whether or not Marquez will return for the three races which remain thereafter in 2020.

An astonishing attempt to compete was made at the Andalucia Grand Prix, which was also held at Jerez, a week after the opening round and just days after a first operation on the broken arm.

However, Marquez waved the white flag after qualifying and later had to have more surgery due to damage to the titanium plate which had been inserted, ostensibly from trying to open a window at home.

Valentino Rossi will also be missing from the Teruel Grand Prix due to his obligation to isolate until October 25, the day of the race, having tested positive for COVID-19.

Rossi was already ruled out of the Aragon Grand Prix and Italian law compels him to self-isolate for 10 days from the test.

Monster Energy Yamaha has already confirmed that it will again field only one entry this weekend, for Maverick Viñales.