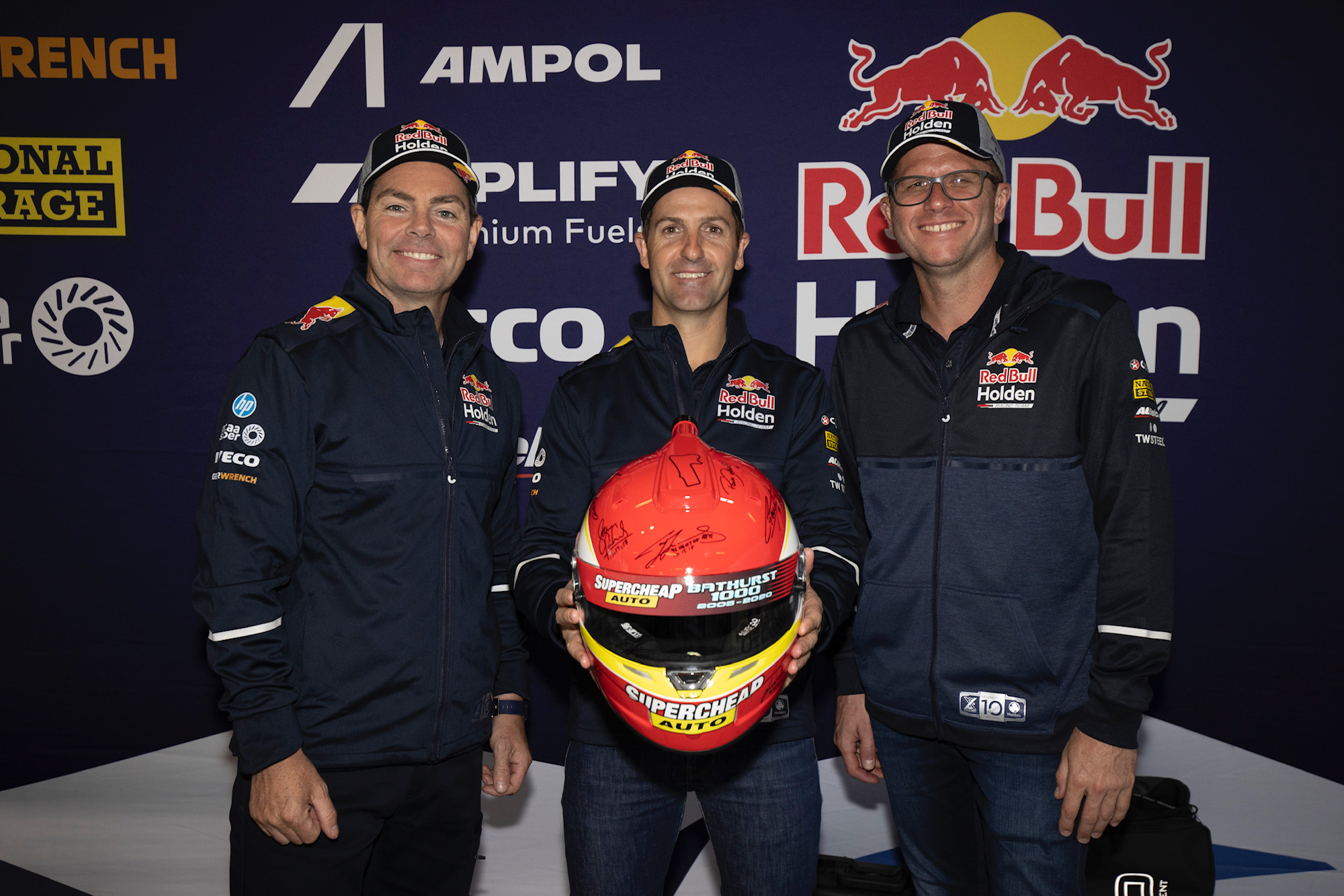 Supercheap Auto has continued its sign-off as the sponsor of the Bathurst 1000 with the donation of a limited edition autographed helmet to be sold through Lloyds Auctions and Speedcafe.com.

The helmet is signed exclusively by all the winning drivers and co-drivers during Supercheap Auto’s naming rights period of the Bathurst 1000 from 2005 to 2020, including Sunday’s winners Shane van Gisbergen and Garth Tander.

A sister helmet was given away through Fox Sports on Sunday and this version is set to be the only one of its type ever auctioned in the general market.

All the proceeds from this auction will go to Speedcafe.com’s charity, Motor Racing Ministries, and fans have the opportunity to bid on the item until November 10 (19:00 AEST).

The helmet’s visor has been signed by the inaugural winners Todd Kelly (2005) and Mark Skaife (2005, 2010), last year’s victors Alexandre Premat and Scott McLaughlin, and Sunday’s winners van Gisbergen and Tander.

The uniqueness of the helmet is already generating tremendous interest, according to Supercheap Auto Managing Director, Benjamin Ward.

“The response to the weekend’s giveaway of the first helmet with Fox Sports was fantastic, but this time there will be no luck involved,” said Ward.

“We think the helmets are a unique piece of history and we thought it would be fitting to work with our long-term partners Speedcafe.com and also Lloyds Auctions to raise some serious money for Motor Racing Ministries.

“Whatever someone pays for it, you can be sure it will be worth plenty more in a few years time.”

“To be asked to be a part of this project and see it come together has been fantastic,” said Gooley.

“We have managed to combine both a modern feel with a retro look and it made sense to have the logos from the first and last races on the sides of the helmets.

“I have not been involved in many cooler projects than this and I am sure the winner will be over the moon. I can’t imagine what this will be worth in a few years time.”

One hundred percent of proceeds from this limited piece of Australian motorsport memorabilia will be going to Motor Racing Ministries because of a generous zero percent buyer’s premium from Lloyds Auctions, which is a valued Platinum Partner of Speedcafe.com.

This is the 11th monthly charity auction held in conjunction with Speedcafe.com to raise money for Motor Racing Ministries and is an extension of Lloyds Auctions’ community commitment during the COVID-19 crisis.

If anyone has a unique item they would like to donate to one of these monthly auctions, please contact via [email protected]