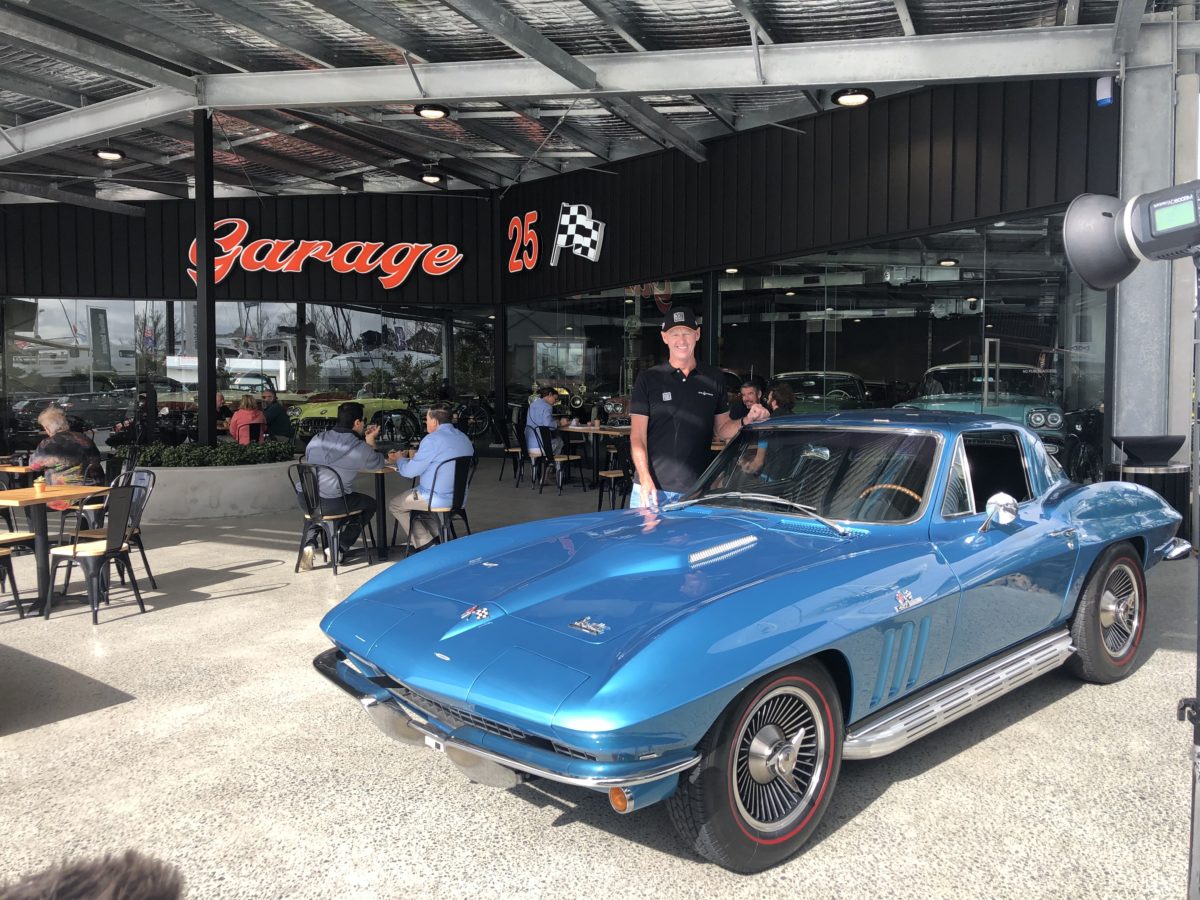 The one thing you know about Tony Longhurst is that he always does things right.

It might have been a trait he inherited from his father, John, who developed the Dreamworld theme park in the 1980s, or from his original motorsport mentor, Frank Gardner, but the two-time Bathurst 1000 winner just doesn’t cut corners.

CLICK HERE for a gallery of Garage 25 and its automotive displayCLICK HERE to read more about Garage 25.

There was always evidence of his attention to detail with the establishment of his own race team workshops in the 1990s – as they say, you could have eaten off the floor.

You could do the same off the polished concrete base at Longhurst’s Garage 25 automotive display at his Boat Works complex in the marine precinct at Coomera on the Gold Coast.

Over the years, Longhurst has put together an eclectic mix of vehicles which have been added to a cool collection of unique examples gathered by his dad.

Rather than have them locked away gathering dust, Longhurst decided to design a purpose-built facility where he could share the cars and bikes with the general public.

The collection sits behind glass as a feature of an open-air cafe aptly named Espresso Twenty5.

The venue is one of the areas open to the general public at The Boat Works which has been developed into one of the world’s leading boat yards and which recently underwent a massive $100 million upgrade in an effort to host some of the world’s biggest luxury boats.

Garage 25 has been designed to service in excess of 1000 contractors, customers and staff that are onsite at the Boat Works each day, but is also open to the public.

Ironically, the venue is at the end of the street from Dreamworld, on which Longhurst worked as a bricklayer before chasing his motorsport dream.

Longhurst won the Supercheap Auto Bathurst 1000 in 1988 and 2001, was the Australian Super Touring Champion in 1994, and won his class in his last appearance at the Bathurst 12 Hour in 2018 with youngsters Matt Brabham and Aaron Seton.

Garage 25 has become a real meeting point for locals wanting a casual atmosphere to enjoy a coffee and do business during the week.

At the weekend’s it is regularly a venue for car clubs with a ‘coffee and cars’ theme.

“We had the collection in a private facility and had so many people ask about it after it was featured on Speedcafe.com,” said Longhurst.

“Making the collection available to the public is one of the best things we have done because people just get so much enjoyment from the cars.

“So many of them come from an era where there were so many unique designs and concepts.

“I also have a few mates and people from the industry who have some unique cars and regularly they will loan them to us for a few months just to change up the collection.”

The walls of Garage 25 are also lined with many pieces of memorabilia from Longhurst’s racing career and the centrepiece is a 50s-style diner.

Attached to Garage 25 is Espresso Twenty5 which is where all the good stuff happens.

The cafe serves bakery style goods, fresh wraps, sandwiches, paninis, toasties along with homemade cakes and slices for those with a sweet tooth.

The team is also kept busy catering for events and to many of the small to medium businesses in the Coomera boat precinct and beyond.

Espresso Twenty5 we only use locally sourced and roasted Coffee beans. Byron Bay Coffee Company is a family owned and operated boutique roastery nestled in the Byron Bay Hinterland.

“I might be a bit biased, but I don’t think there is a better place to get a coffee on the Gold Coast,” said Longhurst.

“Our coffee is also served in biodegradable takeaway cups and we have a similar ethos to the environment with everything we do at The Boat Works.”