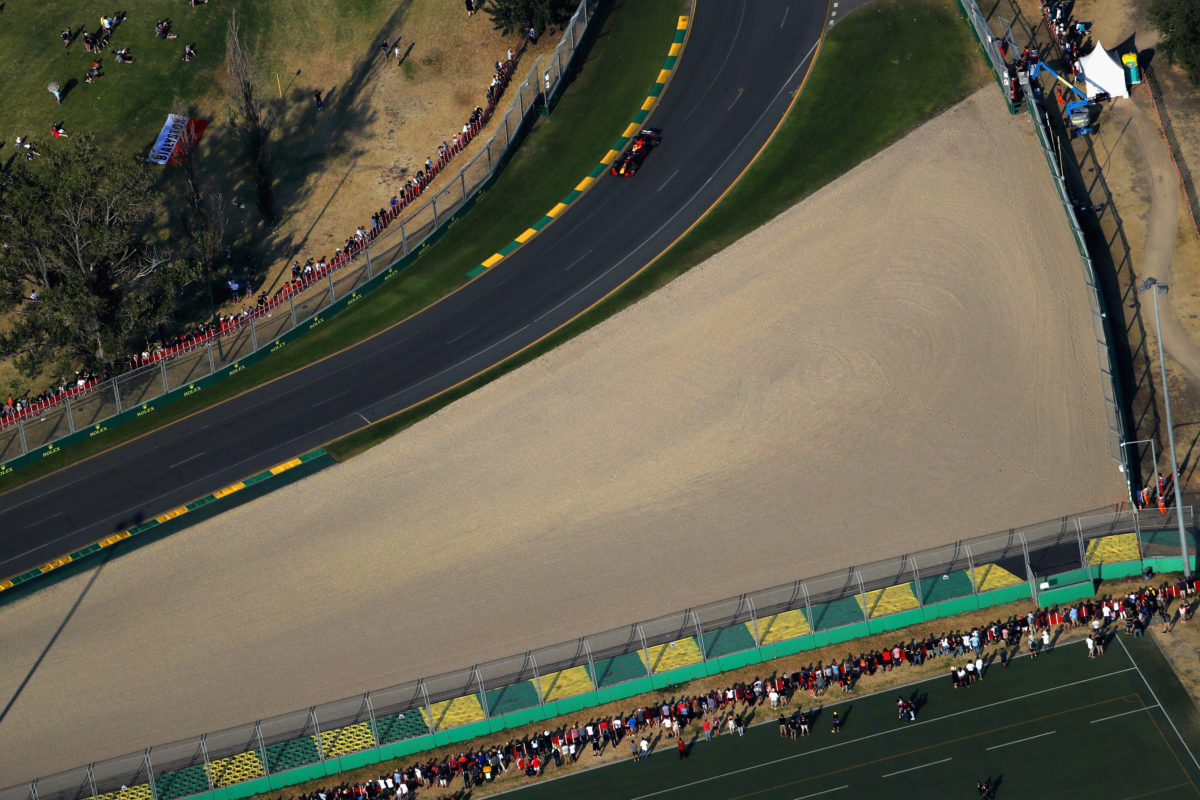 The Albert Park circuit will ‘evolve’ for 2022

The configuration of the Albert Park Grand Prix circuit is set to evolve following next year’s Formula 1 Australian Grand Prix.

A full resurface of the 5.3 kilometre venue is earmarked for the latter part of next year, in time for the 2022 event.

As part of that project, the configuration of the layout will “evolve” according to Australian Grand Prix Corporation CEO, Andrew Westacott.

“The circuit hasn’t been resurfaced since it was originally laid in 1995 for the first event in 1996, so it’s ageing,” he told Speedcafe.com.

“In some areas it’s ageing gracefully, in other areas, like anything, it needs a revamp.

“Now’s not the time to be doing that when there’s massive restrictions on industry.

“What we’ll do is evolve the track and look at how it can be tweaked, if you like, to coincide with the evolving and changing aerodynamics and technical specs of the cars, so post-2021, and pre-2022 is looking likely.”

The fundamental layout of the circuit is largely unchanged since Albert Park hosted grand prix racing in the 1950s.

The pit straight section was added when Formula 1 arrived in 1996 with the circuit modernised around the same time. It also runs in the opposite direction to what it once did.

Over the years it has proved a difficult circuit on which to pass, with few low speed corners feeding onto long straights and into heavy braking zones.

With a lake at its centre and hemmed in by roads and other public amenities such as playing fields and a golf course, there are limited options available for any changes.

One suggestion was to modify the chicane at Turn 11/12 in an effort to make a heavier braking zone, while others have suggested tightening the right-hander at Turn 13.

Westacott wouldn’t be drawn on specifics but suggested significant change was not only unlikely, but also probably unnecessary.

“It’s not like it’s a venue out in the middle of a paddock and you have carte blanche opportunity to modify it in whatever way you’d want to.

“It has to have reviews and considerations of camber, asphalt mix, the abrasiveness of that mix. It has to have, and can have subtle adjustments to apexes; some track widths on entry and exit. You don’t need terribly much,” he added.

“What you want to do, and what we look to do is two things; one, reward aggressive driving by maybe having multiple increase into the apex, and two, penalise poor driving.

“Now, it’s limited because of the lake and the building’s infrastructure, but preliminary looks that we’ve had, is we believe we can make adjustments and evolve the circuit in a beneficial manner.”

Key among considerations is the introduction of new technical regulations for 2022.

Delayed from 2021, the sport will introduce radical new rules in an effort to continue its march reducing costs for teams while at the same time increasing the spectacle for fans.

That will see a move to ground effect cars, where a significant portion of a car’s grip is generated via venturi tunnels as opposed to wings exposed to the airstream.

“What we need to do and what we have started to do, is work very, very closely with Formula 1,” Westacott explained.

“Ross Brawn, and Pat Symonds working for Ross, and plenty of others, they’re getting more and more technical capability to look at track simulation.

“They know exactly what the technical specifications of the new vehicles are going to be for 2022.

“By getting the right input in that you soon can get some really good insights into how the track can evolve to be better for racing.

“It doesn’t need widespread changes everywhere, it needs a combination of adjustments.

“So if you’re going to go and resurface, which we do need to do, then let’s resurface with all the right inputs from all the right people. That’s what we’ve started to do.”