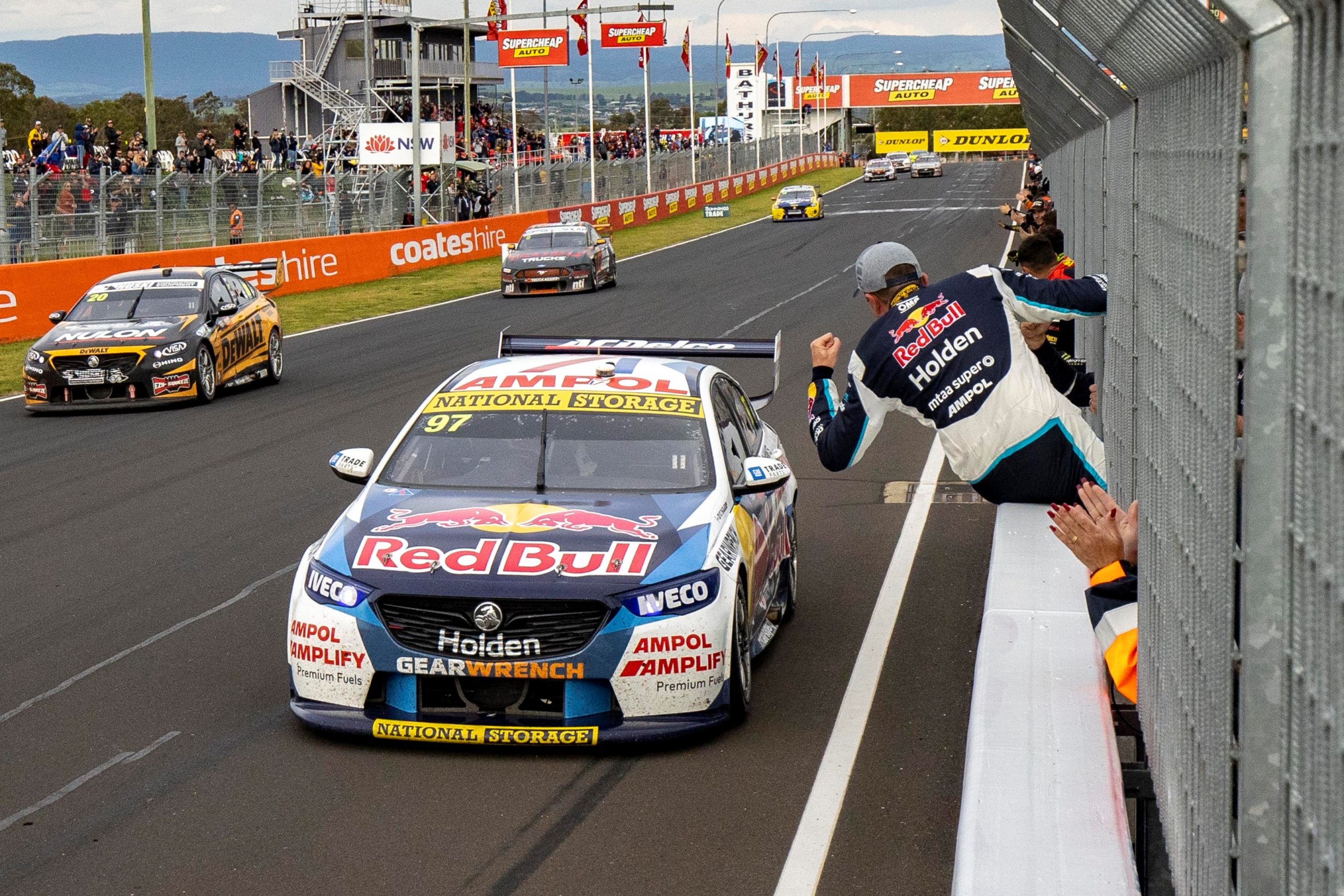 It’s the first time van Gisbergen has won the Great Race after 14 attempts and the fourth for Tander in his 23-year spell at Mount Panorama.

Whincup, who crashed out early in the 161-lap affair, said it was a fitting farewell for the marque in its last outing in a factory capacity.

“Whoever writes the script generally gets it right,” Whincup told Speedcafe.com.

“Anyone looking on would think it’s rigged. Too many fairy tales keep happening. We’re glad it did. HRT winning its last race as a factory team, it’s very fitting.”

An emotional Whincup said he hoped images of van Gisbergen flying a Holden flag on the cool-down lap resonated with fans.

A chance encounter with a spectator staying at a nearby home on Conrod Straight saw van Gisbergen stop his Holden ZB Commodore to collect the flag which he flew back to the pit lane.

“That was a pretty special image seeing SVG drive around the mountain with the Holden flag out the window,” said Whincup.

“I’m not an emotional person but that really sunk home to me that, gee, there are thousands of people that have supported this brand over 50 years.

“There are engineers, people that have worked for Holden in head office that lost their jobs, there’s just a ream of people, and I hope they were watching that last lap with that Holden flag out the door.

“I hope they were really feeling it as much as we were in the pits in the garage.”

Triple Eight Race Engineering will continue to race the Holden ZB Commodore in the Supercars Championship next year before migrating to the Chevrolet Camaro with the advent of Gen3.