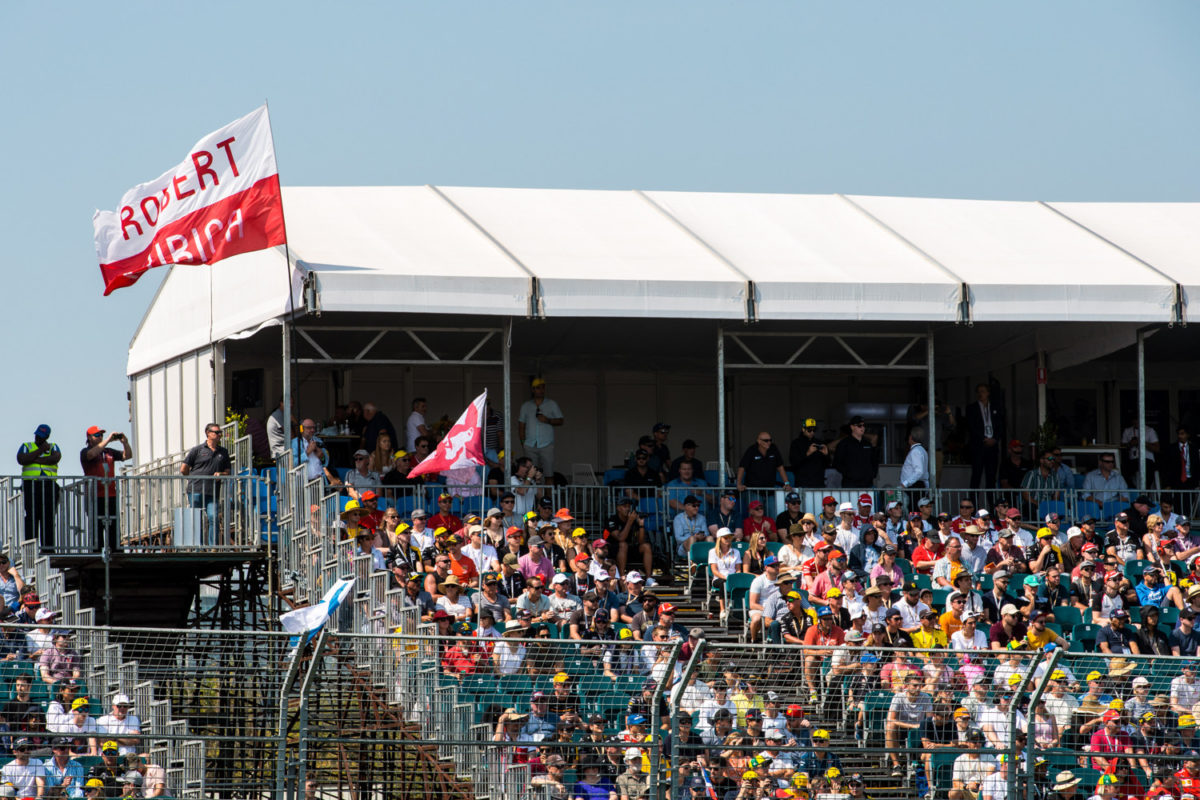 Spectators at the 2019 Australian Grand Prix

Planning for the 2021 Formula 1 Australian Grand Prix is going ahead with the expectation that it will host a reduced crowd.

It is expected to open the season, most probably on March 21, with the Victorian State Government, Formula 1, and Australian Grand Prix Corporation all keen to see the event take place.

Speculation emanating out of Europe had suggested the event could be pushed back, a notion AGPC CEO Andrew Westacott refuted when speaking with this publication earlier this month.

“We’re still the first race and that’s going to be in that end of March time slot,” he subsequently reaffirmed to Speedcafe.com.

“I know we’re going to be starting the season and I know that that’s going to be in late March, which is pretty much the traditional time slot.

“The preference for Formula 1 is very much about wanting to – and they’ve been publicly quoted on many occasions, Chase Carey’s quite rightfully, very, very keen – to get a season of normality back,” he added.

“Now, that’s sometimes difficult in a COVID world, but they’ve done a great job of having 17 races this year.

“And I think we can achieve that, we can definitely achieve that with the start of the season in Melbourne.

“There’s this commonality of agreement.

“Formula 1 wants crowds, the AGPC want crowds, and the Victorian government, we’re working daily and weekly with all key departments of government to make sure that we have approved and agreed quarantine arrangements.

“Whilst there’s a lot of moving parts, I’ve got lots and lots of different scenarios.”

The look of Albert Park come March is expected to be vastly different to what has previously been seen, with a reduced capacity crowd mandating changes to the design, implementation and style of amenities for spectators at the venue.

“The great thing, which was originally a hindrance, is now, I think, a competitive advantage we have – and motorsport operators have – is that we use very, very large facilities,” Westacott explained.

That is likely to see the introduction of more, smaller capacity grandstand style seating, and limitations on the freedoms traditionally afforded to general admission pass holders.

“Obviously, there’s a circuit, there’s a lake and there’s fixed infrastructure, and beyond that, the traditional locations of traditional style facilities and so on, we’ll adjust,” the AGPC boss revealed.

“When you have reduced occupancy levels, that reduces profitability, so grandstands, for instance, are likely to be small, nine-row mini grandstands. It’s just that there’s going to be lots and lots and lots of them.

“That’s exciting, because it means that some fans can view the races in different locations from where they may have watched in the past.

“Or, we can have facilities that are a hybrid of hospitality as well as grandstand viewing, so that layout and footprint, we’ll modify, and that’s why it’s exciting.”

The Albert Park venue boasts a footprint, excluding the land occupied by Albert Park Lake, of 176 hectares, and spectator frontage more than 20 times greater than the Melbourne Cricket Ground.

Prior to the Formula 1 Australian Grand Prix, Melbourne is scheduled to host the Australian Open tennis and Boxing Day test.

“I’ve got a heck of a lot of space to have a modular, expandable, sensible and safe arrangement for crowds,” Westacott said.

“I’m very, very confident that the way Victoria’s tracking and the importance of the Australian Open tennis, the Formula 1 Grand Prix, and to a much, much lesser extent, even a smaller event like the Boxing Day cricket, you’ve got a high chance of having crowds.”

Formula 1 is expected to announce its provisional 2021 calendar later this month.