Abiteboul: Ocon form ‘not a disaster’ despite Ricciardo comparison

Abiteboul: Ocon form ‘not a disaster’ despite Ricciardo comparison 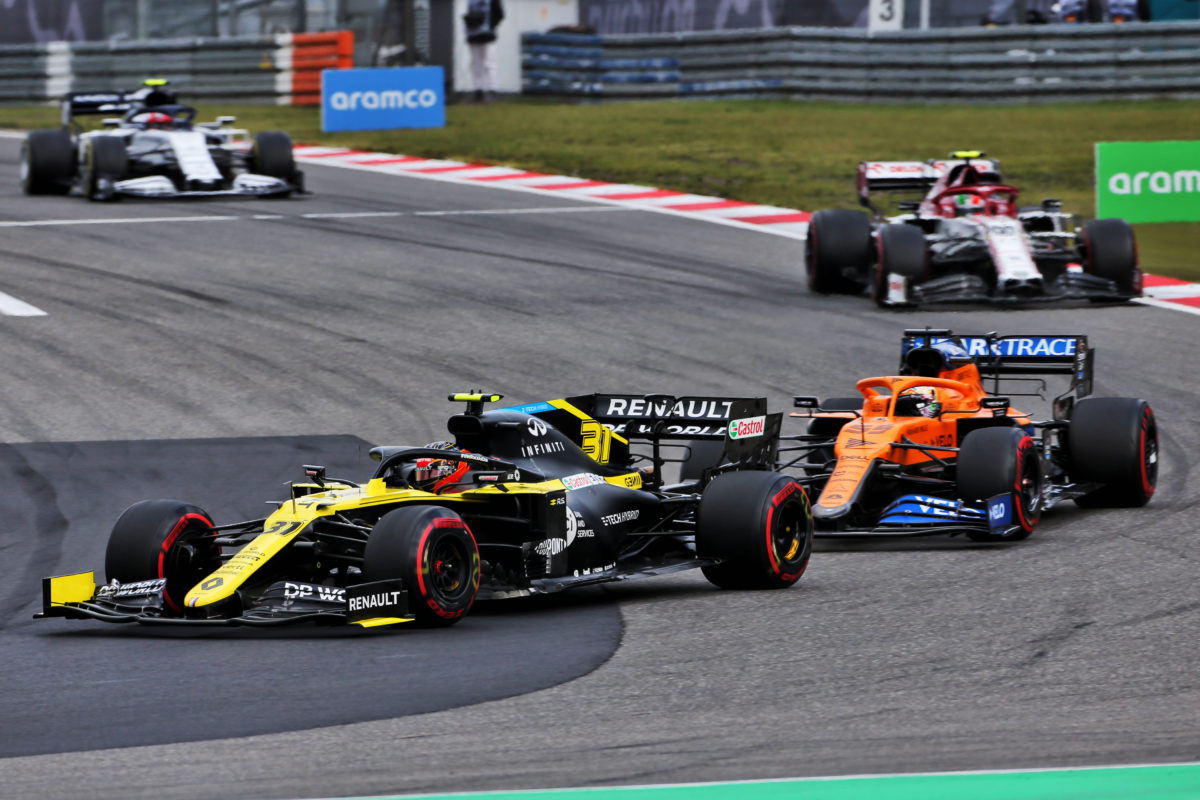 Renault Managing Director Cyril Abiteboul insists that Esteban Ocon’s performances are “not a disaster” despite an unflattering comparison to team-mate Daniel Ricciardo.

Ocon is currently 12th in the drivers’ championship on 36 points, with one top five finish to his name this season.

Ricciardo climbed to fourth, on 78 points, when he achieved Renault’s first podium since it returned to Formula 1 as a fully-fledged constructor, last time out at the Nurburgring.

“He needs to be very pragmatic about the situation, which is not a disaster,” said Abiteboul of his French driver.

“Frankly, if you if you were to remove the points he has lost due to lack of reliability, he would probably be behind Daniel by a chunk.

“But we’re talking about Daniel Ricciardo. He never had such a strong team-mate. He has had good team-mates, Perez in particular is strong, but I believe that Daniel is stronger.”

The Renault F1 Team boss is confident that Ocon, who moved to the Anglo-French outfit this season, can turn around his form.

“I think he needs to be very pragmatic, set himself some realistic targets, but also look at his current performance, which he should not be ashamed of, and build his confidence, build also his ability to be a bit patient,” added Abiteboul.

“Sometimes like lots of young drivers he has a bit of impatience that’s leading him to make some small mistakes, but I have absolutely no worries that this cannot be fixed.

“And again, with the support of the team around him, it will be fixed.”

Abiteboul also noted that not all of Ocon’s results are of his own making, with a hydraulic problem costing him most recently, in the Eifel Grand Prix.

“He needs to do what he’s been doing since a few races that, unfortunately, have not really materialised, but for reasons that are not in his direct control,” remarked Abiteboul.

“Mugello it is not entirely clear what happened with the brake warning issue, if we had procedure stuff or a debriefing, we still don’t know.

“But let’s be clear, since Monza – Monza was difficult – it’s been a reset of Esteban, the way that we are all working together.

“There’s been a lot of discussion, lots of hard work for Mark Slade, who is not new into race engineering, in order to bring him through the steps.”

The 2020 season continues this weekend with the Portuguese Grand Prix, for which practice commences at 21:00 AEDT.