‘Privileged’ McLaughlin never thought he would race for DJRTP

‘Privileged’ McLaughlin never thought he would race for DJRTP 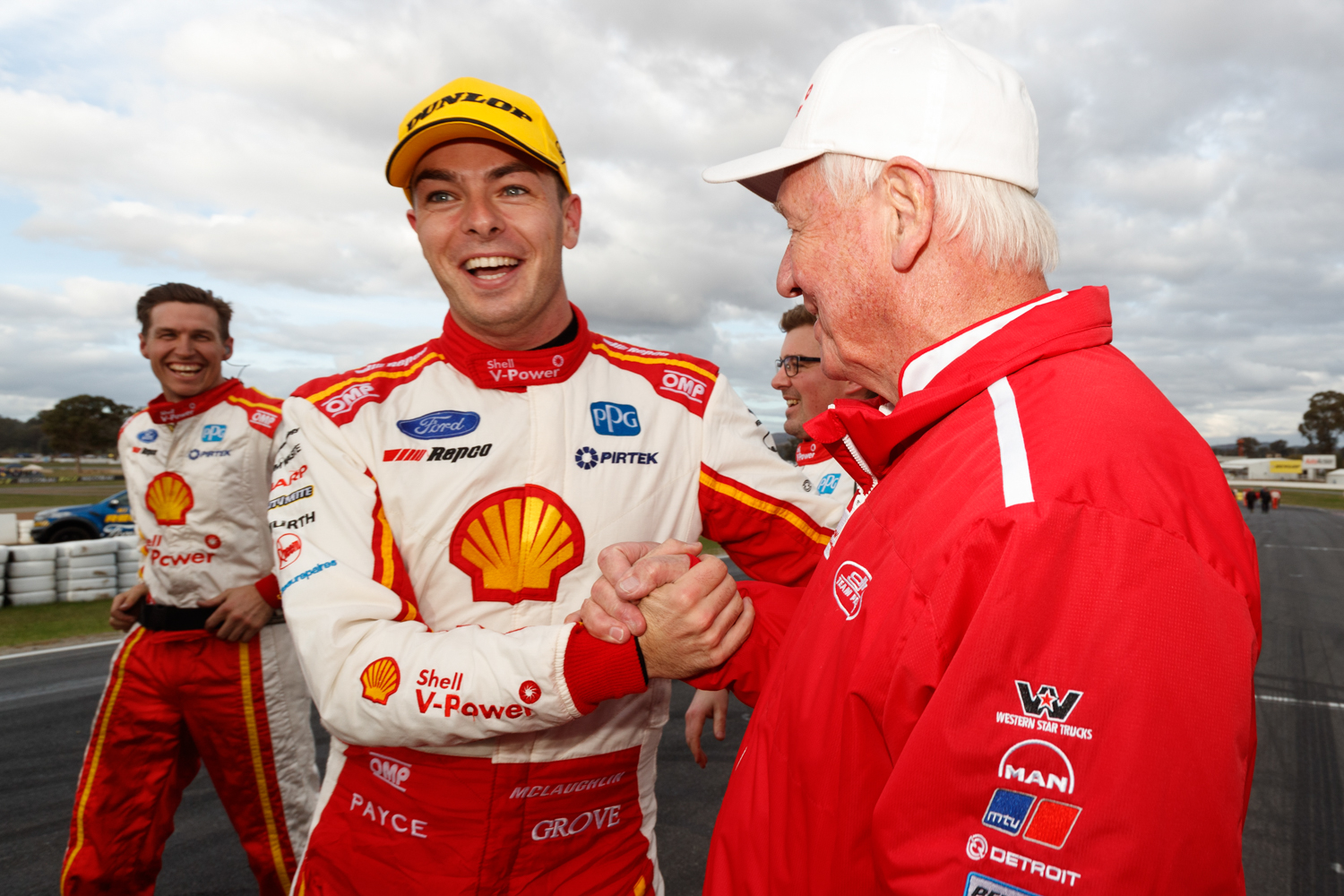 Scott McLaughlin says it has been a privilege to add to DJR Team Penske’s winning legacy in Supercars but admits he never thought he would drive for them.

The Kiwi made his full-time debut in the Supercars Championship with Garry Rogers Motorsport in 2013, a team which he spent four years racing with.

McLaughlin was then lured away to the rebranded DJR Team Penske operation for the 2017 season.

At the time, the team hadn’t won a race after two years as a two-car operation with the support of North American motorsport magnate Roger Penske.

McLaughlin moved to the team and was joined by renowned engineer Ludo Lacroix who came from Triple Eight Race Engineering.

The arrival of the Kiwi and the Frenchman brought almost immediate success with a second place finish in only their second race with the team at the Adelaide 500 that year.

As a result of McLaughlin’s success in 2020, DJR Team Penske is the first team in Supercars Championship history to rack up 10 drivers’ championships.

Johnson has the most of those with five followed by McLaughlin on three and then James Courtney and John Bowe who each won once with the team.

Speaking with Speedcafe.com, McLaughlin said taking the team into double figures for drivers’ championships was a major milestone.

“It’s huge to add three of those to the tally,” said McLaughlin.

“DJ did a fair bit of it back in the day and then obviously Courtney and (Bowe).

“The next best legacy is probably Walkinshaw (Racing), and then obviously you’ve got Triple Eight (Race Engineering) in the modern era.

“To bring the 17 back to victory lane, it’s something I’ve taken a lot of privilege in doing.”

Reflecting on his early career, McLaughlin said he never saw himself driving for the Yatala-based team.

McLaughlin admitted there was a time when the team was not an attractive option. Now, the three-time champion has no regrets about making the move.

“Obviously there was a period they were nowhere,” said McLaughlin.

“I never thought I’d be driving for DJR, to be honest. I looked at the team and thought that’s not the team where I thought I’d go.

“Obviously with the involvement of Team Penske and Roger, the professionalism they bring, obviously the partners, the support, and the dollars, quickly we built up a great group.

“They’re a great bunch of people. They welcomed my family in with open arms. They look after my well being away from the track. I couldn’t be more proud to drive for the team.

“They were well and truly there before I came along, to bring them back to where they were is massive.”

Following his 2020 drivers’ championship win, McLaughlin labelled it the most satisfying of his career to date.

In what has been a turbulent year for the team, the 27-year-old said he’s relished the team’s efforts despite uncertainty surrounding the calendar and the challenges posed by COVID-19.

“They’ve been nearly shutting doors a number of times, and then they’ve come back up and it’s all going good, and then COVID hits, then we drop people off again,” McLaughlin explained.

“There were 10 weeks there, it was a pretty hard 10 weeks for the team. I’m glad we got through it.

“We’ve come through and come back and (been) consistent and dominate when we needed to and get the points.

“To win the drivers’ championship by 450 points – teams’ championship, to win that again – it’s a testament to the people we have.”