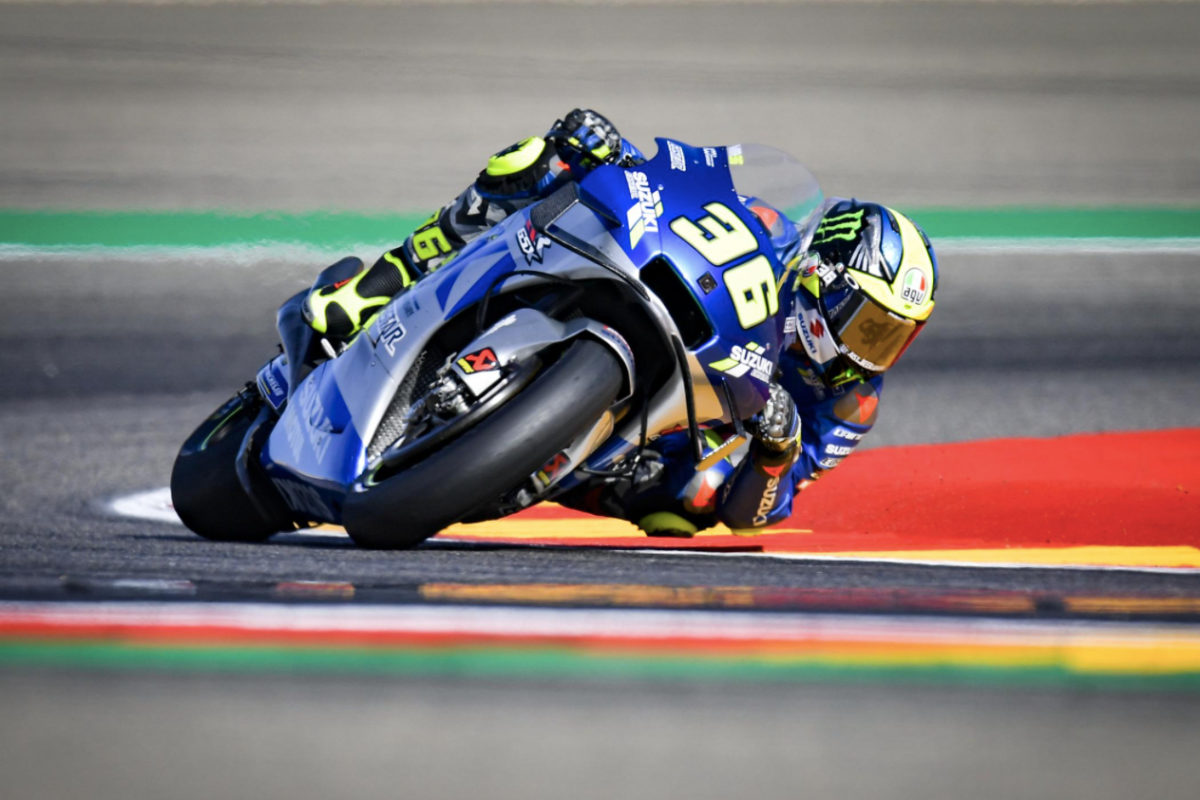 The Spaniard became the first Suzuki rider since Kenny Roberts in 2000 to lead the championship, with title rival Fabio Quartararo plummeting to 18th at the chequered flag from pole position amid front tyre dramas.

Team-mate Alex Rins became the eighth different rider to win a race in 2020, with Mir third on the day behind standout Honda rookie Alex Marquez.

Despite holding a six-point lead over Quartararo heading into this weekend’s Teruel Grand Prix, Mir suggested his primary goal is still that first race win, but remained proud of his consistency.

“It’s probably the most difficult part in this championship to always be on the podium, even with some problems,” he said.

“It’s easier I think when the bikes goes perfectly… it’s not easy, but it’s more easy when the bike and everything comes your way to make a win.

“But the important thing is when you struggle to get good results to get podiums, and this is why I’m the leader at the moment.”

The topsy-turvy 2020 season has featured a number of title swings, but Mir is not too focused on overall honours just yet.

“I go race-by-race, I don’t care a lot about the championship,” he explained.

“Every race I care more, but I don’t care as probably other riders, they want more the title.

“I want the title as (much as) them, but I know that what I’m looking for is the victory. I will not change the way to approach the races, I will continue like that.

“I will try to get the victory and then if I have enough points advantage or not, I will start to think about the championship.

“Honestly we can be able to defend this lead that we have. But the reality is now I will not go to the next race only to defend the title.”