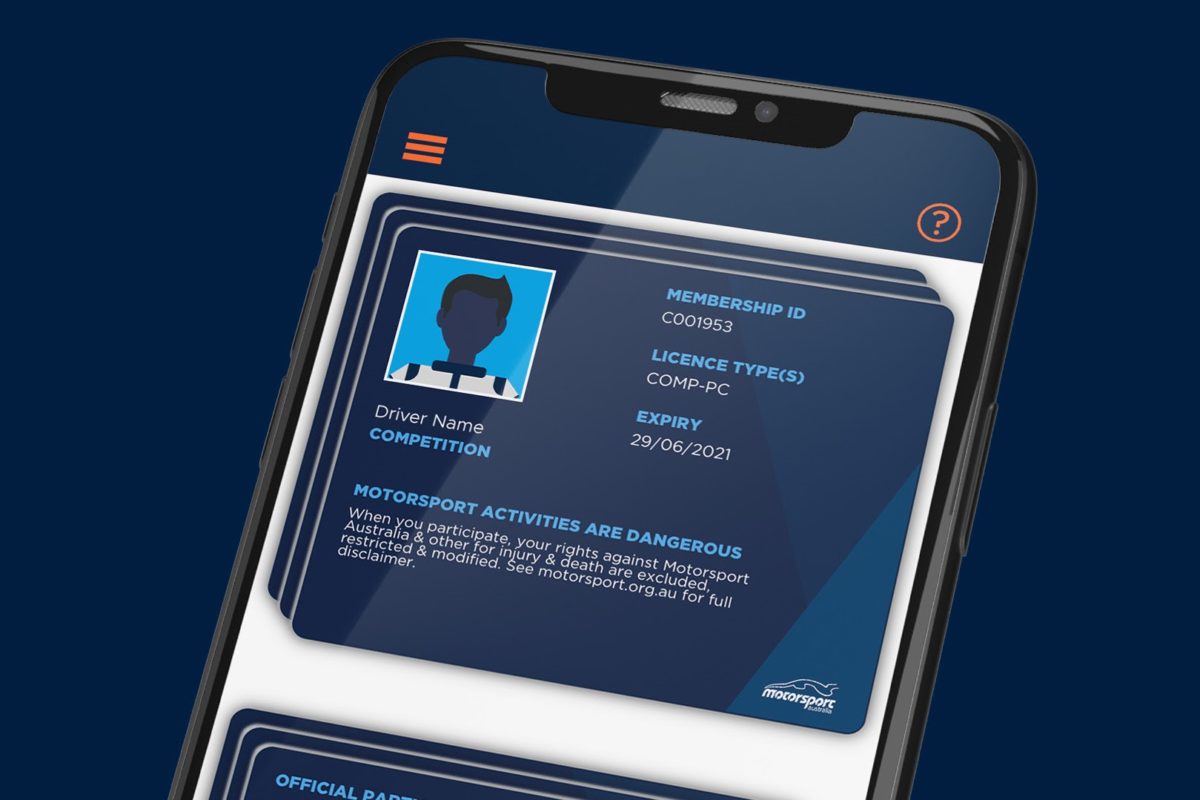 Artwork of the Motorsport Australia App

Motorsport Australia has released a new app which gives members access to their licence on a mobile device.

The Motorsport Australia App is set to replace existing licence cards, although physical licences will still be available on request.

“We want to see more people, enjoying more motorsport, more often and this app is one of the latest developments to help achieve this,” said Motorsport Australia CEO Eugene Arocca.

“Once members have renewed their licence via the Member Portal or with our membership team, the app will update instantly, meaning there’s no waiting for the card to be printed and then sent in the mail.

“Of course, anyone who still requires a physical card can be provided one on request, but as technology changes and people are more likely to move around without a wallet full of cards, we know our members will make the most of this app on their phone or tablet when attending events and needing to show their licence.”

The application is available on Apple’s App Store and Google Play by searching for ‘Motorsport Australia’, and is compatible with devices using Android 5.0 and higher, as well as iPhone 6S models and higher.

The initiative is part of a broader set of information technology upgrades at the governing body.

“We’d like to thank Melbourne App Development for their support during the creation of this app and we look forward to having our members embrace this latest technology to make their motorsport experience even easier,” added Arocca.

“There are a number of exciting changes upcoming, following the recent Motorsport Australia Taskforce recommendations, and the app was certainly something a lot of members had been suggesting.

“While 2020 has been a tough year for many in the motorsport family, we’re really excited about what lies in store for 2021 for all our competitors, officials, clubs and event organisers.”