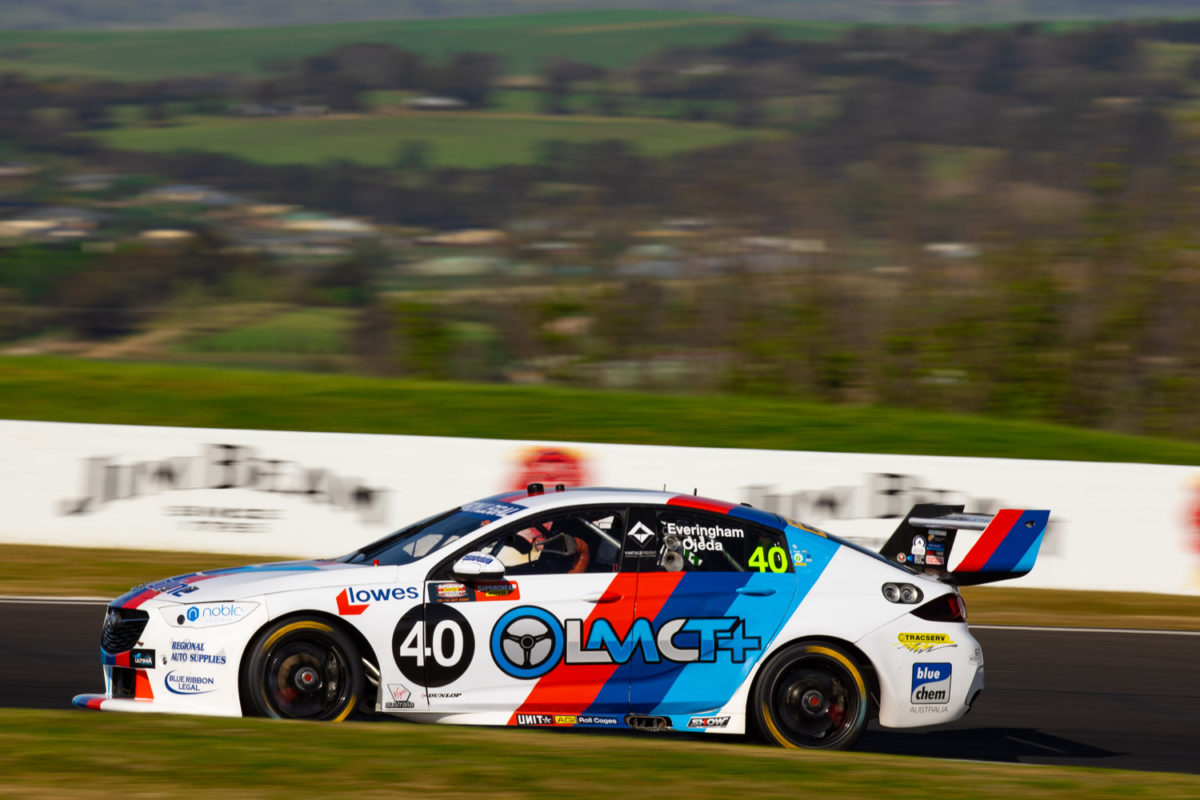 Garry Rogers has cited the sacrifice which several others had made as reason for continuing to field a wildcard in the Supercheap Auto Bathurst 1000 without Nathan Herne.

Garry Rogers Motorsport had maintained a stance, at least publicly, that it would not participate in the Great Race unless Herne was one of its drivers.

However, upon withdrawing its appeal against Motorsport Australia’s decision to not grant the 18-year-old dispensation for a Superlicence, Team Director Barry Rogers quickly confirmed that Jayden Ojeda would take his place alongside fellow Super2 driver, Tyler Everingham.

According to Garry Rogers, his commitment to the Everingham family and the travelling GRM crew in particular meant that the programme proceeded anyway.

“I had been strong in my stance that if Nathan couldn’t race then we wouldn’t race,” he wrote in GRM’s post-event column.

“Barry and I had a good talk about this on Monday the 5th October as it appeared the appeal to (the Australian Motor Sport Appeal Court, AMSAC) regarding Nathan’s licence would not be heard until very late in the week.

“Although I was still very strong in my belief, I was also aware of the sacrifices that others had made for this Wildcard entry.

“Cheree Everingham (mother) had done an enormous amount of work in bringing a sponsor group that supports Tyler together for the Wildcard entry and had made all the arrangements necessary for our team to be accommodated at Bathurst.

“The GRM crew had left Melbourne and were spending two weeks in quarantine.

“Valvoline, our loyal sponsor for more than 25-years also backed the entry and Tyler through all this uncertainty had maintained his composure and just about preparing the best he could.

Rogers revealed that Ojeda, who had made previous enquiries to the team about S5000, had effectively been placed on standby in the event that Herne’s bid for a Superlicence would remain unsuccessful.

He further claimed that Supercars CEO Sean Seamer issued an ultimatum of his own regarding the entry, namely that it was ‘out’ unless the appeal against Motorsport Australia was dropped.

That communication is said to have happened on October 9, the same day that the decision to withdraw the appeal to AMSAC was announced.

“We had a chat to Jayden and notified Supercars that if we were unsuccessful with Nathan’s licence appeal then Jayden would join Tyler in the Wildcard entry,” added Rogers.

“As the week rolled on there was an unusual silence from Supercars.

“In the lead up to a race meeting there are many clerical matters that require attention. (Stefan Millard, Team Manager) looks after all of this but was getting the silent treatment from Supercars.

“On Friday the 9th October this came to a head, we were less than a week out from Bathurst.

“I was made aware that we were not on the entry list for Bathurst, although our Wildcard entry had previously been approved by the Supercars Commission.

“I contacted Sean Seamer and was told that unless we drop the case against Motorsport Australia over Nathan Herne’s licence then we are out.

“Although extremely angry to be held to ransom when Nathan’s case was to be heard the following morning, I was given little choice.”

Supercars declined to comment when approached about Rogers’ comments by Speedcafe.com.

His account does square with Speedcafe.com’s understanding regarding the eligibility of the entry, at least so far as its initial approval is concerned.

As previously reported, a wildcard entry may be lodged with drivers effectively provisionally nominated, pending their attainment Superlicence.

Supercars is believed to have approved the entry, and Herne’s licence status was therefore the key issue.

The GRM ZB Commodore was ultimately the last classified finisher in the Bathurst 1000 in 19th position.

It ran on the lead lap for over 100 laps before requiring repairs after Ojeda hit the wall exiting The Chase, and eventually clocked up exactly the minimum 121 laps.

The Penrith driver is currently fourth in the Dunlop Super2 Series, and therefore best performing rookie, with no further rounds expected in 2020.