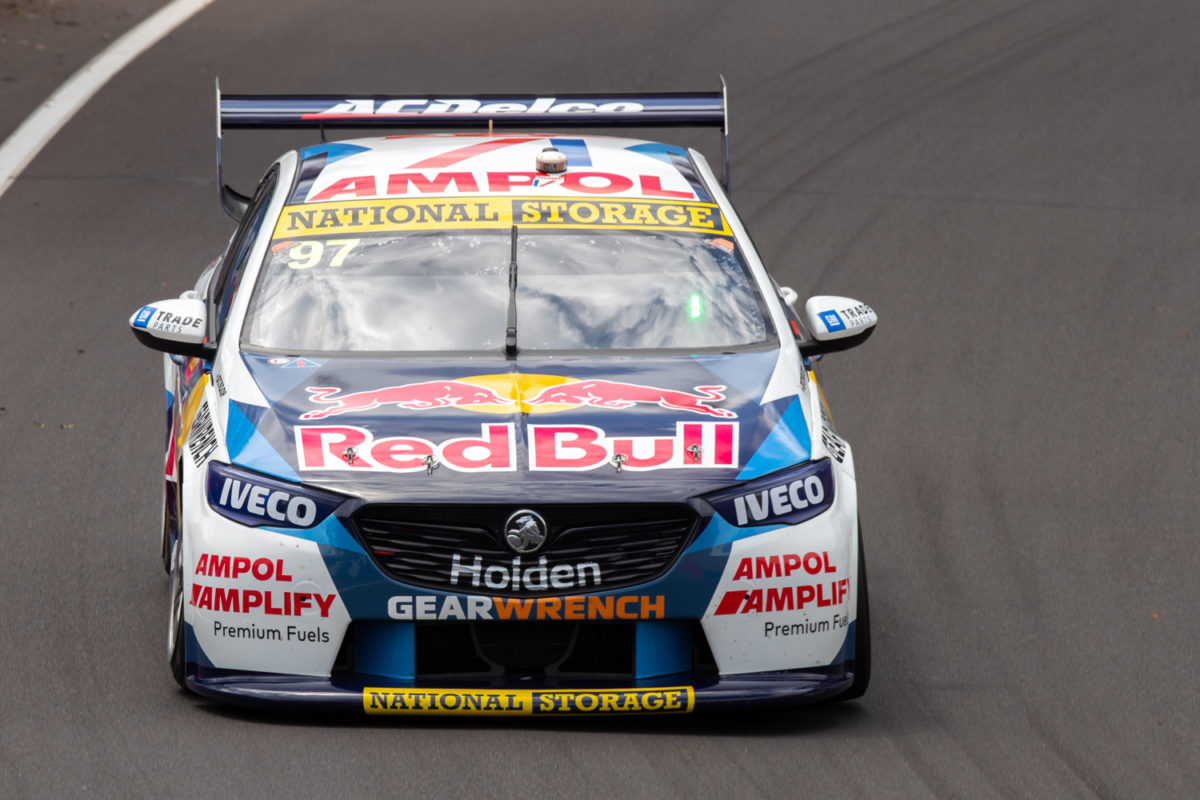 Garth Tander has predicted that he will renew with Triple Eight Race Engineering to contest next year’s enduros after winning this year’s Supercheap Auto Bathurst 1000.

Tander’s initial two-year deal culminated in another Bathurst 1000 victory, the last for a factory Holden entry, with Shane van Gisbergen.

The 43-year-old has suggested that he will be back in the Triple Eight line-up in 2021.

“RD and I had a quick chat last night and he asked what I was up to next year,” said Tander when asked about whether he would go around again by Speedcafe.com.

“I said, ‘I’d love to drive your car again,’ so I’m pretty sure we’ll work something out.”

While the veteran now has four Great Race successes to his name, this year’s was the first for van Gisbergen.

Tander revealed that he gave similar advice to the New Zealander as he did when he partnered other first-time winners, namely Will Davison in 2009 and Nick Percat in 2011.

“When you win Bathurst, everyone knows what you did,” observed the West Australian.

“When you walk down the street on Monday, everyone knows what you did on Sunday.

“Everyone watches Bathurst, everyone has a passing interest, it’s one of Australia’s biggest sporting events, and it’s a really big deal to win that one, and for us to win that one for Holden was really, really special, given it’s their last official involvement at Bathurst.

“I said to Shane as we were walking out, ‘Mate, your life’s about to change,’ and it is a big, big deal in Australia.”

His first, however, was all the way back in 2000 when he guided a VT Commodore to victory with Jason Bargwanna at Garry Rogers Motorsport.

“It’s a bit surreal, to be honest, having celebrated your 20th anniversary of winning your first Bathurst with another win,” he explained.

“(It was) A really, really special day.

“It only feels like yesterday that I got that first win back in 2000 – I was only 23 years old – so, really, really honoured to have had success here on multiple occasions now.

“It’s such an iconic part of Australian motorsport, so to taste success again this weekend with the Red Bull Holden Racing Team, with Shane, was a real, real honour and something I’ll savour for a very long time.”

Exactly how many enduro events will be held next year is not yet known, although Supercars is understood to have been considering holding as few as just the Bathurst 1000.

The full 2021 calendar is set to be released later this month, although confirmation has already come that the season-opener will be held in New South Wales.

There have been strong hints that Mount Panorama, specifically, will be the curtain-raiser next year.