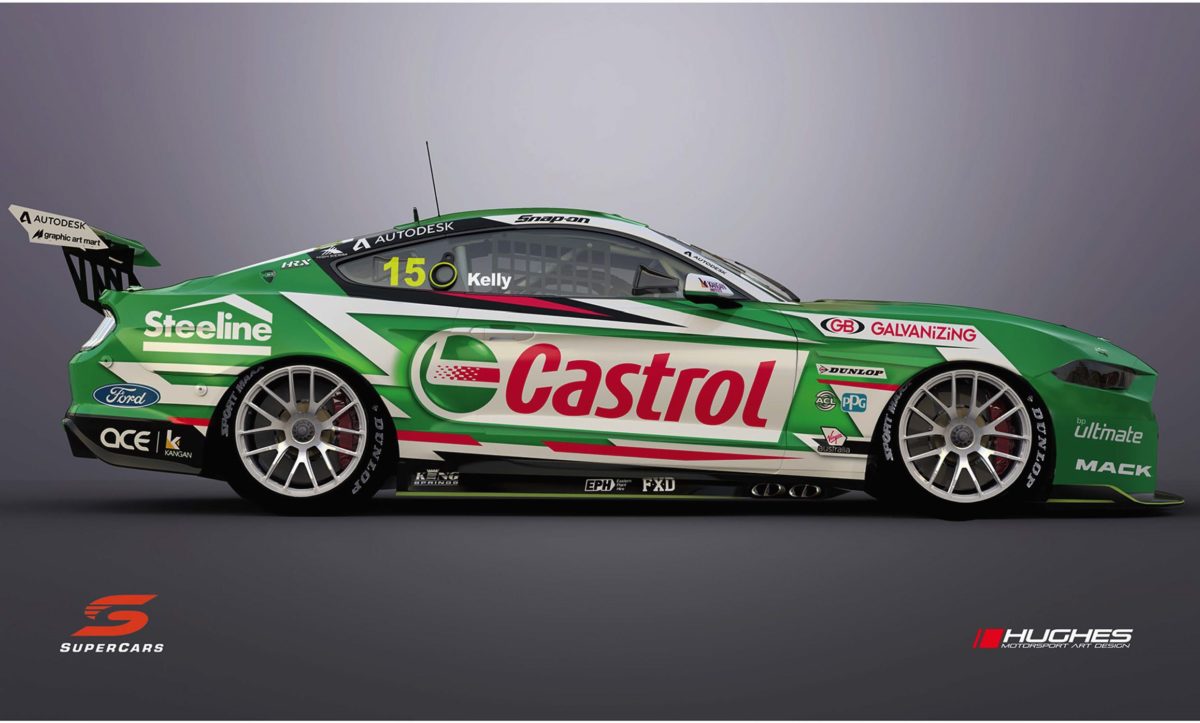 Supercars has unveiled its Gen3 plans and we want to know what you think of the championship’s impending new era in this week’s Pirtek Poll.

From 2022, the Supercars Championship is set to become a contest between at least two American hero cars in the form of the Chevrolet Camaro and Ford Mustang.

While the latter is already on the grid, and both nameplates have featured in the Australian Touring Car Championship in decades past, Gen3 represents at least a significant evolution from what is currently being raced.

The new-spec Mustang Supercar will bear a far greater resemblance to the road-going version given that the height of the vehicle will be 100mm lower than presently.

Gen3 vehicles are also set to have the same “key panels and glass” as the road car.

However, the direct improvements to the entertainment offering concern more than mere aesthetics.

Downforce is set to be reduced by 200kg and a new tyre is also to be developed as part of the project.

It should be noted that this year’s trimming of downforce did not seem to deliver a commensurate improvement in racing, but Gen3 offers a prime opportunity to revisit that issue.

Engines are set to be less powerful in the Gen3 era, but that should be offset by a reduction in weight relative to Gen2.

Furthermore, the generic engine concept which was partially developed for Car of the Future is on the table again.

That proposition opens the door for marques which may not have a suitable V8 to race with and would presumably prevent the frustrations experienced by the likes of Kelly Racing during its time as Nissan Motorsport.

The new cars will be hybrid-capable, creating the potential for systems such as push-to-pass, although that will not necessarily be a feature from the beginning of Gen3, if it all.

For competitors, components such as the transaxle, dampers, and rear suspension will carry over, reducing the upfront cost of the change.

Supercars is also aiming for a cost reduction of 30 to 40 percent relative to current levels, and such benefits would not only shore up existing teams but could also entice new ones.

Faux arrived at Clayton direct from British Touring Cars, in which he was responsible for the MG 6 which took the manufacturers’ crown in 2014 and the Subaru Levorg with which Ashley Sutton was victorious in the 2017 drivers’ championship.

He therefore brings a fresh perspective from a category which is generally considered to have a cost-effective set of regulations that promotes entertaining racing.

However, part of the drive to achieve financial savings with Gen3 is further use of control parts, a point picked up on by Shane van Gisbergen.

The 2016 champion, speaking in the days before he also became a Supercheap Auto Bathurst 1000 winner, urged caution regarding the possibility of regulating cars to be too similar.

Van Gisbergen suggested that some variation in design philosophy is needed in order to promote passing, and also for its own sake as a point of interest.

Do you like Supercars’ plans for Gen3? Cast your vote in this week’s Pirtek Poll.