‘Light headed’ Le Brocq made call to swap out

‘Light headed’ Le Brocq made call to swap out 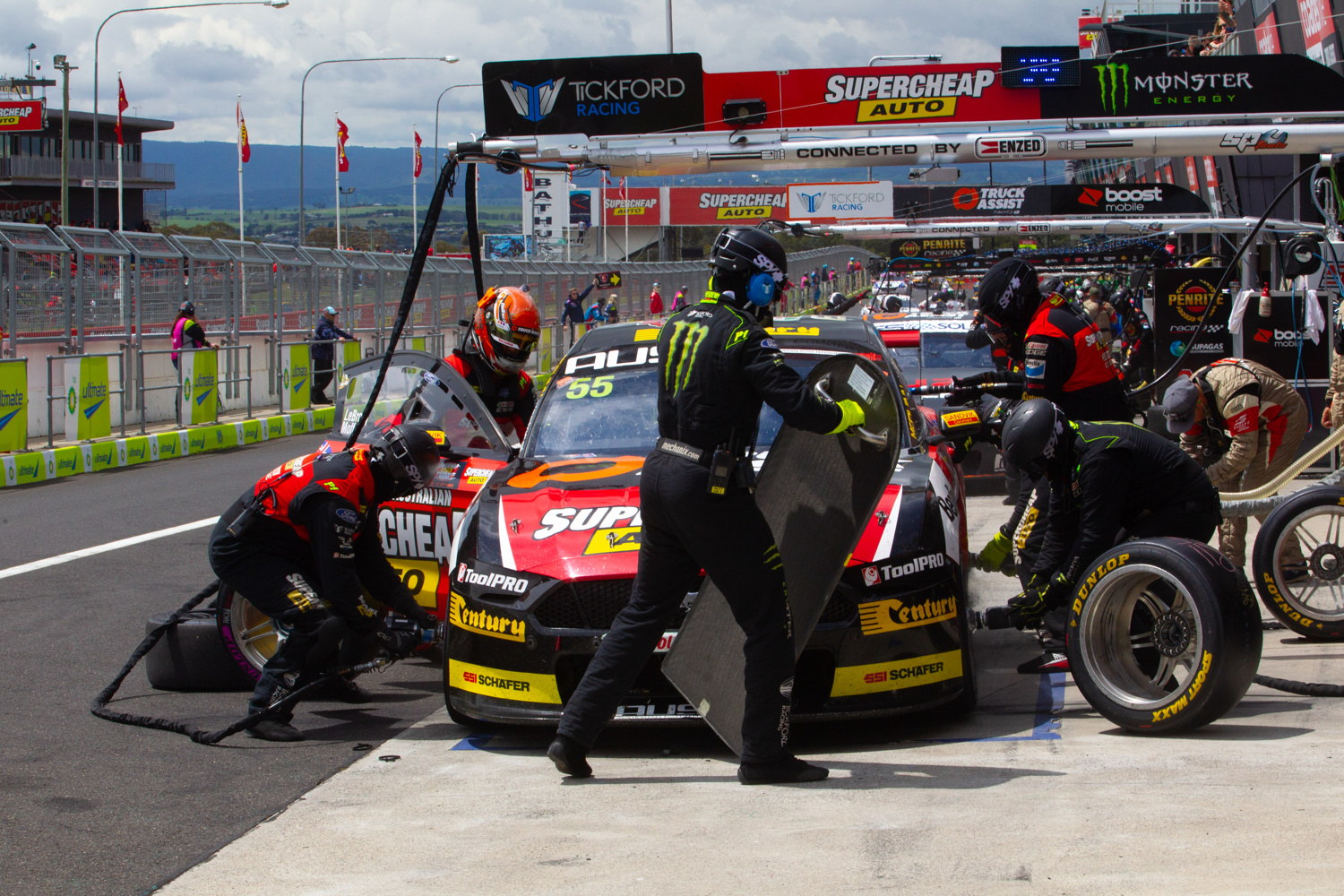 Jack Le Brocq says he made a call to swap out with James Moffat for the final stint after feeling light headed during the Supercheap Auto Bathurst 1000.

The Supercheap Auto Racing driver came into the pit lane on Lap 138 for his last scheduled stop.

By that time, Moffat had completed his minimum amount of co-driver laps. However, a nauseous Le Brocq elected to put Moffat back into the #55 Ford Mustang.

The former full-timer ran on the fringe of the top 10 for the final stint of the race, but faded to 14th on the final lap of the race.

A downbeat Le Brocq said he was disappointed not to finish higher up in what was the final Bathurst 1000 backed by Supercheap Auto.

“We were on for a good result there and I don’t know what happened, just called it, had to jump out. We had a few issues with the helmet fan and stuff like that, it wasn’t really working all day.

“I don’t know, might just be a little bit soft or prone to the gases. It was quite gassy in there and I felt a bit light-headed, and that was that really.

“Instead of risking the car, we just put Moff back in instead. We had to do a pit stop anyway, but I made the call to jump out, I wasn’t feeling great. There wasn’t any point risking all that.”

Le Brocq said he was pleased with Moffat’s performance, but believed they were on for a stronger result.

The Tickford Racing entry had been strong throughout the weekend, Moffat topping the first co-driver practice session on Thursday.

“Moff was doing an awesome job all day and the guys did great with strategy, it was really good,” said Le Brocq.

“We were chipping away and we had some really good speed at the end there, so it’s a shame we didn’t get the result we potentially could have had, maybe a top five or top six, who knows.

“It’s Bathurst. An up and down weekend.”

Waters’ result saw him move up the drivers’ championship standings from third to second after Jamie Whincup crashed early on in proceedings.

“It’s a good sign-off for Cam for the year, pretty stoked for him to get onto the podium there,” said Le Brocq.

“Awesome team result, stoked for Cam and his guys and Will, they did an awesome job on the day. It’s a cool way to sign off the year for them, and yeah, looking forward to next year.

“The team’s doing an awesome job and got some great speed at the moment. We’ve proved that the last few rounds, we’ve been really, really fast. Just chipping away, we’ll come back stronger next year.

“The guys are doing an awesome job. Especially being on the road, it’s a credit to the whole team, the awesome job they’ve been doing to produce cars like this that can go that fast, being on the road for over 100 days, it’s pretty impressive. Very cool.”