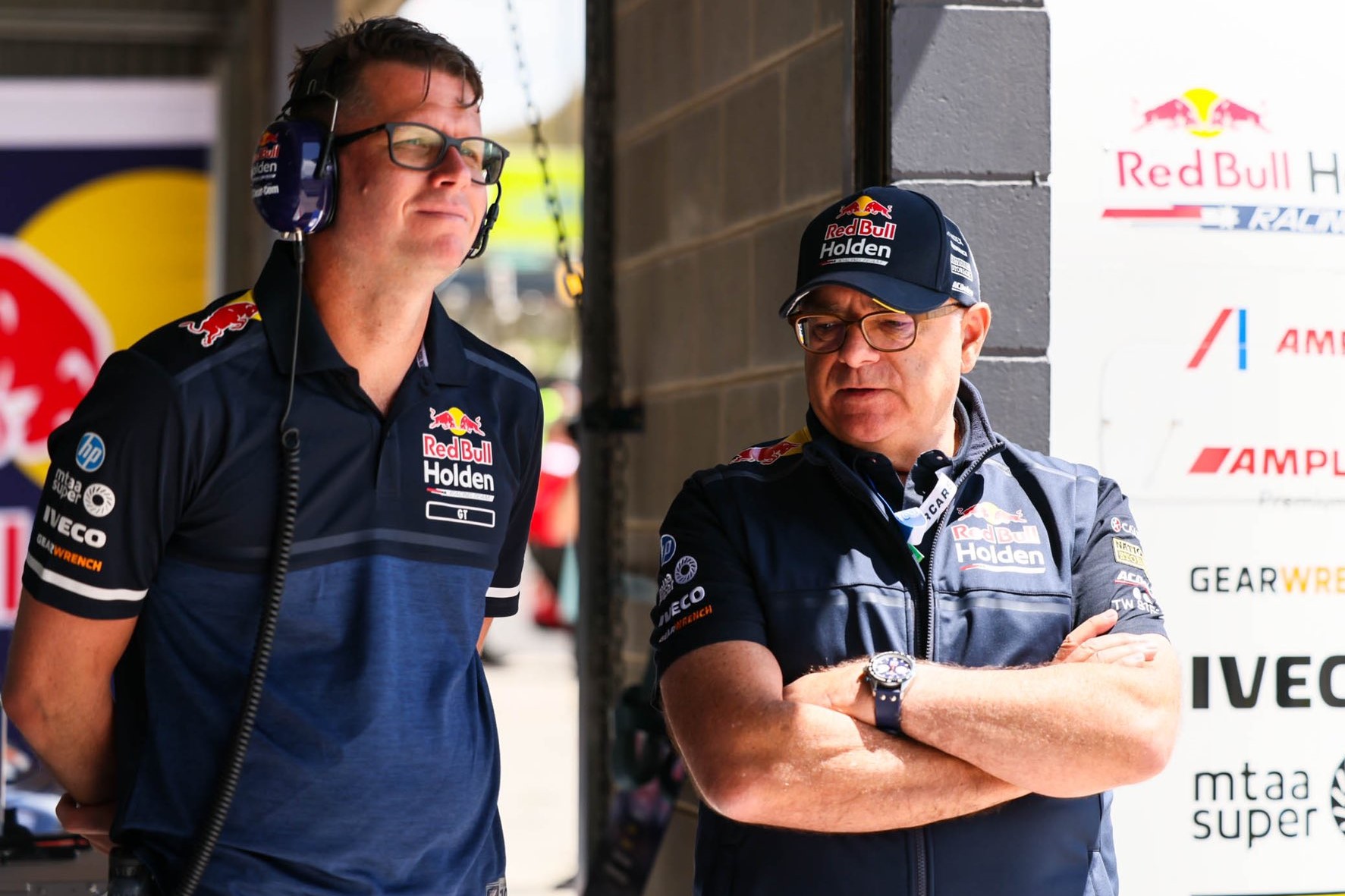 Roland Dane has paid tribute to Holden, its employees, and its fans after his team won the final Supercheap Auto Bathurst 1000 for the marque in a factory capacity.

In his 14th appearance at The Mountain, Shane van Gisbergen claimed his maiden win in the Great Race after five attempts with the Red Bull Holden Racing Team.

It comes after two second place finishes in the race, his first in 2016 with Alexandre Premat and again in 2019 with Garth Tander.

“Honestly, awesome job by all these guys. Shane and Garth did exactly what we asked of them and more,” said an emotional Dane on the podium.

“But I really wanted to acknowledge the end of an era with Holden. We’re leaving with a tinge of sadness, but also looking to the future.

“We’ve got great plans which everyone’s seen,” he said in reference to plans to race the Chevrolet Camaro in 2022, “and hopefully we’ll be back here in a couple of years’ time with the most exciting cars that Bathurst has ever seen.

“So it’s farewell to Holden as a new car brand in Australia, but some great memories, and we’re really, really sorry we can’t share it today with all those fans that would normally be packed out here.”

Following the podium ceremony, Dane said the foundations of the win came during a brief spell of rain.

At the time, the race was led by Will Davison in the #6 Monster Energy Racing entry followed by #17 Shell V-Power Racing Team pilot Scott McLaughlin.

As the track dried, van Gisbergen stretched his lead out to three seconds over Fabian Coulthard who had moved up to second place from fourth.

“It’s an awesome moment and just so satisfying to see Garth and Shane on top of their game today,” Dane told Speedcafe.com.

“Shane built the victory by being so awesome in the wet on slick tyres, which (are a) van Gisbergen trademark.

“It’s very pleasing from the point of view of delivering for all the dealers, all the current employees and ex-employees over the years, and of course, all the fans.

“It’s been mega to be able to have the opportunity to send off an iconic brand in style and then look to the future. It’s just a shame the fans weren’t here to be a part of that.”

Dane also paid tribute to those teams that have been on the road since July 6.

The Virgin Australia Supercars Championship season finale marked 105 days since Victorian-based teams have been out of state.

“And we should also just thank all the Melbourne teams, for everything they’ve done, to ensure that we could get here in the last three months,” said Dane.

“Thank you to all those guys from Melbourne. Thank you and hats off.”