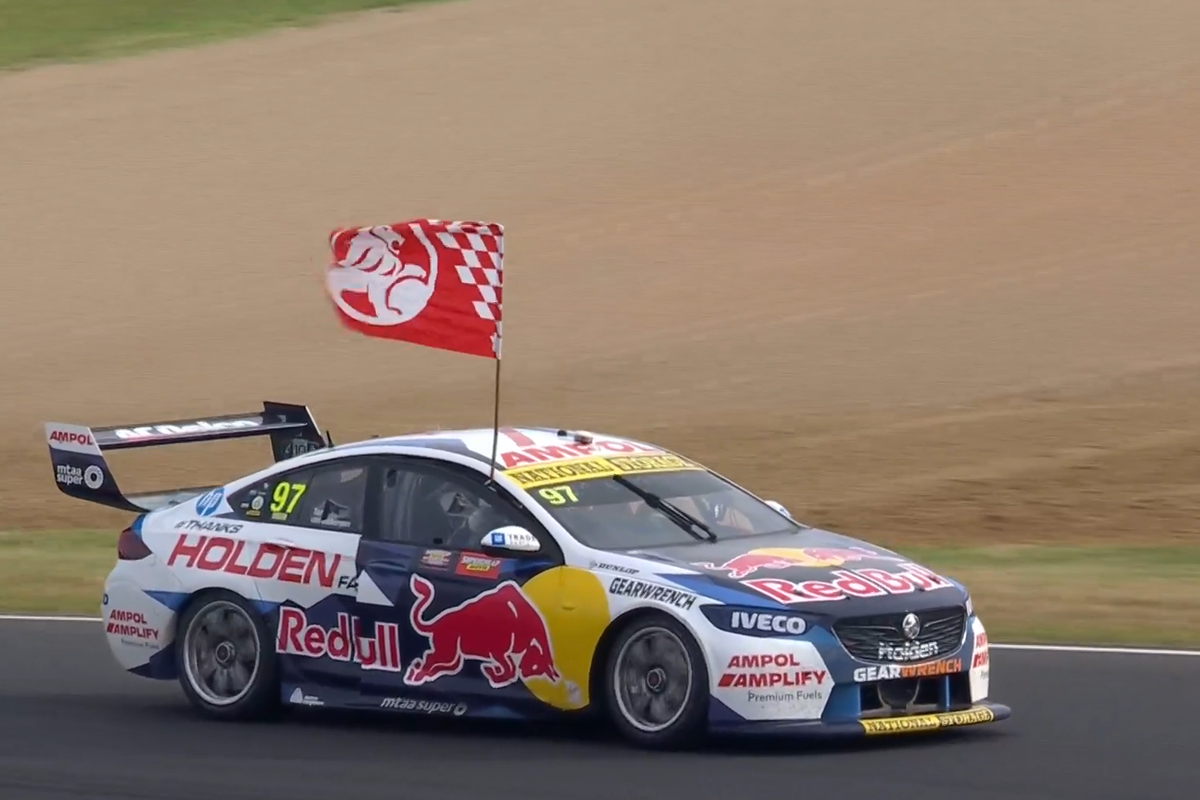 A chance encounter on his victory lap afforded Shane van Gisbergen the opportunity to send off Holden’s factory involvement in the Supercheap Auto Bathurst 1000 in iconic style.

The New Zealander claimed victory in the Great Race after a nail-biting finale which witnessed two Safety Cars inside the final 10 laps of the 161-lap epic.

He shared the success with Garth Tander, who had won the event three times previously – two of those under the Holden Racing Team’s previous guise with Walkinshaw Racing.

Upon crossing the line to take his first victory in the blue riband event, van Gisbergen and 2020 Supercars Champion Scott McLaughlin took to the 6.2km circuit for a lap of honour.

It was upon his descent from the Mountain that van Gisbergen acquired a Holden flag from a fan, creating an iconic image celebrating his victory and the end of Holden’s factory involvement in the race it had won on 33 previous occasions.

“I was thinking I’ll pick up the chequered flag then I saw the guy there and I thought I’d stop and grab it,” he explained of his celebration.

“It’s pretty significant for Holden to farewell them this way as the factory team and as an official race team.”

The New Zealander made his Supercars debut at the wheel of a Ford Falcon, piloting a Holden for the first time in 2013 when he joined Tekno Autosports.

It was the start of what has been an eight-year relationship with the marque, the last four of those as an HRT driver.

“It’s been pretty cool to be part of and then becoming the factory team two or three years ago and having that weight on your shoulders and presenting them like that, it’s pretty special,” he explained.

“To win here on the last one in a Holden is pretty cool.”

I’m not sentimental but seeing SVG drive around with the Holden flag out the window made me reflect on all the people who have supported the brand, all the people who’ve worked for Holden, all the fans – there are so many passionate people associated with this Aussie brand. 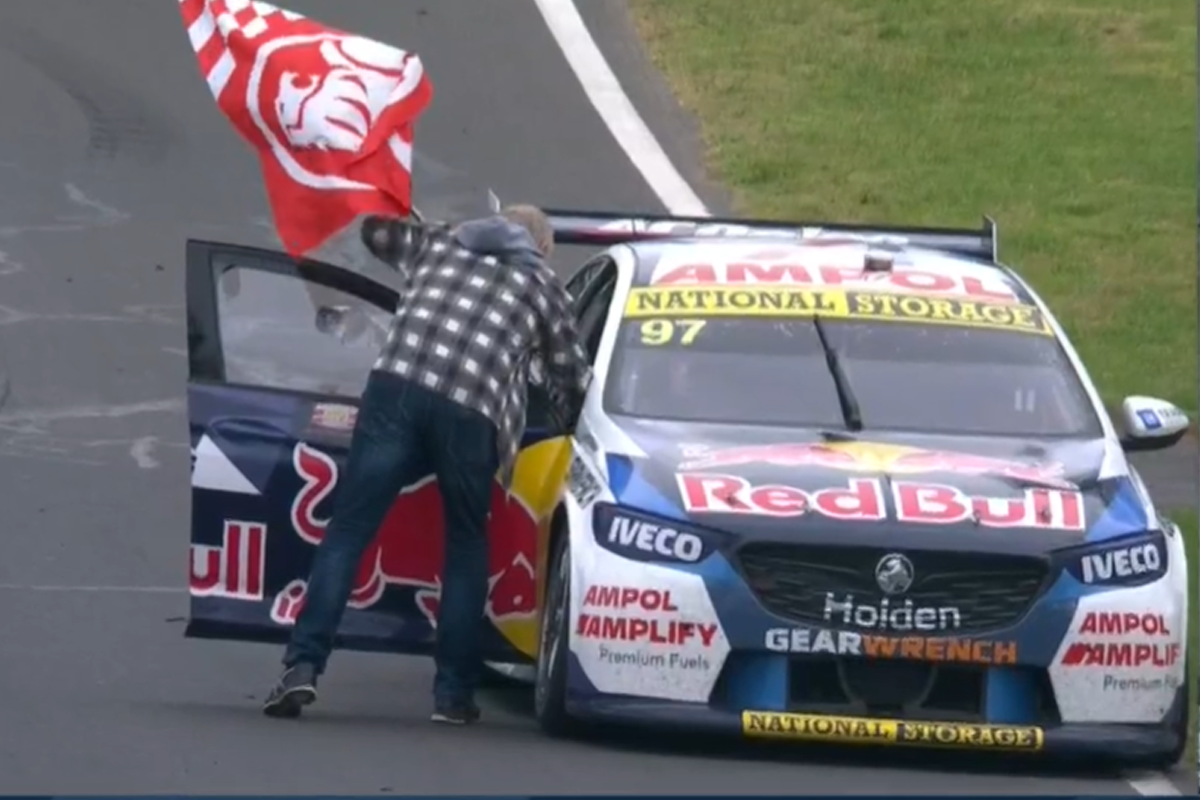