Whincup/Lowndes crash out of Bathurst 1000

Whincup/Lowndes crash out of Bathurst 1000 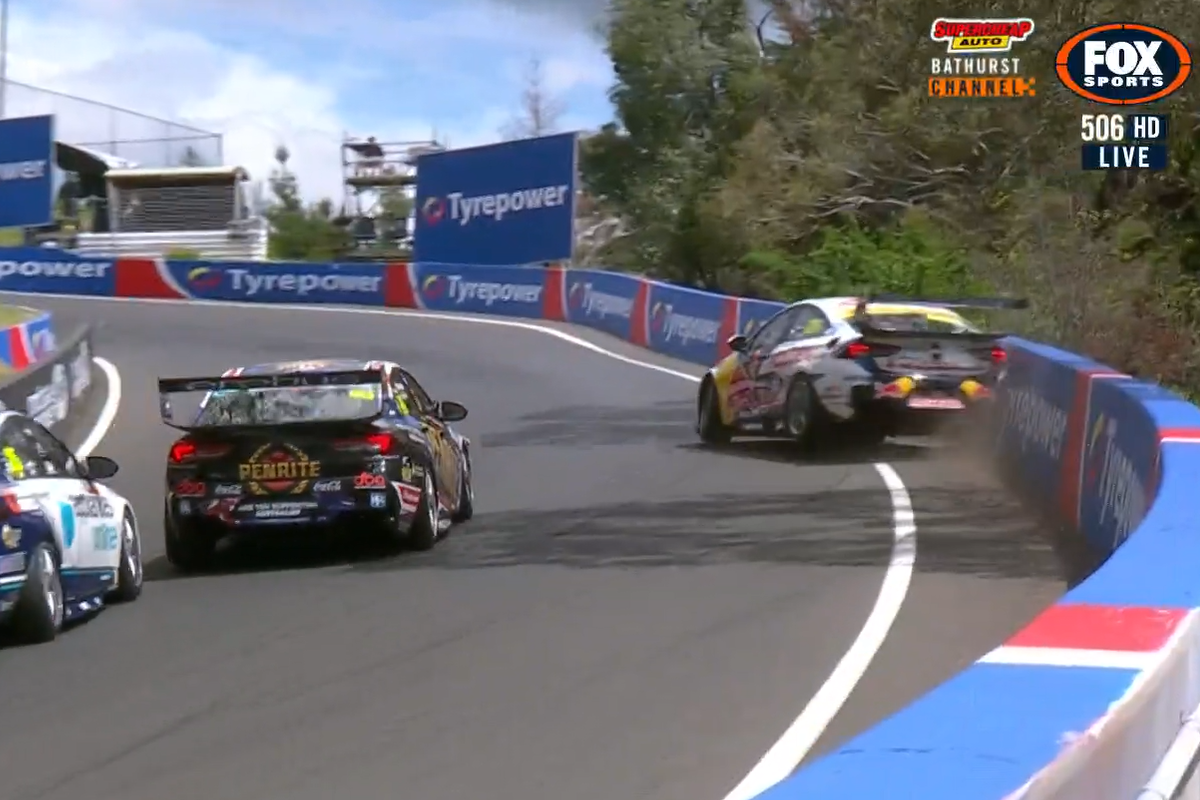 Jamie Whincup and Craig Lowndes are out of the Supercheap Auto Bathurst 1000 after the four-time Great Race winner crashed on Lap 32 at The Cutting.

Wide on approach to the corner, Whincup lost control as he turned in and slapped the right-hand-side wall.

“This place, you’ve got to have respect for it,” said Lowndes.

“If it doesn’t, it bites you. We’ve all made mistakes here. It is a shame, the car was working extremely well.

“That first stint of mine, we just had to make sure we look after the tyre. I harassed the buggery out of Caruso as I am.

“Jamie was in for a stint and a half and it is difficult because obviously you want to get around cars, and as soon as you’re about half a car’s width wide coming into the Cutting, it’s all obviously dirty there. I’m sure he’ll be disappointed with himself.”

This year’s Supercheap Auto Bathurst 1000 marks the final outing for the Red Bull Holden Racing Team in a factory capacity.

It’s the first time either Lowndes or Whincup have had a DNF in the Bathurst 1000 since 2002.