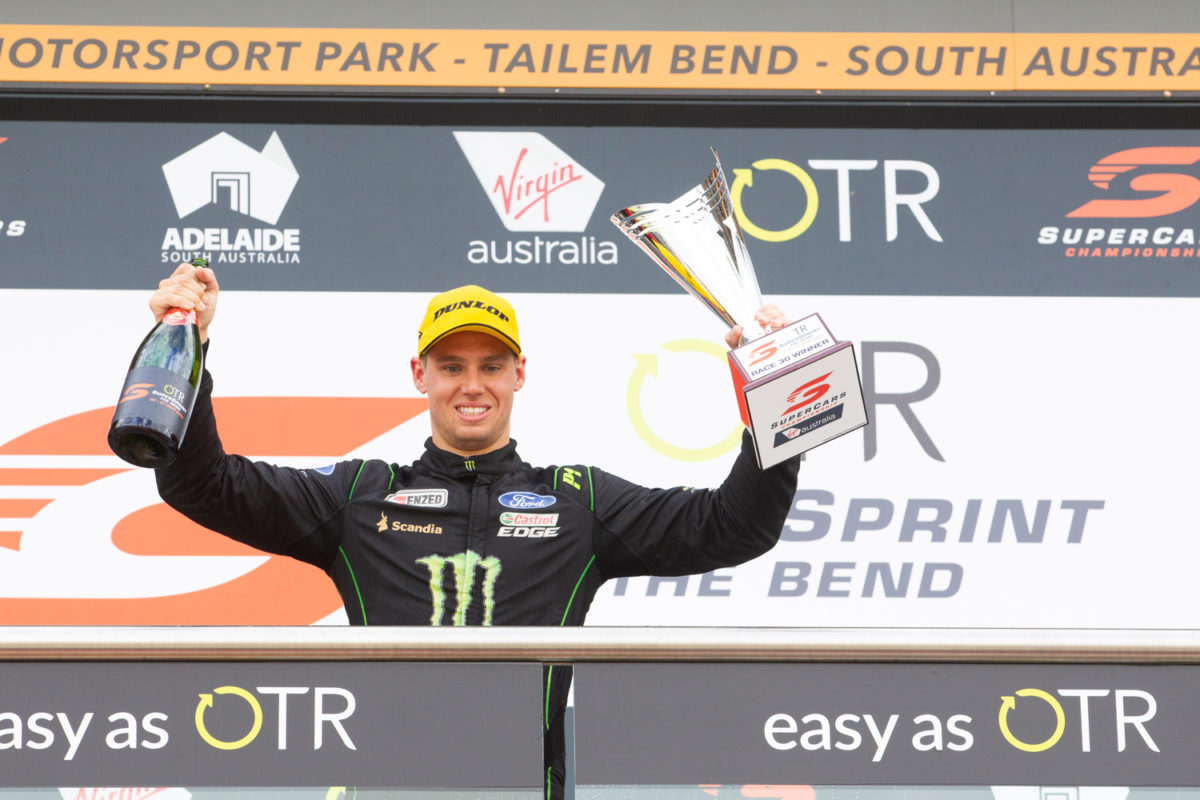 Cameron Waters after taking victory at The Bend

Tickford Racing’s Cameron Waters has been voted the Supercars Drivers’ Driver by his peers over the course of the 2020 season.

The Monster Energy Mustang pilot enjoyed something of a breakout campaign, taking a maiden solo victory at The Bend and second place with Will Davison at the Supercheap Auto Bathurst 1000.

Followed his podium in that event, Waters was presented with the award during the post-race Gala ceremony.

“Absolutely amazing. I need to thank absolutely every one of you guys for voting for me, obviously didn’t run into you enough this year,” Waters said of the award.

“Just building on last year,” he added when asked what made the difference in 2020.

“(I) Had a fair bit of pace, just not really been able to back it up every weekend.

“So this year’s probably been the turning point with that stuff.

“This weekend has been absolutely amazing, obviously the pole award was really cool, had a lot of fun doing that and gave it absolutely everything today.

“Awesome year, couldn’t do it without my boys. They’ve had so much sacrifice this year, like all the Vic teams. They’ve just been putting in a massive amount of work; (I) can’t thank them enough.

Waters ended the 2020 season second in the championship to Scott McLaughlin, racking up nine podiums (including one win), and 13 other top 10 results across what was officially a 31-race season (four of which were never held).