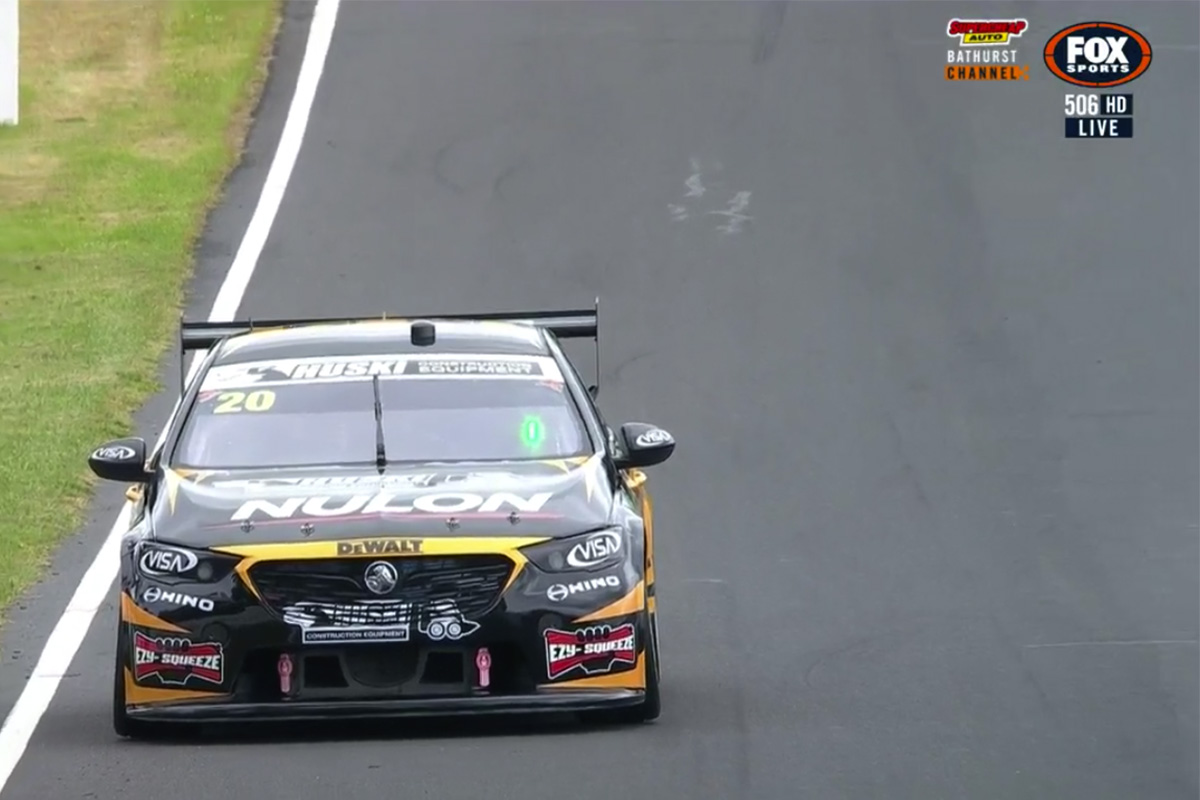 Preparations for the Supercheap Auto Bathurst 1000 were stifled for Dean Fiore and Scott Pye after suffering an oil pressure sensor failure in the morning Warm Up.

Fiore rolled out of the pit lane at the beginning of the 20-minute session but came to a stop up Mountain Straight on the approach to Griffins Bend.

The DeWalt Racing Holden ZB Commodore was duly pulled behind the wall and did not return to the track when the session resumed.

“We just rolled out to road some wets, and as I was going up Mountain Straight, I looked down at the dash and there was an alarm light, and the next signal was engine off,” said Fiore.

“So I shut off, chatted to the lads and that was it.”

Pye said he didn’t believe the Team 18 entry would need an engine change, despite the crew preparing its hoist soon after the session stoppage.

“They’ve just had to change the adapter on the sensor,” said Pye.

“If there was a real serious drama, I’d suspect there’d be some oil on the race track, but Deano didn’t report that when they brought him back.

“So, hoping it’s a simple fix, but unfortunately with the recovery time, we didn’t manage to get a lap in and that was our session done.”

Pye and Fiore will start the Supercheap Auto Bathurst 1000 from 12th, which gets underway at 11:00 local time/AEDT.