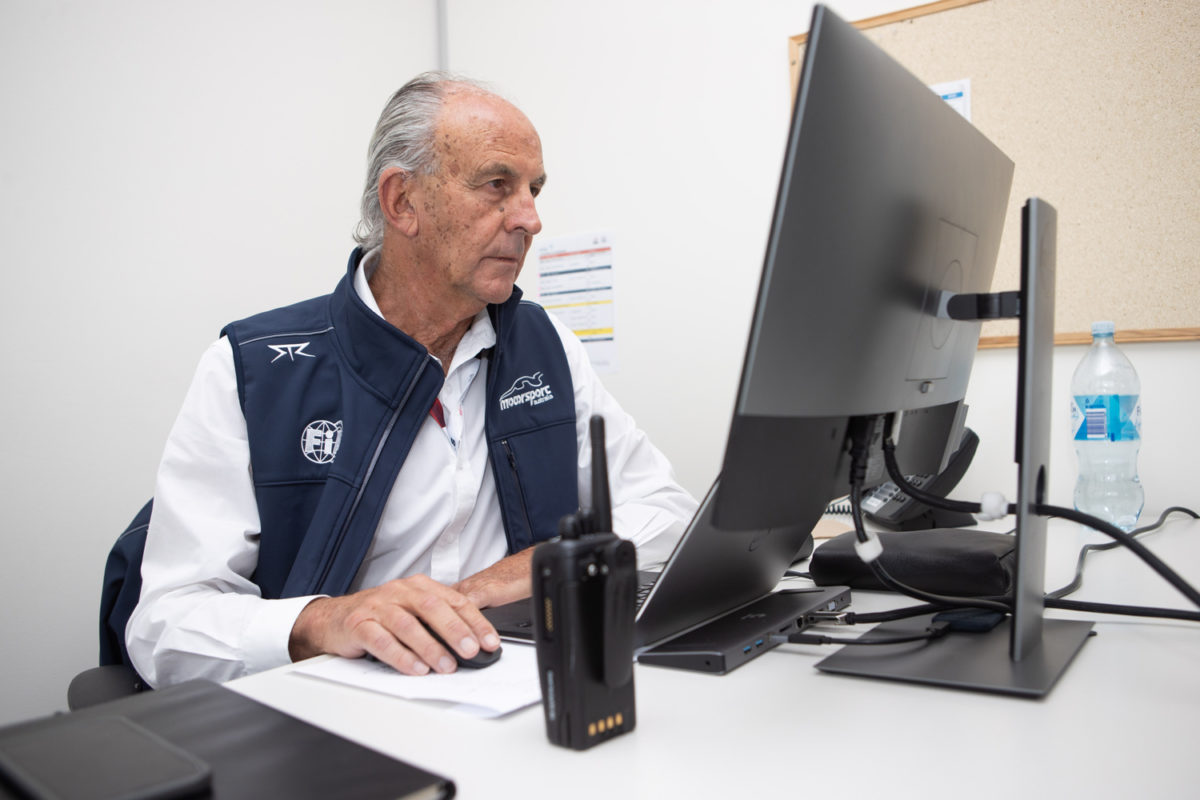 Tim Schenken has confirmed that he has no plans to retire following the conclusion of the 2020 Supercheap Auto Bathurst 1000.

Based in Victoria, the veteran Race Director has been absent for much of the 2020 season with Deputy Race Director James Taylor filling the void.

Though he’s returned for Bathurst, the 77-year-old’s prolonged absence sparked renewed suggestions he could step down from the role at the end of the current season.

“I don’t see an end at this stage. I haven’t started dribbling yet and forgetting things; well, not too many things,” he smiled when speaking with Speedcafe.com.

“I don’t see an end to be honest, but there must be an end soon. You can’t keep going forever, so I’m closer to the end than I was at the beginning.”

“I love the sport and I feel privileged to be involved,” he added.

“I’ve had a life as a professional driver, I’ve had a further extension of that as I’m building race cars, owning a team, running a team.

“Coming back to Australia in ‘84 and then being involved in the administrative side, it’s a continual challenge.

“There’s always some new experience so it’s always a challenge.”

Aside from his role as Race Director with Supercars, Schenken has become a senior figure within the FIA.

His current role with the global governing body has him inspecting circuits on its behalf, though that’s a task that’s been rather curtailed this year.

He also plays a key role in the Formula 1 Australian Grand Prix, acting as Clerk of Course and Chairman of the Organising Committee.

“It’s for somebody else to tell me,” he reasoned when asked about his legacy and contribution to the sport.

“There’s no question in my mind, compared to 10 or 15 years ago, five years ago that the management of the races is much better now and we’re much more confident in what we do.”

With nearly four decades experience in the sport’s administration, his his influence has also extended to those he works with, such as Formula 1 Race Director, Michael Masi.

The pair worked alongside one another, officiating Supercars races, before Masi earned a call-up to oversee F1’s feeder series.

That quickly became F1 itself following the tragic death of Charlie Whiting in the days before the 2019 Formula 1 Australian Grand Prix, a role he continues in to this day.

“I could see it with Michael,” Schenken ventured of the talents which saw his young colleague take on the biggest category in world motorsport.

“It’s a difficult situation because sure, you get older, but you gain a lot more experience. So, at some point, there needs to be a crossover. That’s when the younger ones will take off.

“I’m close to Michael, we talk to each other every Grand Prix before, after, during whatever, whenever something comes up,” he added.

“That’s the other nice thing, knowing all of those people in those senior roles and the FIA and knowing them personally, being able to ring them and ask questions, they ring you and ask questions and it’s a nice little network.”