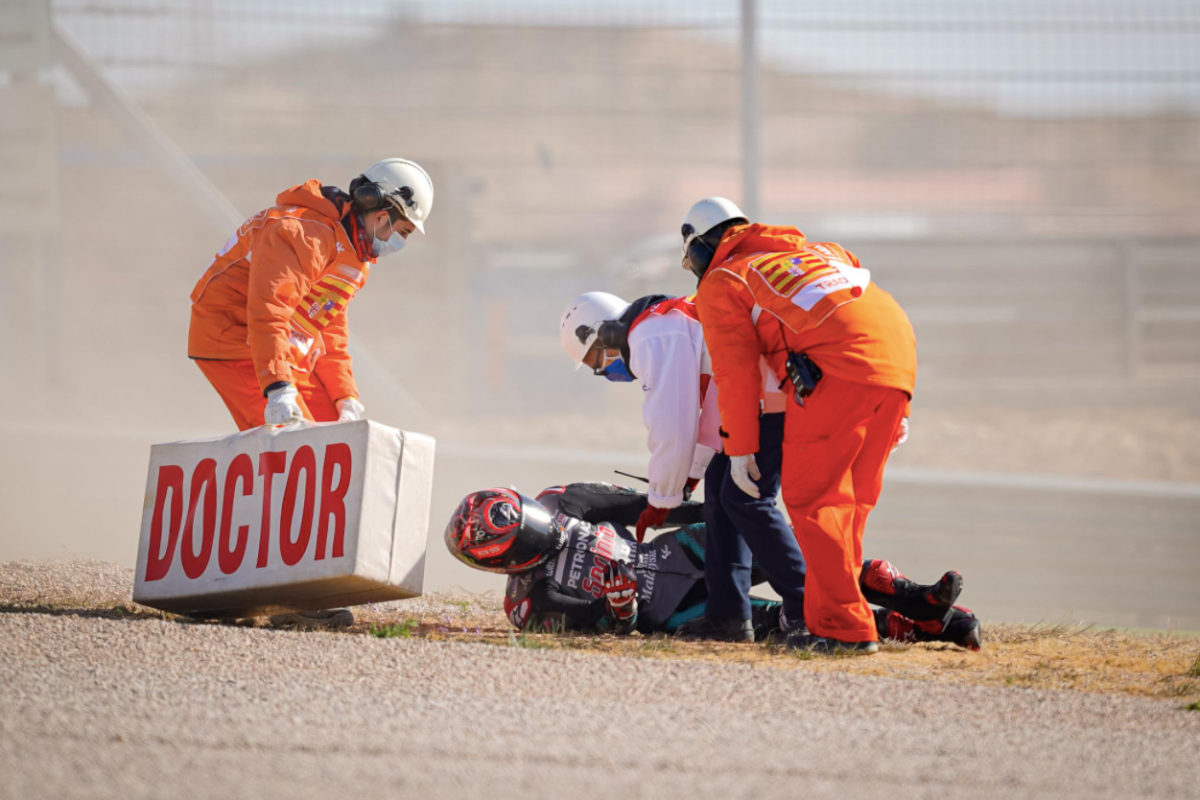 Fabio Quartararo was “happy” to claim pole position for the Aragon Grand Prix after the MotoGP championship leader suffered a hip injury in a scary practice accident.

The Petronas Yamaha SRT rider raised eyebrows after he was flicked from his bike at Turn 14 in the morning’s Free Practice 3 session.

As the dust settled, Quartararo was seen writhing in pain and was tended to by marshals and the track doctor. The Frenchman managed to get to his feet but a stretcher was brought out, with Quartararo in clear discomfort.

Quartararo was taken to the medical centre for a check-up, with a team spokesperson later confirming that x-rays showed the rider had no broken bones despite the 21-year-old languishing with pain in his hip.

It came after Quartararo suffered a fall in Free Practice 1 on Friday morning.

Come qualifying, it was Quartararo who set the timing screens alight, with the second-year ace firing in Q2 to set a 1:47.076s.

“Honestly, as soon as I had the crash, I thought, ‘could I ride in the afternoon?’” a relieved Quartararo said in parc ferme.

“Right now, (the hip) is not that bad, but when I crashed I felt quite bad. I stood up and I felt that something was wrong.

“But I’m so happy, because it was a tough morning. Yesterday I had a crash, this morning again, and normally I take a bit of time to come back.

“FP4 was not so bad, and also qualifying was good. My lap time was great, I could do better, that lap was not perfect.

“I can be happy because we’re on pole position and the goal was to be on the front row today.”

“My arm feels a bit better as well, and it’s nice to come here and get a front row, I was so close in Le Mans as well.

“The team’s done a great job, we’ve been working hard, every session this weekend we seem to have made a small step to understand a little more this rear tyre.”