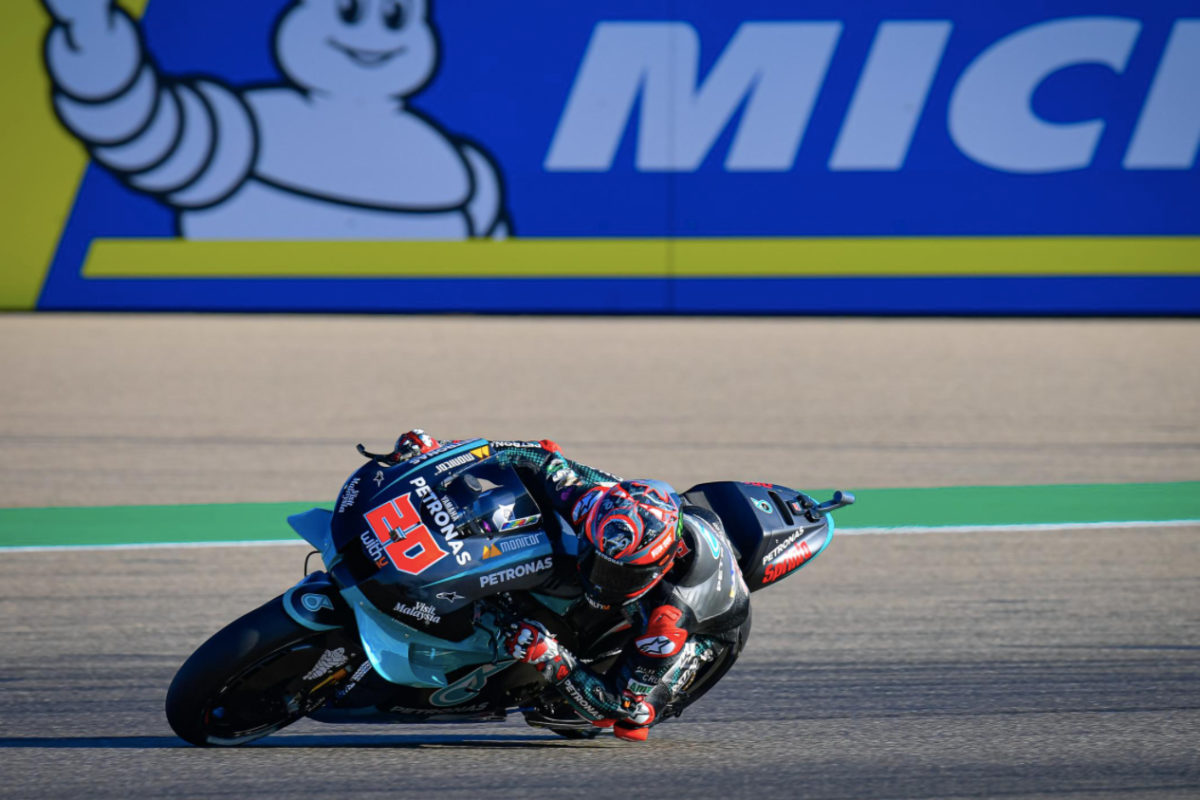 Quartararo, who also fell in Friday practice amid high winds and cold temperatures, suffered a nasty highside on his Petronas SRT Yamaha in FP3 at Turn 14.

The Frenchman had to be helped to his feet and was taken to the medical centre for checks on his hip, though was found to have escaped fractures.

However, Quartararo, who leads the championship by 10 points over Suzuki’s Joan Mir, shocked the field when he returned to claim a fourth pole of his 2020 campaign.

Despite battling pain, Quartararo emerged to set provisional pole with a 1:47.657s, 0.089s ahead of FP4 pacesetter Franco Morbidelli after the first runs.

Friday fast man Maverick Viñales lowered the mark to a 1:47.122s on the works Yamaha, before Quartararo defied his injury to fire in a 1:47.076s to win pole.

Viñales clung on to second, with LCR Honda’s Cal Crutchlow claiming a first front row start in over a year.

There was drama between the Espargaro brothers, with Aleix and KTM rider Pol making contact in the dying stages of Q2 at the final corner. Pol Espargaro ended up 12th behind Alex Marquez (Honda) and Alex Rins (Suzuki).

An incensed Andrea Dovizioso, who was knocked out of Q1 by Ducati runners Miller and Petrucci, will start 13th.