Penske keen to put controversial Bathurst win behind them

Penske keen to put controversial Bathurst win behind them 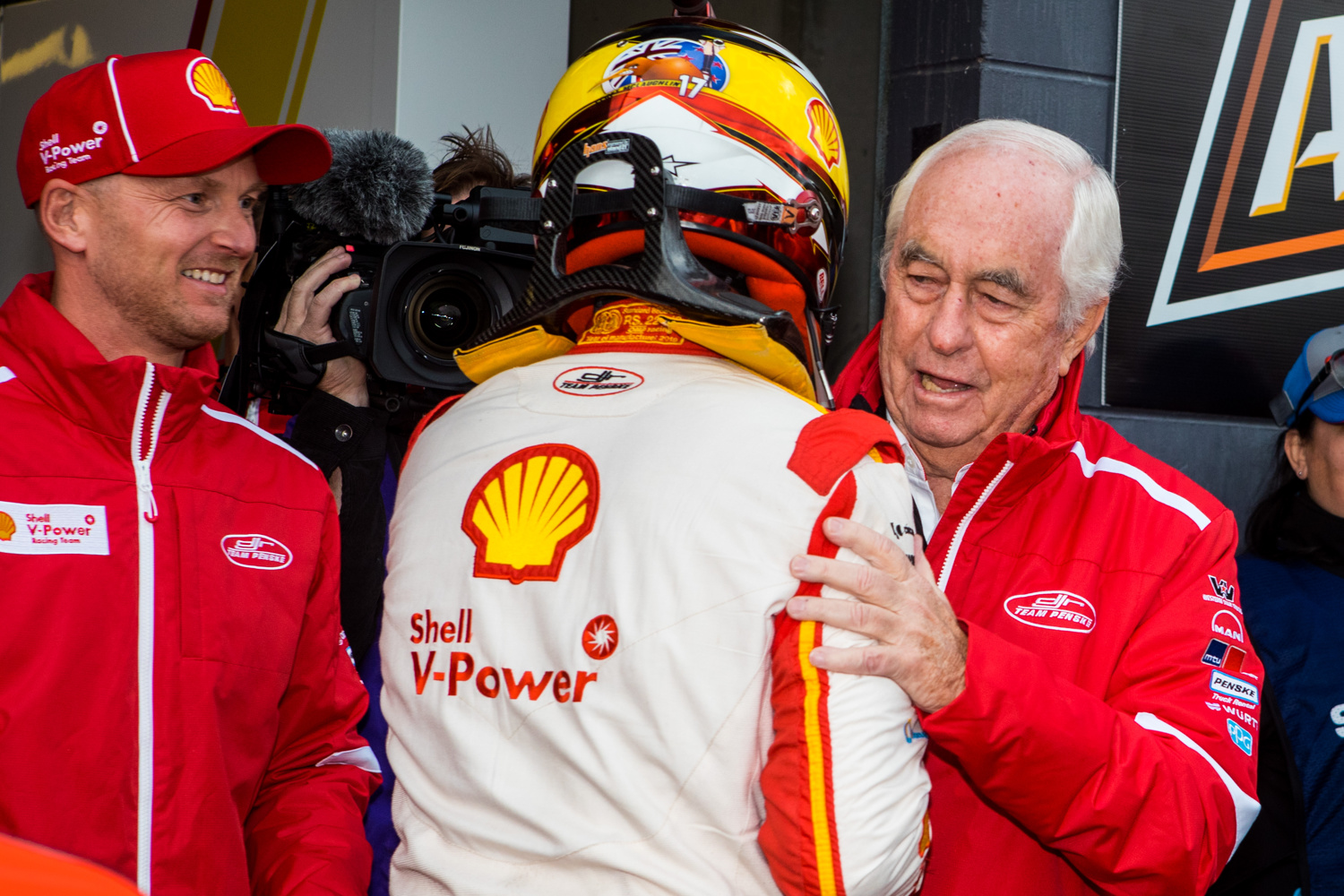 Roger Penske says he is keen to put last year’s controversial Supercheap Auto Bathurst 1000 win behind him with a second straight success at Mount Panorama.

The race was punctuated by an incident under Safety Car that saw team-mate, Fabian Coulthard, slow dramatically, which later led to a $250,000 fine ($100,000 suspended) for the Shell V-Power Racing Team.

The team was also given a $30,000 fine due to an engine breach in qualifying at Bathurst, which saw McLaughlin subsequently relegated to the rear of the grid for the Sandown 500 that followed. However, the Bathurst race result stood.

McLaughlin was stripped of his Bathurst 1000 pole position time after the event, despite starting from the top spot.

“This is the last race of the season, it’s the one we want to win,” said Penske.

“Obviously last year (there was) a lot of controversy. To me, we’d like to get that behind us.”

Following this year’s Bathurst 1000, McLaughlin will fly to the United States where he will make his IndyCar Series debut in Florida.

The second of those tests, the official all-in pre-season hit out, saw McLaughlin set the third fastest time in damp conditions.

The Kiwi was set to contest a handful of races in the USA, but those plans were kiboshed when the coronavirus pandemic struck.

Before his IndyCar Series debut on October 24-25, Penske is hoping to have one of his cars standing atop the podium at Mount Panorama.

“Scotty’s done a terrific job; I think he’s won 42 per cent of the races he’s started for us,” said Penske.

“This would be a great one to top off before we take him down and put him in an IndyCar for the first time.

“I think it’s something he’s wanted to do, we had a chance to test him earlier in the season, we were going to run him in one of the races but we were unable to do that,” he added.

“Thanks to the schedule mix-up, St Pete(rsburg) has given him a chance to try something he’s always wanted to do, so we’re excited to have him come.

“But his focus and our focus now is on Bathurst. I wish all the drivers and teams a great weekend, a safe race, and I hope one of the Shell V-Power cars are at the front at the end.

“Well, there’s no question, just look at the record book and what he’s been able to accomplish.

“He went to the text at Texas earlier in the year and was third quickest in that practice session, so that shows you the talent he has.

“We rate him right at the top. Again to go to IndyCar, last weekend, the top 24 cars were within nine tenths of a second.

“It’s tight, it’s tough, it’s going to be great. I think a great day for him and certainly for us to be able to bring a guy like him into this series for this last race of the series, it’ll be very exciting for us.”