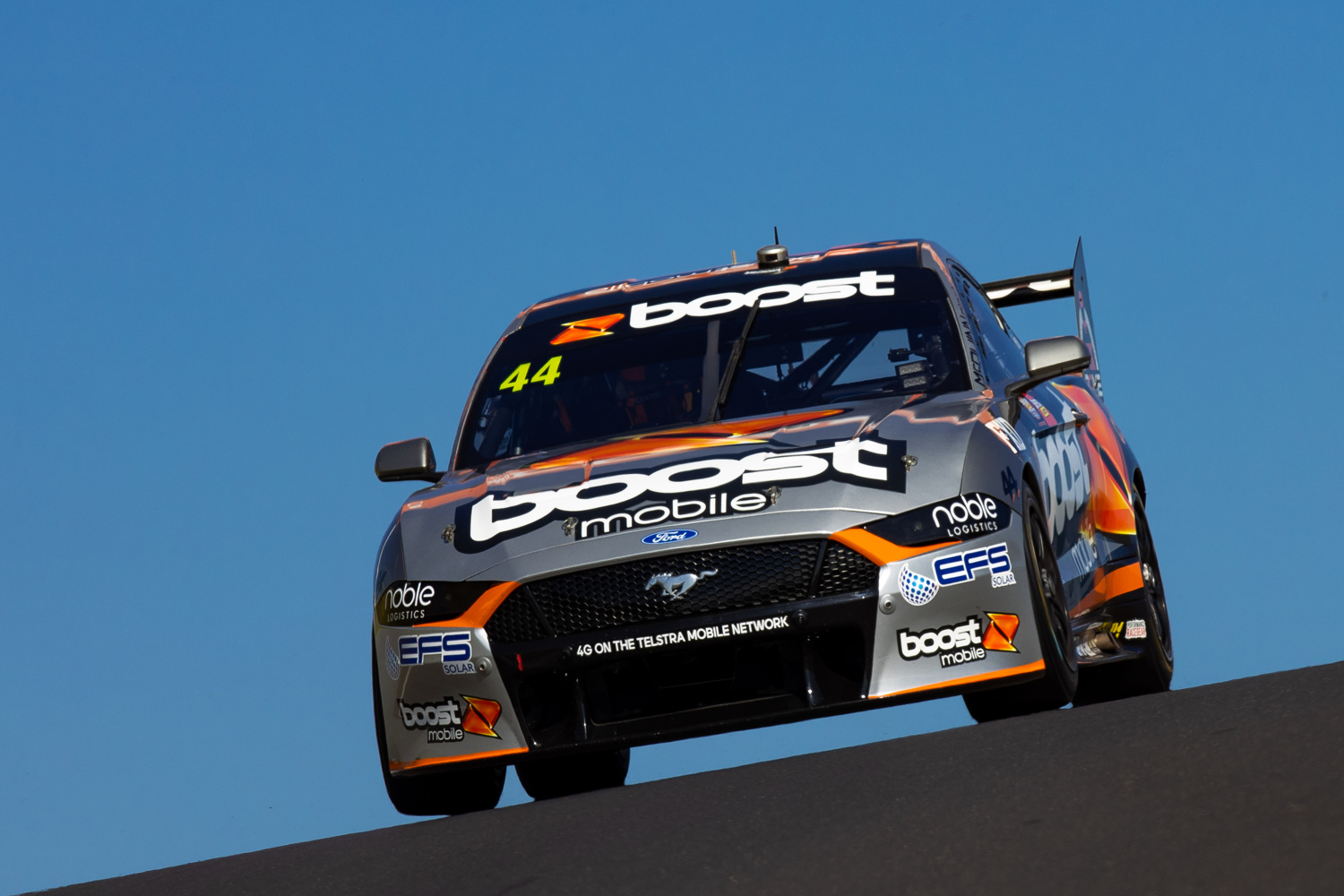 A loose and buckled wheel curtailed Warm Up for the Supercheap Auto Bathurst 1000 for James Courtney and Broc Feeney.

The Boost Mobile Mustang headed out as the session started with Feeney at the wheel, but failed to set a representative lap.

An early red flag interrupted the session before a lap could be completed when Dean Fiore stopped on Mountain Straight before two separate wheel dramas hampered the #44 entry as the session restarted.

“The front wheel was loose, so then we came in and we thought the back one was just loose as well,” explained Courtney.

Feeney reported the problem soon after leaving the pits, limping it slowly back around before returning to the pits.

Both left rear and left front were tightened, the latter after a new wheel was fitted, before being sent back out.

While that resolved the issue with the front, problems remained at the rear.

“The guys re-torqued them up, or changed that front wheel, but the left rear was buckled,” Courtney said.

“How(ever) that sort of slipped through the cracks, it’s good that we found that the wheel’s buckled now.”

The front corner issue was due to the brake disc not seating properly.

“The guys were here until three o’clock last night, couple of tired eyes and whatnot, but it was a bit of a wake up call for us all,” Courtney added.