Kelly and Wood out of contention after clutch failure

Kelly and Wood out of contention after clutch failure 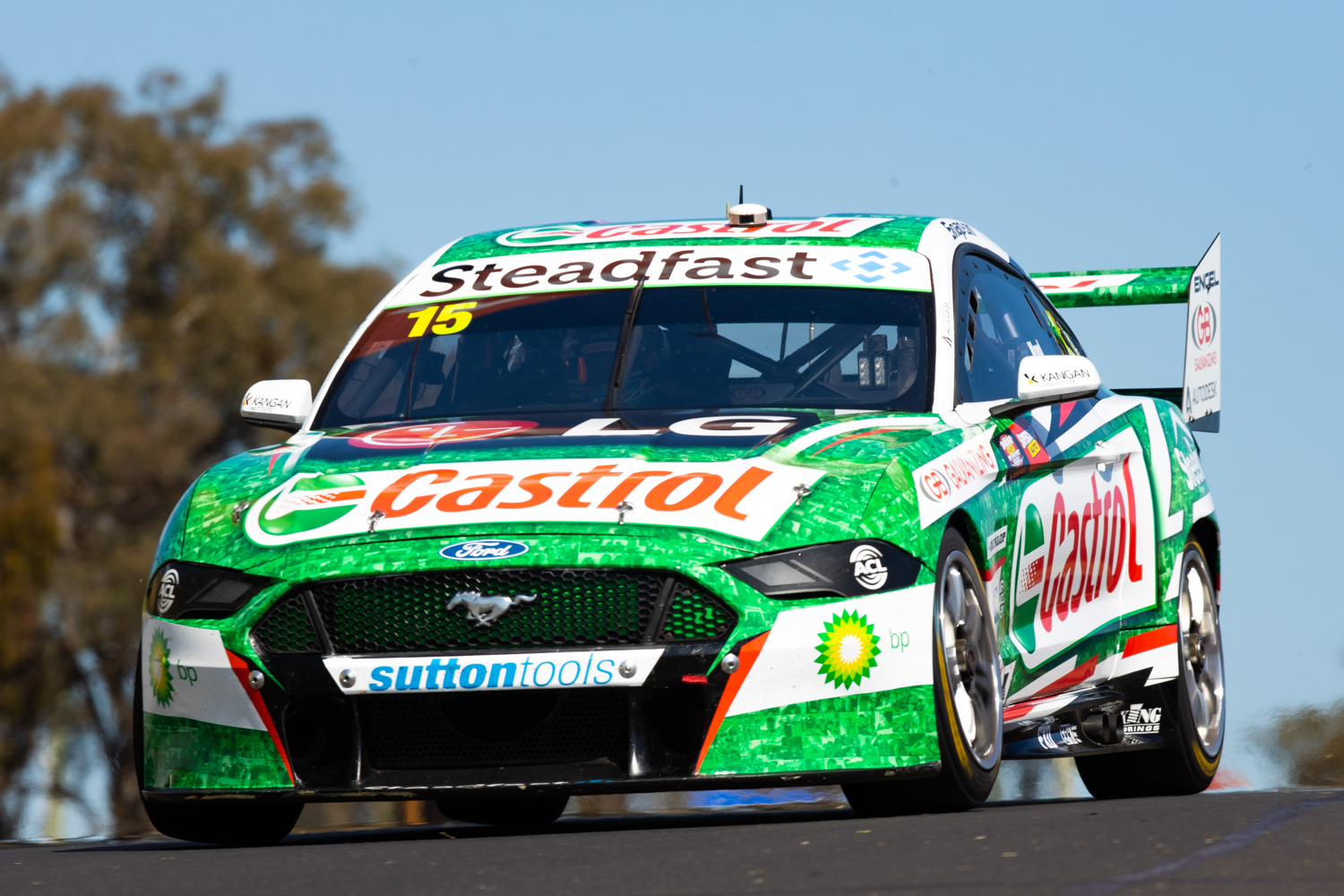 Rick Kelly and Dale Wood have had their Bathurst 1000 hopes dashed after clutch dramas relegated them to the pit garage for 43 minutes.

Kelly, who began the race from 19th, noticed something didn’t feel right with the car’s clutch on the warm up lap.

Come Lap 24, the Castrol Racing #15 Ford Mustang was in the pit lane for its first pit stop where the team sought to rectify the issue.

The 37-year-old tried to depart his pit box but couldn’t get his car rolling. Moments later the team brought the car back into the garage.

“We rolled off the line for the start of the warm up lap, and it (the clutch) was on the floor,” said Kelly.

“Very different feeling, obviously there’s a lot of pressure there when you press the clutch, and it was gone. We’ve never had that before.

“It was a pretty nervous time on the grid, because we decided to try and start the race rather than pit.

“Weirdly, it actually got off the line okay, that last third of the clutch was still working at that point, but it was just flopping around for that last two thirds.

“Throughout the first couple of laps, it wasn’t that bad and I started not using it down the gears, which, around Mount Panorama, is not ideal, especially as you’re coming over Skyline.

“You’re so used to having the clutch work the car down the hill rather than the compression locking trying to heel-and-toe more accurately.

“I had to move to that which knocked the pace around, I tried a couple of things to recover if it was a temperature-related thing and it just got worse and it completely doesn’t work at all.

“I’m not exactly sure what the problem is, whether it’s a master cylinder or a fluid thing or an actual mechanical issue with the clutch. Yeah, pretty gutted.”

Dale Wood returned to the race on Lap 38, albeit 21 laps down, after the team replaced the clutch.

“It’s heartbreaking for the guys to have that happen at the start,” said Todd Kelly.

“The clutch failed on the warm up lap for Rick. We did everything we could to eliminate some the issues that could’ve been. Unfortunately, it looks like the slave cylinder in the bell housing.

“Yeah, it’s a real shame. I hate to say it, but they just need to go out and have a good time, that’s pretty much all we can do now.”