Johnson: McLaughlin’s tribute helmet ‘brought a tear to my eye’

Johnson: McLaughlin’s tribute helmet ‘brought a tear to my eye’ This year marks the 40th anniversary of the famous rock incident at Mount Panorama that ultimately led to the formation of Dick Johnson Racing.

To celebrate the milestone, McLaughlin commissioned a one-off helmet design that draws inspiration from the Tru-Blu Ford XD Falcon.

Iconography on the helmet includes a silhouette of the rock-hitting and Bathurst-winning Falcons from 1980 and 1981 respectively.

The Tru-Blu Steel Tubing logo also features as well as a map of Mount Panorama in its original configuration and the Dick Johnson Racing logo.

Johnson said the tribute meant an awful lot to him.

“Honestly mate, that really brought a tear to my eye to see something like that,” Johnson told Speedcafe.com.

“I really respect the guy and it’s great to see how he thinks of not only me, but the whole team.

“I think it’s an unbelievable tribute and that will go in pride of place at home here.

“I’m going to get a helmet case (for the helmet), of which I have only two helmets of my own, and that will be right at the top of it.

“It’s pretty special, and I hope it brings him really, really good luck.”

McLaughlin said the idea to sport a one-off tribute helmet came when he was reminded of the milestone at a recent Supercars function.

“Going to Bathurst for the final race, I remembered I had a spare helmet at my painters. So I thought, ‘Let’s do something’,” McLaughlin said.

“Originally, we were going to do just a basic one, but then thought we could do something mixed with my colours and a lot of history in the helmet.

“It’s got the Tru-Blu car, then you’ve got the championships and all the Bathurst wins are all included.

“It’s just a tribute to DJ, the 17, and something I can take off at the end of the race on Sunday, sign it, and say thanks to DJ for the opportunity to drive car #17 in the 40th year.

“Four years ago I had a call from him saying come and be a part of this. I never thought I would drive for DJR because back in the day it was going downhill.

McLaughlin plans to gift the helmet to Johnson following this year’s Bathurst 1000.

With an IndyCar Series debut coming the weekend after the Great Race, the 27-year-old said he will deliver the helmet to Johnson when he returns from the United States. 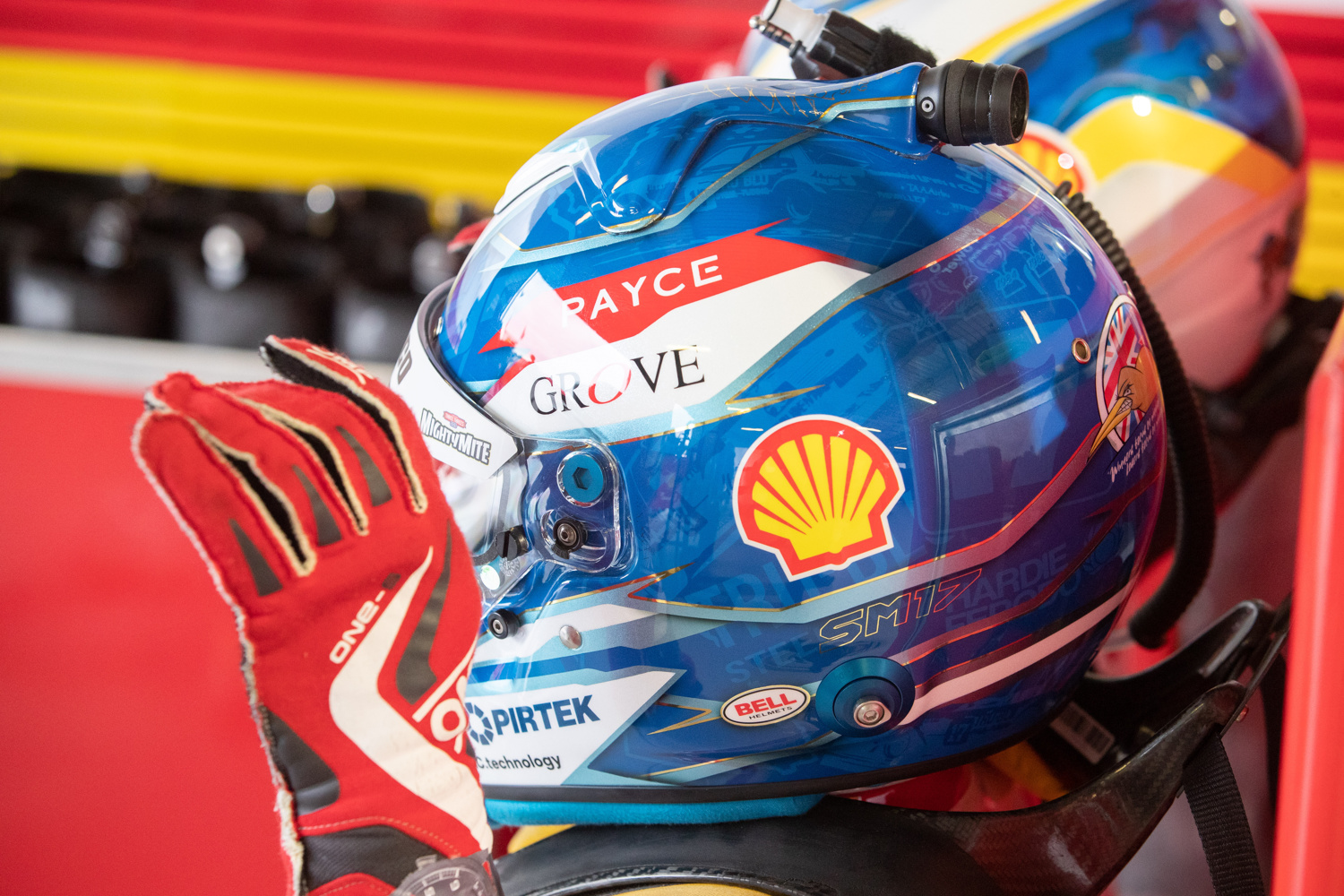