Davison proud of Waters and Tickford after Bathurst podium

Davison proud of Waters and Tickford after Bathurst podium 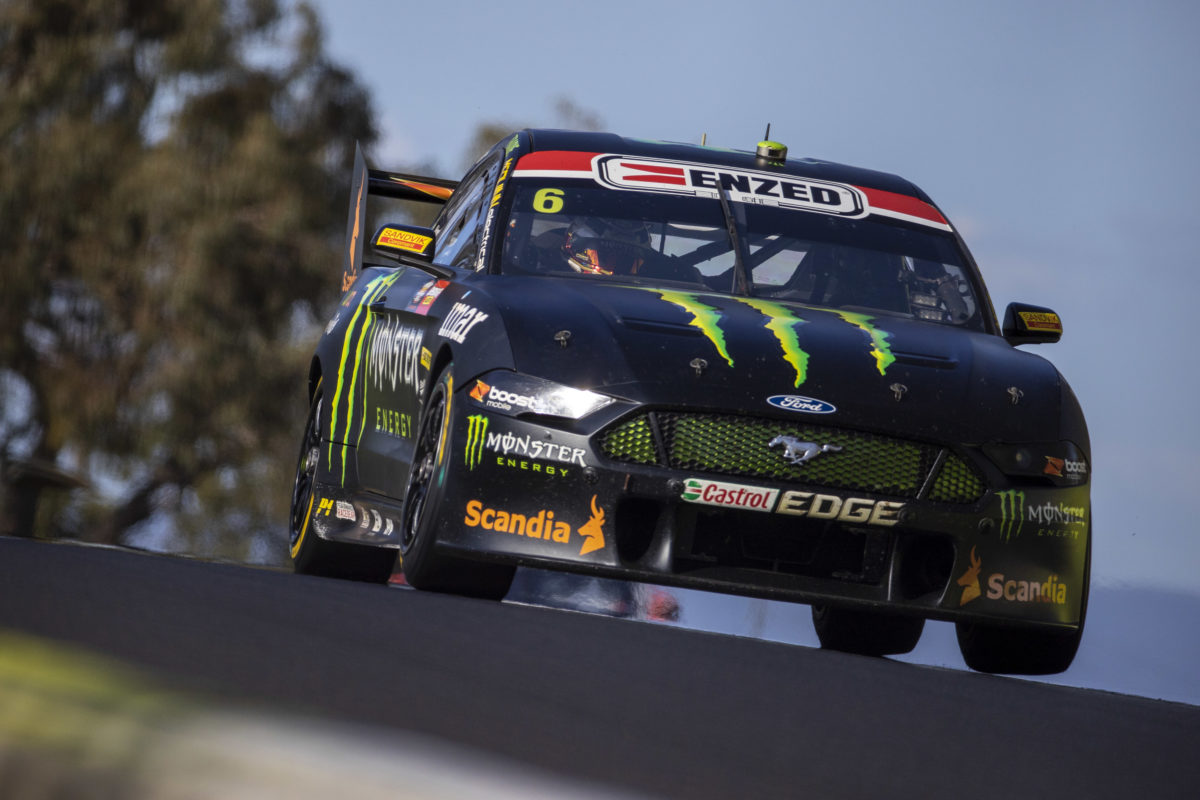 Will Davison said he was proud of Cameron Waters after the Monster Energy Mustang duo combined for second place in the Supercheap Auto Bathurst 1000.

A series of late Safety Cars served only to increase the tension, with a three-lap sprint to the flag ultimately resolved in van Gisbergen’s favour.

“We feel a bit hollow now but everyone should be proud of themselves in the team; they gave us an absolute rocket ship and Cammy, he’s just been absolutely on fire,” Davison said.

“I knew Cam and Shane, you could see the way they were driving the cars – I’d been in there for a couple of stints myself and knew how hard it was stuck up behind someone – so I knew Cam was giving it absolutely everything and I’m just proud of him.

“It’s been an incredible week. Thanks to Tickford Racing and thanks to Cam, really.”

Davison started the race from pole position after Waters set the fastest time in the Top 10 Shootout on Saturday, his first Bathurst pole.

The duo were in contention throughout the race, with Waters admitting he left nothing on the table in pursuit of the victory, though was mindful of the threat third placed Chaz Mostert posed in the closing laps.

“Gave that absolutely everything I had,” Waters said.

“Was trying to fuel save then I was trying to hang on the back of Shane but he had a bit better (tyre) deg(redation) than me.

“I’ve never worked so hard in a race car.

“It’s just awesome to repay all the team for all the hard work; it’s 105 days away from family and from home,” he added.

“They’ve put in so much effort and they really, fully deserve this.

“I was getting a little bit nervous at the end, I had my mate Chazzie behind me with his lights on, so just had to get a bit of a gap so he couldn’t get to my rear bar.”

Waters ends the 2020 Supercars season second in the championship standings, the best result of his career.