Dane hails his ‘most intelligent’ driver

Dane hails his ‘most intelligent’ driver 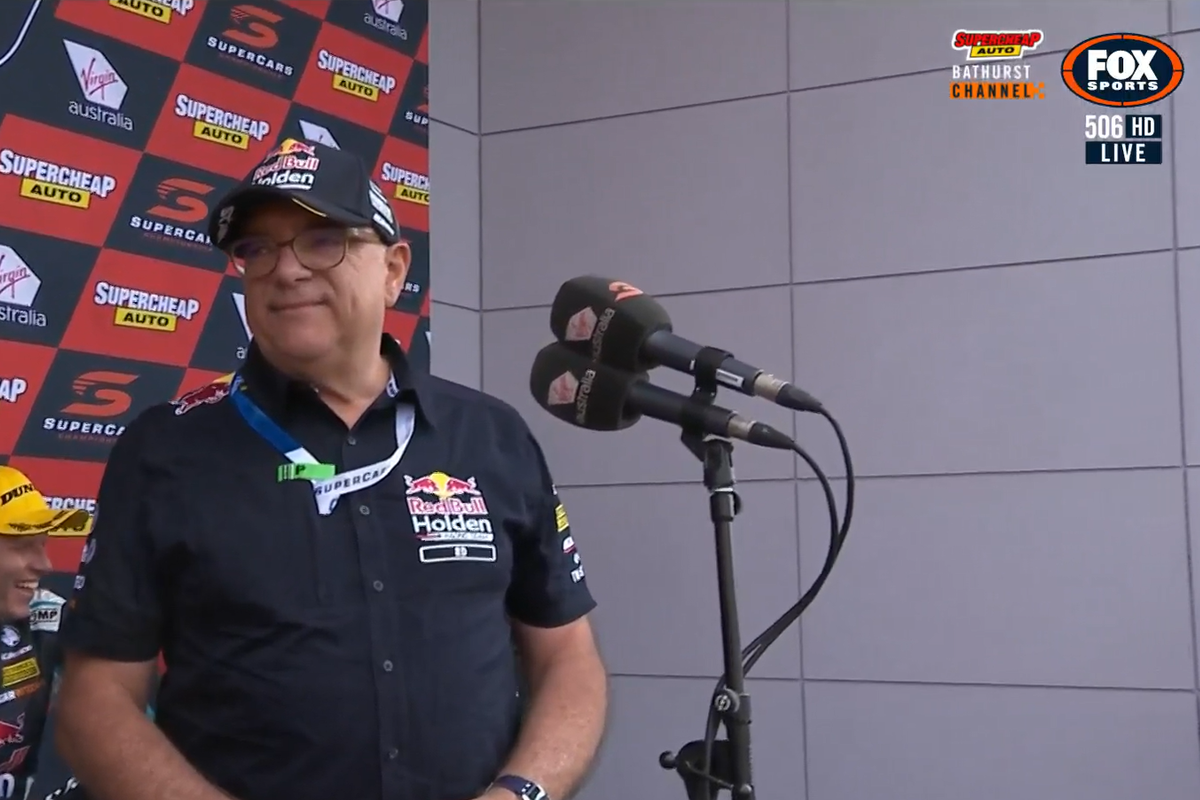 Roland Dane has hailed Shane van Gisbergen “the most intelligent racing driver” after the New Zealander achieved his first win in the Supercheap Auto Bathurst 1000.

Van Gisbergen made the decisive pass in challenging conditions on Lap 56, 105 laps before the chequered flag, but he and Garth Tander kept the #97 Red Bull Holden Racing Team entry effectively in the lead for the rest of the journey.

“It might sound odd but, in the car, he understands totally a race – what’s going on in the race, what’s happening, who’s doing what, what he’s got underneath him – and that’s where he’s so good, and it really worked today.

“He knew when he had to be quick, when he didn’t, managed the tyres at the beginning of the stint, et cetera, and then bring them in later on, let old mate (Cameron Waters) get to within four tenths or whatever, and then push when he needed to.”

On co-driver Tander, who already had three Bathurst 1000 wins to his name with other outfits, Dane remarked, “Brilliant, brilliant.

“The guy did exactly what is says on the tin.”

Dane also had high praise for the rest of the Triple Eight team for their work in pit lane.

Asked if the Banyo squad’s eighth Great Race triumph was one of its toughest, he responded, “Yeah, it was.

“Shane had to put up with how many restarts then?

“It was great, it was great to watch; what an awesome battle between him and Cam.

“The standout is the pit stops; twice we had to pit together, twice we had to do brake pads and doing the same stuff, Shane trying to break his tow so that he couldn’t save fuel behind him (and) get out before us…

“It was strategically great.”