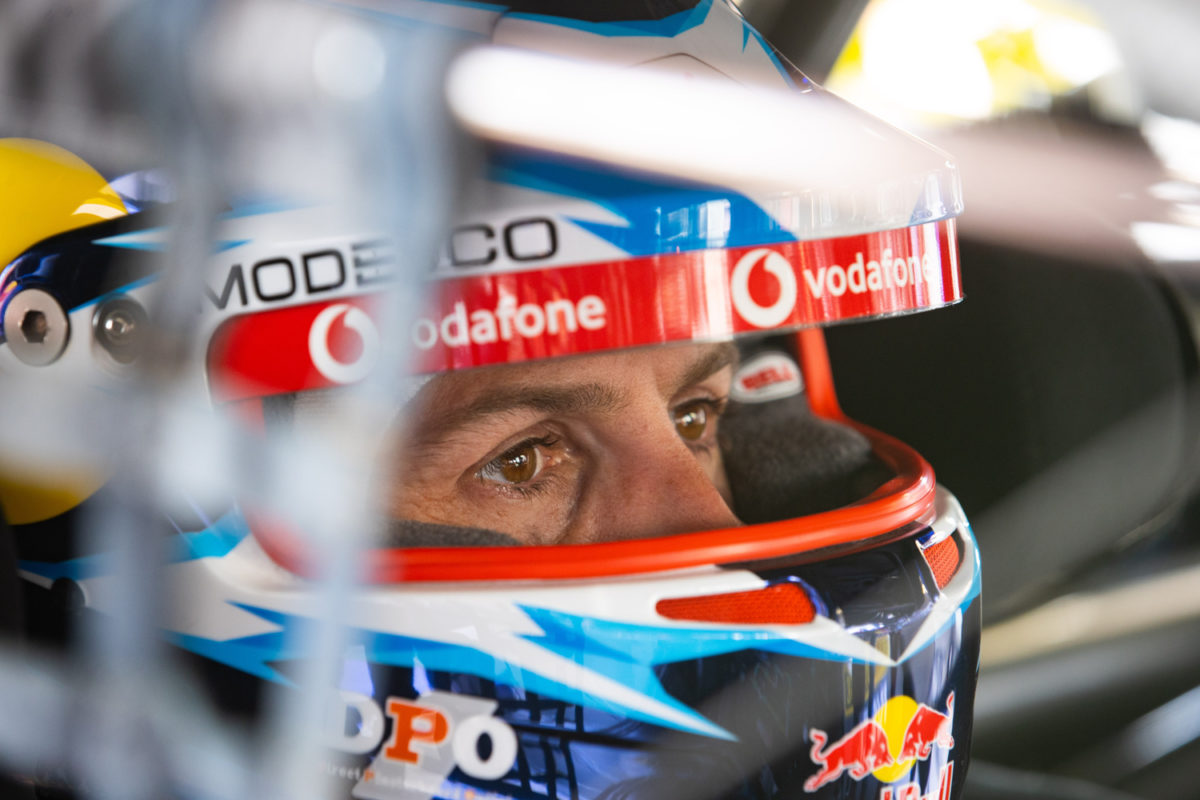 Red Bull Holden Racing Team driver Jamie Whincup admitted he underestimated the effect of a tailwind after a mistake in the Top 10 Shootout left him 10th for the Supercheap Auto Bathurst 1000.

The four-time Bathurst 1000 winner was fifth fastest in Friday’s qualifying session at Mount Panorama, but a mistake under brakes at The Chase saw him run wide in today’s shootout.

The seven-time Supercars Championship winner set a 2:06.3940, a time 2.8s away from the pole position time of Monster Energy Racing driver Cameron Waters.

“Potentially (I) think we underestimated the wind,” said Whincup.

“The wind changed, there was a fair tailwind down Conrod. We’re normally pretty good at that, but I reckon that’s what caught both of us out.

“There are some big straights here, so they’re certainly trimmed right out to get down the chute faster. With a bit of a tailwind, you’re heading into the Chase pretty quick.”

Much of Saturday’s running took place in blustery conditions with a cross wind heading up Mountain Straight and down Conrod Straight, but that swung around  by the time the Top 10 Shootout began.

It left Whincup to lament the mistake, believing he was on for a strong result until the off-road excursion.

“Disappointed with myself,” said Whincup.

“I feel like I let the team down a little bit today. I need to make up for it tomorrow.

“We’ve certainly got as good a chance as anyone I believe, tomorrow.

“Plenty of weather will be around in the morning, so we’ll slip and slide for half the day, keep it clean and hopefully be there at the end.”