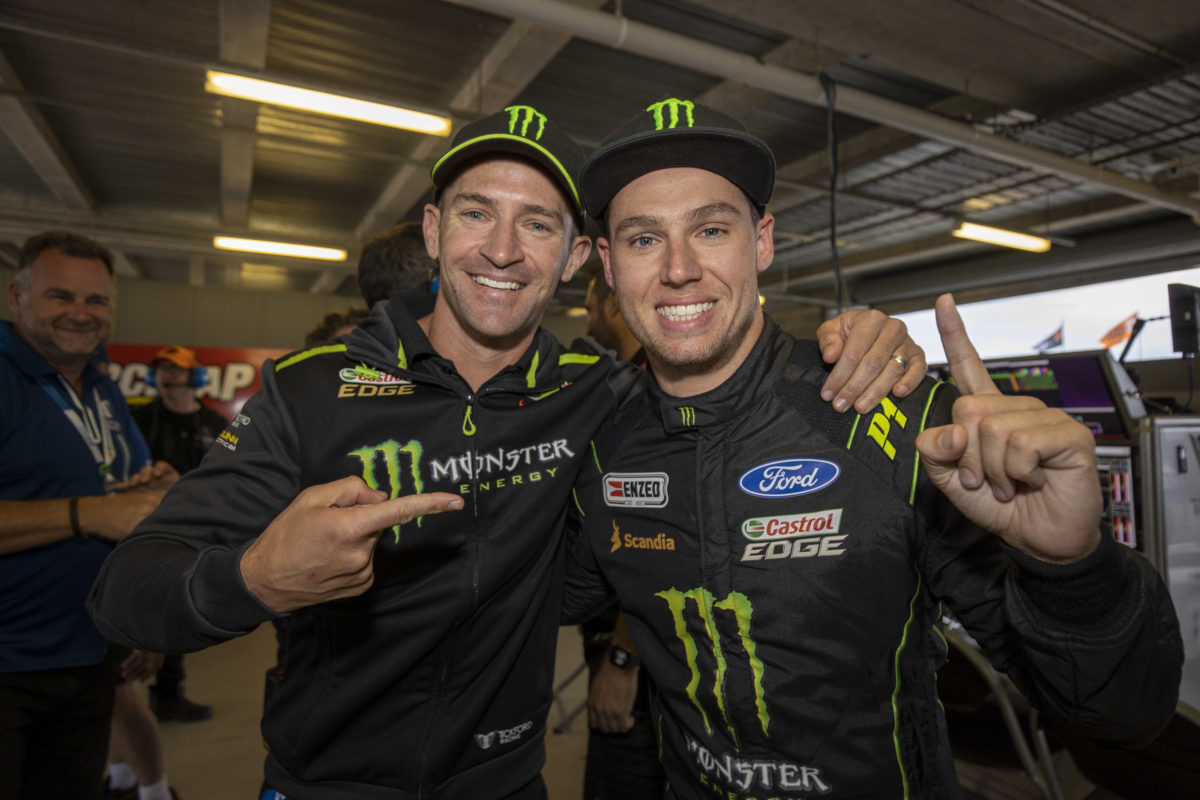 Will Davison and Cameron Waters

Cameron Waters has described the lap with which he claimed pole position for the Supercheap Auto Bathurst 1000 as “absolutely awesome”.

The #6 Monster Energy Mustang driver was fastest in all three sector splits to record a 2:03.5592s, claiming the pole position in commanding fashion.

“That was absolutely awesome. I knew the car had something special in it, I just had to put it all together,” Waters said.

“This is so special for all the boys at Tickford, they’ve earned their piece over the last whole period we’ve been away.”

Waters wheeled out seventh in the 10-car shootout, which at the time was headed by Chaz Mostert on a 2:04.0100s.

He duly stopped the clock just under half a second faster than Mostert.

Despite his prodigious pace, Waters admitted it was not a perfect lap.

“I just knew the markers I had to hit, and I went and did it,” he explained.

“I knew we were going to go a fair bit quicker like we did in practice.

“I’m surprised I stopped the thing, it was bloody red on my dash. I was turning it in, three-wheeled it and got out.

“Made a few little mistakes but the car was so hooked up,” he added.

“The boys have done such an awesome job to give me something like that, just absolutely awesome.”

Waters and co-driver Will Davison demonstrated strong pace across the weekend so far, topping four of the second practice sessions ahead of the shootout. That included Davison setting the pace in the additional driver practice on Friday.

“He’s coming of age. We’re focused on tomorrow, but obviously he’s been very quick in all the sessions and this is a special moment.