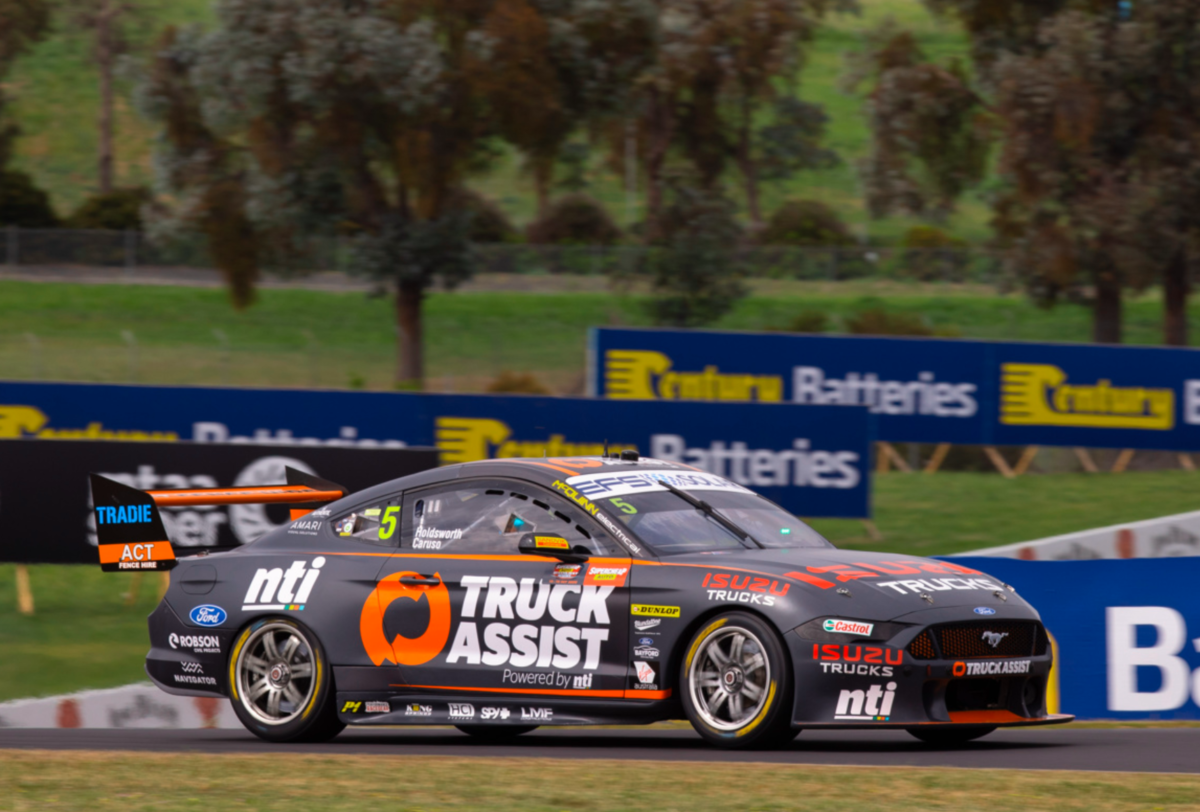 A decision on tyre pressure left Lee Holdsworth unable to back up his Friday qualifying performance during today’s Top 10 Shootout for the Supercheap Auto Bathurst 1000.

The Truck Assist Racing driver set a blistering time on Friday to claim provisional pole, earning himself the right to head into the shootout as the last runner.

A change in conditions from Friday to Saturday saw more cloud cover and a stronger breeze, leading all runners to refine their car setups to cope.

In Holdsworth’s case those changes did not bring the anticipated performance, and he slipped from pole to sixth for tomorrow’s race.

The car will line up fifth after Nick Percat lost his time after being found two kilograms underweight following his lap.

“The fronts never came in, so it was a bit of a toss-up as to what we did with the pressures,” the Mustang driver reasoned.

“I think we got them a little wrong. I pushed as hard as I could, but the grip just wasn’t there.”

Though the performance meant he was unable to replicate his Friday performance, a third row starting position is still a positive.

“Starting P6, I’ve seen people win it from there, so yeah, we’ll press on tomorrow and we’ll see how we go,” Holdsworth said.

“Look, when you’ve got this place to yourself, you’ve got to have a go,” he added of his shootout lap.

“She lit up pretty quickly there, and lost a fair bit of momentum coming over the top from that.

Holdsworth will share the #5 Ford Mustang with Michael Caruso in their second appearance together at the mountain.

Last time the pair teamed up resulted in a podium for Garry Rogers Motorsport in the 2009 edition of the Great Race.

Tickford Racing will start tomorrow’s race with three of its four cars inside the top 10, with Cam Waters and Will Davison on pole in the #6 Monster Energy Mustang.

James Courtney and Broc Feeney will share the Boost Mobile entry out of ninth on the grid, with team’s quartet of entries completed by Jack Le Brocq and James Moffat in the Supercheap Auto Mustang in 15th.