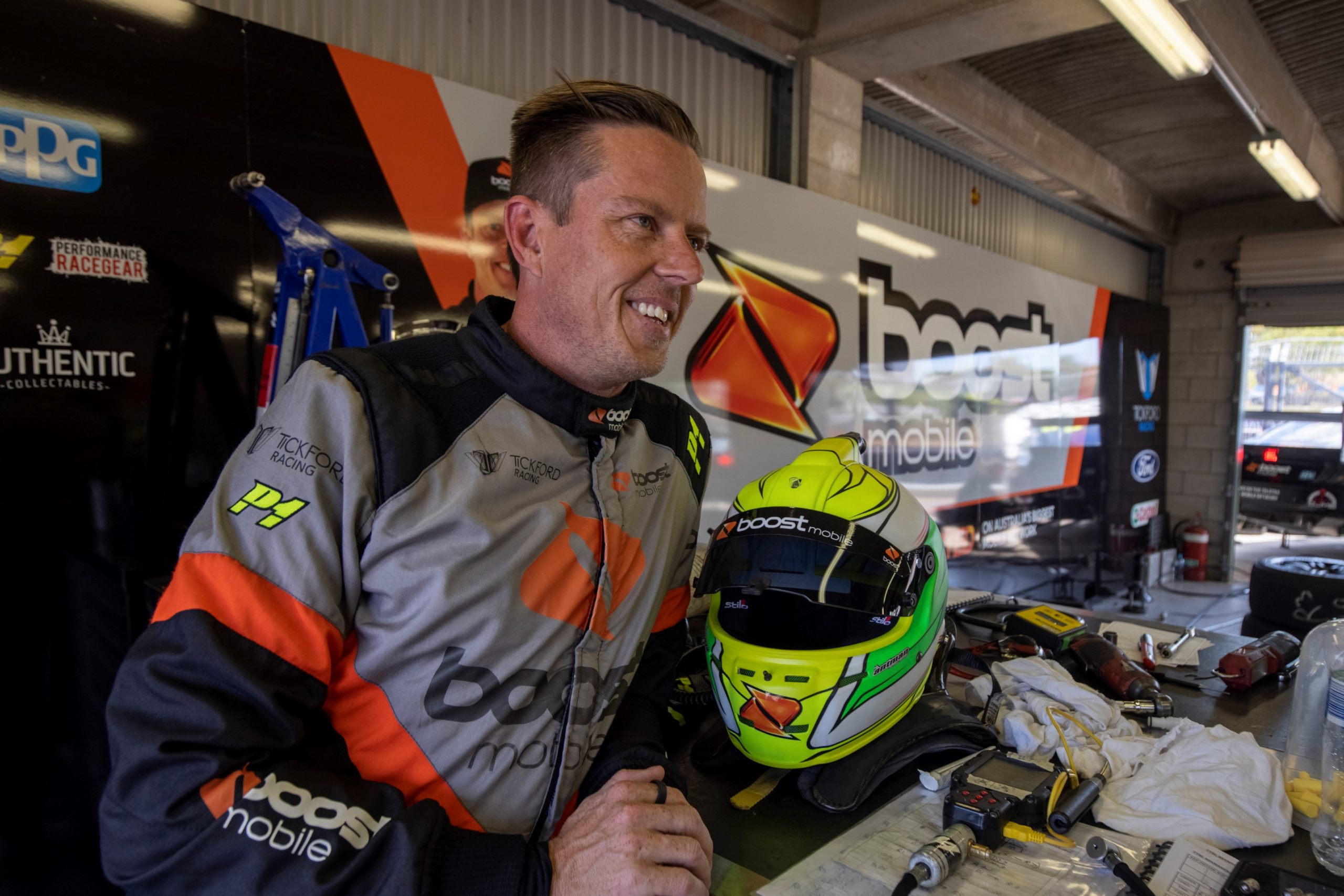 James Courtney will continue racing in the Supercars Championship with Tickford Racing in 2021.

The team has confirmed that Courtney will remain with the operation with Boost Mobile backing.

The 2010 champion joined the team shortly after leaving Team Sydney, with who he contested the season-opening Adelaide 500.

Courtney soon made his return to the championship in place of Will Davison, who was forced out of the Campbellfield side due to the demise of 23Red Racing.

“This year’s been an absolute roller coaster with all that’s gone on, but to end up here at Tickford thanks to Boost Mobile has been amazing, and to continue this relationship into 2021 is just fantastic,” Courtney said.

“I’ve developed great relationships with the boys on my car, the team has been super welcoming since day one, and fortunately we’ve been able to score some strong results on track, too.

“I really couldn’t have asked for a better place to be, and the partnership has been great for Boost as well.

“I guess the saying goes ‘if it ain’t broke, don’t fix it,’ so it makes sense for all of us to keep the party going.”

“When you look at the way this all came together, it’s quite impressive what James and the Boost Mobile crew have been able to accomplish,” said Edwards.

“In reality, he still hasn’t had a single test day with us, but has fit right in with the team and the car extremely well.

“With a proper chance to prepare for a full season, we’re both confident there will be much more to come from JC and the Boost Mobile Mustang in 2021.

“To continue on with Boost in itself is tremendous, obviously they jumped on board at a critical time for our team, and it’s paid dividends for everyone.

“Our partnership is going from strength to strength, and points to more successes on and off the track in 2021.”

This year Courtney has recorded four top five finishes, including a season-best second place finish at the Darwin Triple Crown.