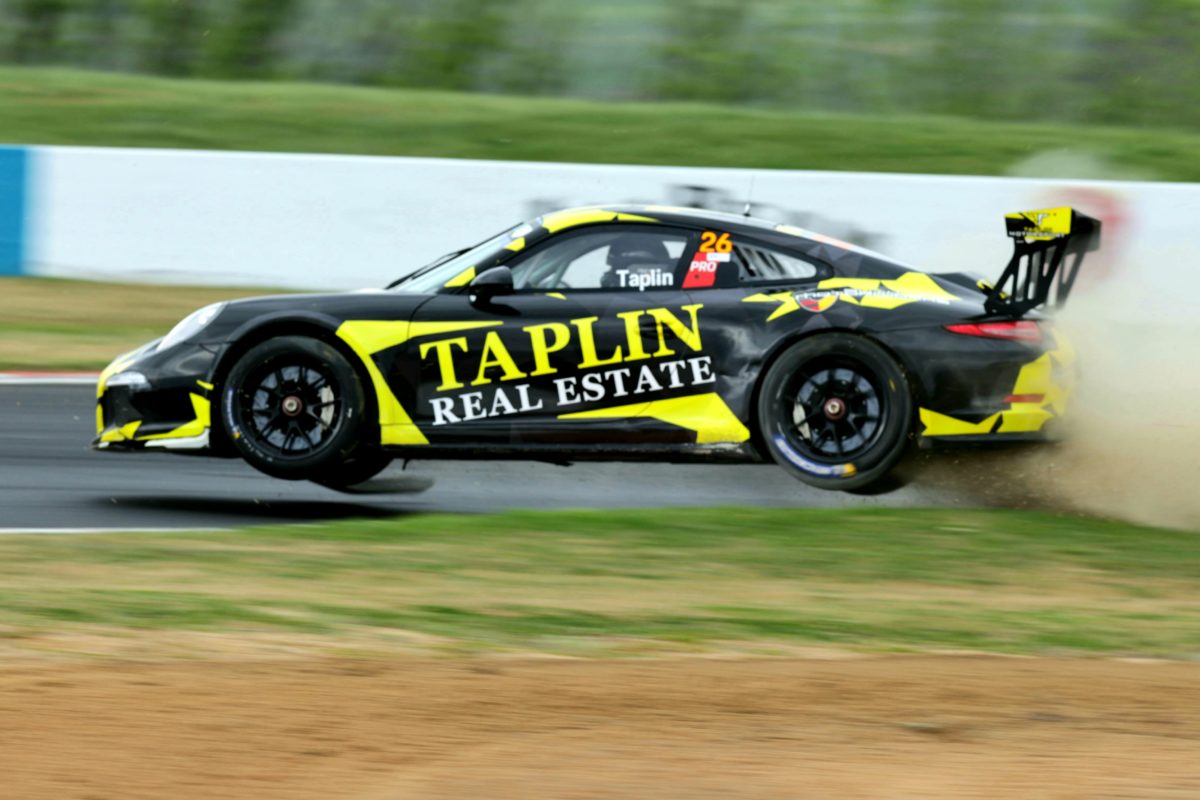 Brad Schumacher converted pole to victory in Race 1 of the Bathurst Tin Tops before mechanical dramas opened the door to a Duvashen Padayahcee win in the later Race 2.

The first race proved a dramatic affair as Schumacher won by five seconds, with Cetin spinning out of the top five into the McPhillamy Park sand trap.

The second race saw Duvashen Padayachee clear Schumacher on Mountain Straight on the opening lap, with Scott Taylor (#222 Porsche) aggressive on Taplin behind.

An ailing Schumacher was later passed for second by Tapiln, before the Audi dropped down the order and limped to pit lane.

Having started 32nd, a racy Cetin charged to 11th by race’s end, with his charge improved by a position on the final lap after Taplin fired off across the Chase infield and narrowly missed Padayachee, who won the race comfortably by 36 seconds over Steven Lacey.

The third and final race of the Tin Tops schedule will commence at 09:35 AEDT on Sunday morning.

Tim Brook made it two wins from two on Saturday in the Toyota Gazoo Racing Australia 86 Series.

Friday’s Race 1 winner Aaron Borg (#1) led Brook (#34), Cameron Hill (#85) and Lachlan Gibbons (#18) in the early stanza, with Brook stealing the lead at the Chase on Lap 1 before Gibbons cleared Hill for third.

A local yellow featured for much of the race after Holly Espray (#777) stopped on pit straight, but that didn’t stop Gibbons taking second from Borg on the run to Hell Corner on the final lap.

Luck didn’t fall the way of Gibbons once Race 3 commenced, with the #18 bogging down off the start. That opened the door for Hill and Borg as they took off after Brook, with Gibbons dropping to 10th.

The Safety Car was deployed on Lap 3 when Jake Rougher (#66) stopped for the second time of the weekend, this time at the Cutting.

On the lap 5 restart, Borg took it to Hill but Crick followed the #85 through at the Cutting. The race was called two laps short due to the Safety Car period, but not before Borg snatched third from Crick into the Chase on what proved to be the final lap.

Jarrod Whitty (#90) managed to pick off Gibbons to round out the top five.

The fourth and final race will kick off at 09:00 AEDT on Sunday morning.

Brad Tilley made it three wins from three in the Combined Historics category after a pair of victories on Saturday at Mount Panorama.

Tilley took victory over son Jamie in his #29 Ford Mustang in Race 2, with the father-son duo repeating the feat later in Race 3.

Ben Wilkinson was third, 6.4s off the win, with the trailing pack of five cars covered by less than three seconds.

The elder Tilley had a fight on his hands in Race 3, with Jamie Tilley taking the lead on Conrod Straight just a few laps after he completed a cracking move on O’Brien for second at Skyline.

However, Brad Tilley would retake the lead at Forrest’s Elbow and closed out his third consecutive win by less than a second.