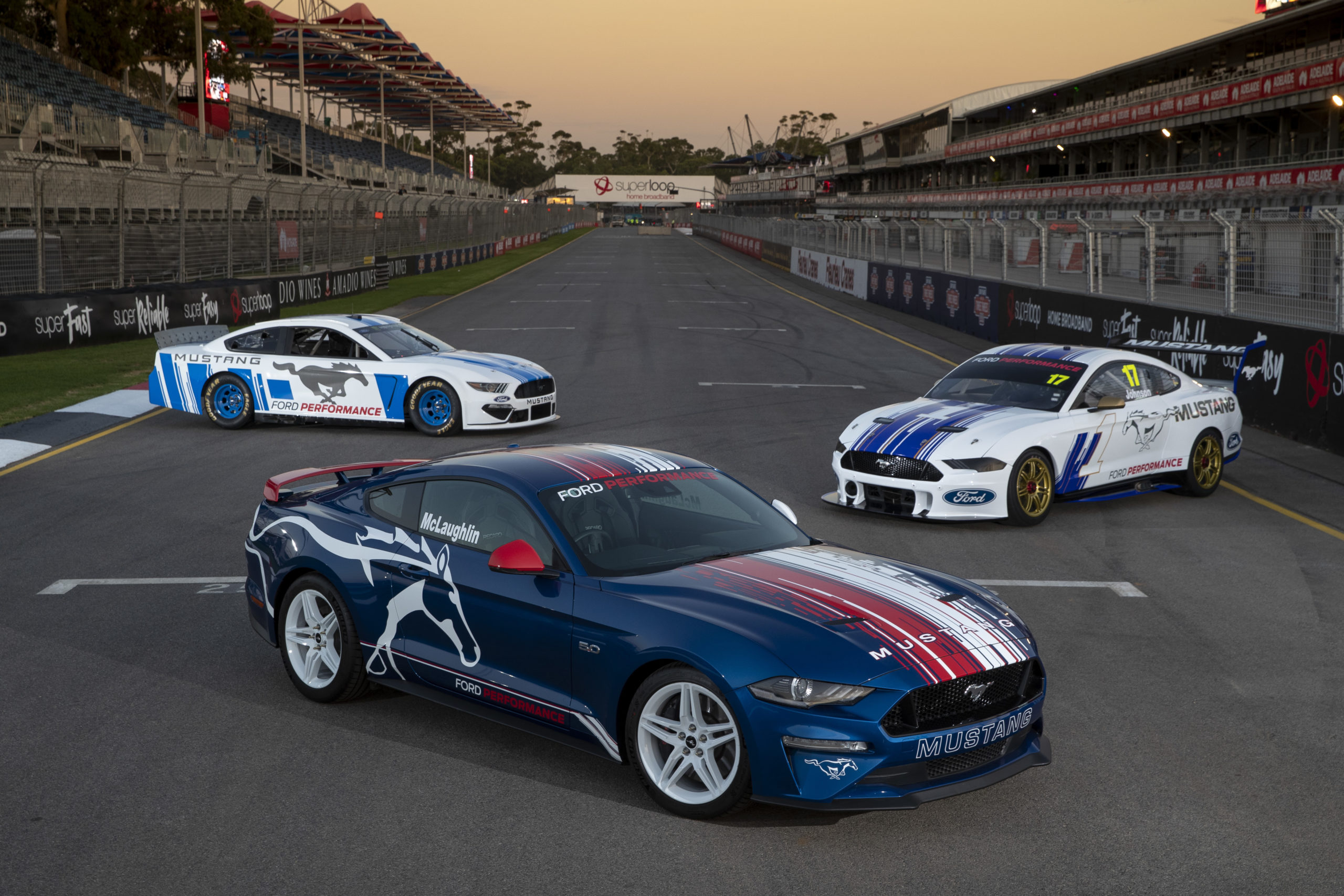 McLaughlin drove the road-going GT Fastback at the Adelaide 500 in 2019 as part of a speed comparison.

“I just remember first driving that Mustang around the streets of Adelaide and asking Rob Herrod what he did to it as it rode the curbs really well,” said McLaughlin.

“Sharing the track with two Ford legends like Dick and Marcos was a hell of an experience and one I’ll never forget.

“To now see the car being auctioned with all proceeds going to Camp Quality is just awesome.”

The car is powered by a 5.0-litre V8 coupled with a six-speed manual gearbox.

It comes with a custom Ford Performance/Mustang graphics package, including painted alloys.

The car is ready for the race track too with a half roll cage, four-point racing harness, and fire extinguisher fitted.

Proceeds from the auction will go to Camp Quality, a charity that aims to help children up to 13 years of age with cancer.

The charity provides coping tools, vital information, and a chance for children to have a break from the trauma of cancer treatment.

“This year has been tough for everyone, but it hasn’t stopped the important work Camp Quality do to support sick kids with cancer and their families,” said Story.

“This Mustang is a very special car, not to mention being the only one Scott has raced that he hasn’t won in.

“This specific car was part of the launch of the Mustang Supercar and Ford coming back into Supercars in a big way. It holds a place in history.

“Along with being driven by Scott, raced against Marcos Ambrose in a NASCAR and Dick Johnson in the Mustang Supercar, this special car was also tuned and prepared by Ford legend Rob Herrod.

“I’m extremely grateful to Ford and to Shannons for supporting this cause, raising much-needed funds for Camp Quality. I have no doubt that this historic Mustang will find a good home.”